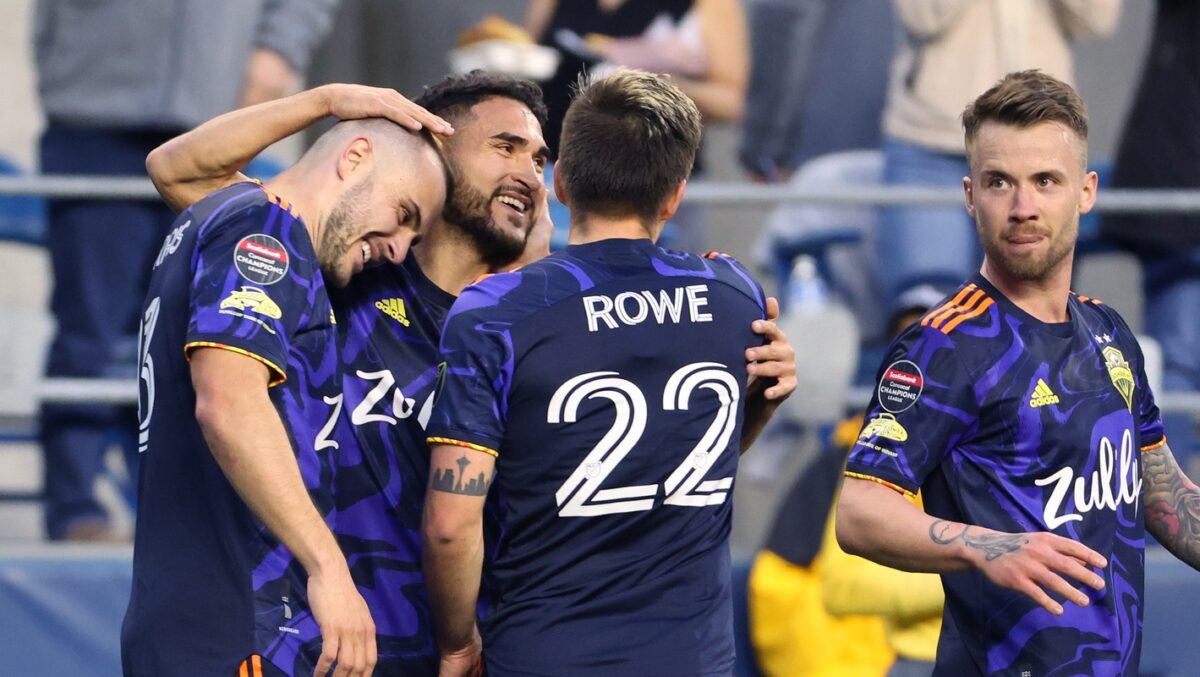 New York City FC secured the precious road goal it was hoping to earn at Lumen Field on Wednesday night in its Concacaf Champions League semifinal visit to Seattle, but the Sounders responded with a flourish that leaves them in control heading into next week’s second leg.

A beautiful Jordan Morris finish and a Nicolas Lodeiro penalty kick helped the Sounders rally to a 3-1 victory over NYCFC in their CCL semi-final first leg on Wednesday, helping offset a Thiago Andrade equalizer that matched an early Albert Rusnak finish.

The Sounders will enjoy a two-goal cushion heading into next week’s second leg at Red Bull Arena after a VAR review awarded the Sounders a penalty kick when NYCFC defender Thiago Santos was adjudged to have kicked Raul Ruidiaz in the penalty area. Lodeiro’s 66th-minute penalty conversion made the final score 3-1.

Morris was the star of the night, helping open the scoring by setting up Rusnak’s 16th-minute goal with an excellent assist.

Morris regained the lead for the Sounders just seven minutes later with a right-footed blast off a Cristian Roldan assist.

NYCFC will come away from Wednesday’s loss feeling wronged by the VAR decision given how close a call it was, but replays showed Santos make contact with Ruidiaz, who pounced to step in front of the Brazilian defender as he prepared to attempt a clearance.

The two MLS powers will face off in the second leg on Wednesday at Red Bull Arena.