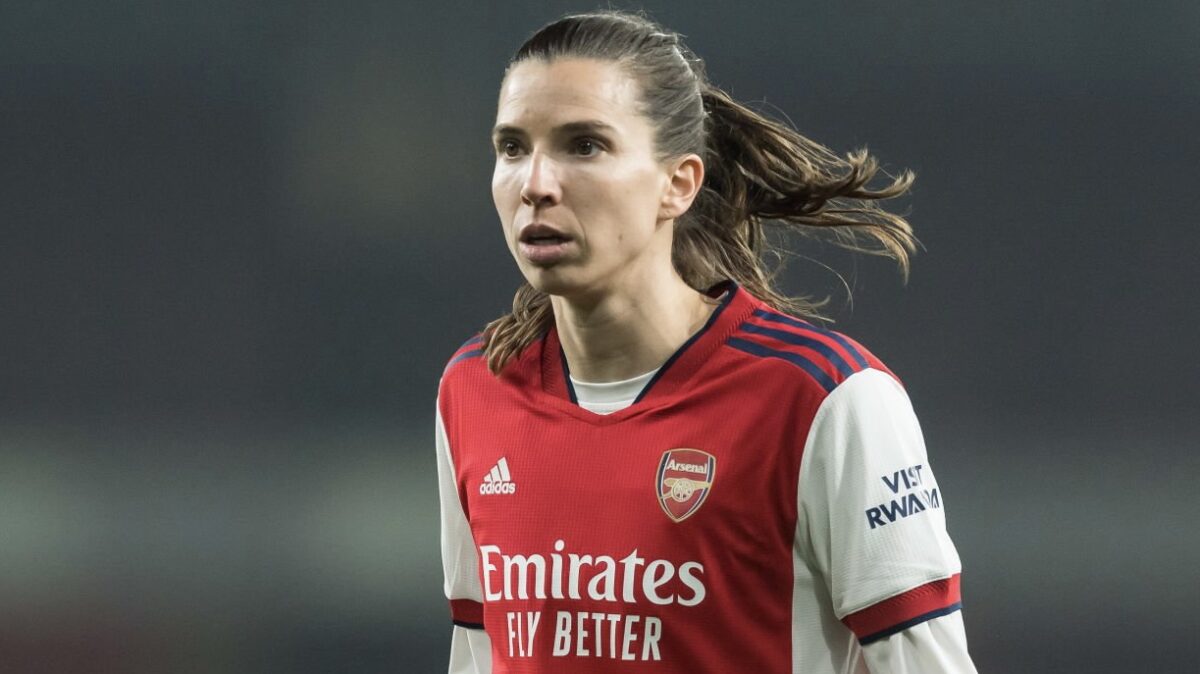 Tobin Heath’s season has come to an abrupt end for English Women’s Super League side Arsenal.

Heath has left the Lady Gunners by mutual consent on Thursday, ending her one-year stay with the London-based club. The 33-year-old suffered a hamstring injury last week at Arsenal, which would’ve sidelined her for the final three matches of the season.

Heath will return to the United States and began rehabilitation on her hamstring ahead of this summer’s Concacaf World Cup Qualifiying tournament with the U.S. women’s national team.

“It’s been a pleasure to work with Tobin this season,” Arsenal manager Jonas Eidevall said. “She has made an important contribution both on and off the pitch, with her mentality and character setting a great example to the entire group. We wish Tobin well for the future and look forward to seeing what comes next for her.”

Heath joined her childhood club Arsenal in September 2021 and went on to score three goals in 17 combined appearances. She appeared in four different competitions for Arsenal, including the UEFA Women’s Champions League and the English FA Women’s Cup.

“Although I’m disappointed that my time at Arsenal has come to an early end, I have loved every minute of my time here,” said Heath. “I would like to thank everyone at the Club who has made me feel so welcome. Arsenal is a special Club and this is a special group of players. I have no doubt that they are bound for success in the near future and I’ll be supporting the team with the rest of the Arsenal family from now on.”

Heath has earned 181 caps for the USWNT to date, scoring 36 goals, winning two World Cups and two Olympic Gold Medals. She will aim to be involved in Vlatko Andonovski’s 23-player roster for the Concacaf World Cup Qualifying tournament, which takes place from July 4-18 in Mexico.