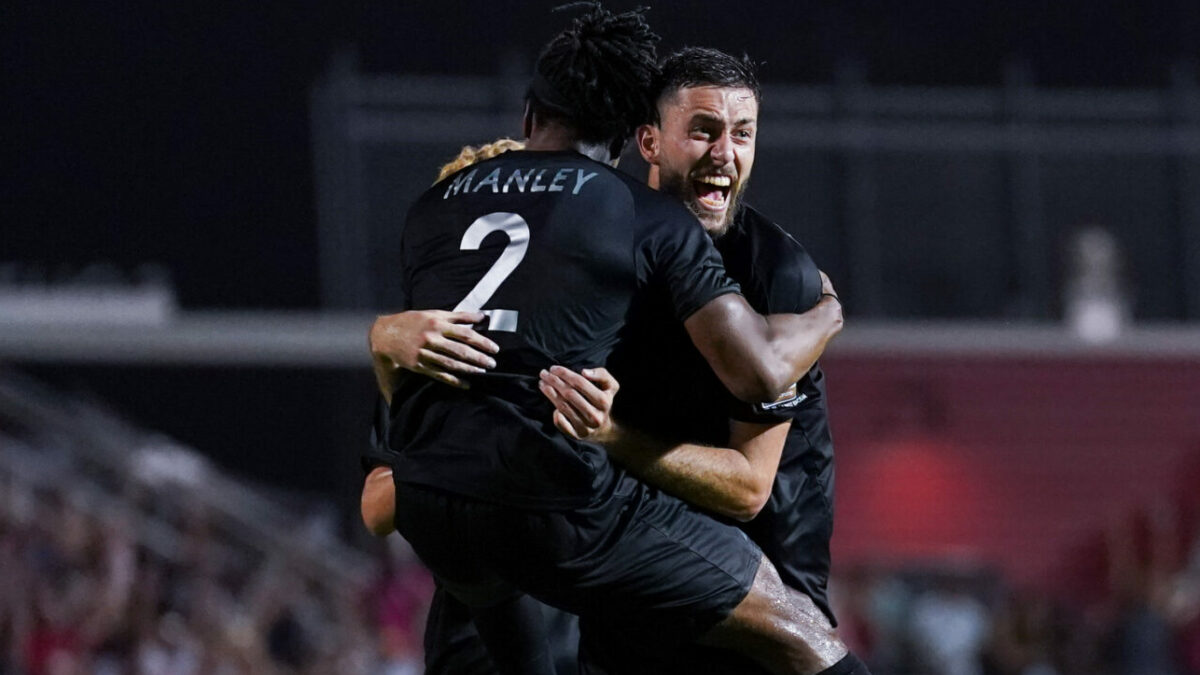 The U.S. Open Cup third round came to a close on Wednesday with 13 clubs clinching their spots into Thursday’s fourth round draw.

Despite an opening goal scored from veteran playmaker Diego Fagundez, Austin FC failed to score in extra time as San Antonio FC goalkeeper Jordan Farr finished the match with seven saves. Farr’s best moment came in the dying stages to deny Austin FC on the doorstep from forcing a shootout.

San Antonio FC has now won four-straight across all competitions, setting the stage for involvement in the fourth round this May. Meanwhile for Austin FC, its first-ever involvement in the U.S. Open Cup came to an early end, giving Josh Wolff’s side their second defeat of 2022.

RSL had two early opportunities denied by Hailstorm goalkeeper Thomas Olsen while the visitors offered little in the attacking third. However, momentum shifted in Hailstorm’s favor in the 70th minute as Robert Cornwall’s long-range shot found the bottom-left corner past a diving David Ochoa.

Olsen wasn’t called into action for the remaining 20+ minutes, watching as his Hailstorm teammates completed the job.

RSL’s winless run extended to four matches in all competitions with the defeat.

Lewis Morgan and Aaron Long scored seven minutes apart for Gerhard Struber’s men, putting Hartford Athletic into some early pressure in front of their home fans. Morgan’s long-range strike opened the scoring for the Red Bulls before Long finished into of the box for his second goal in 2022.

Hartford Athletic did not lie down though as the hosts cut the deficit to 2-1 early in the second half. Conor McGlynn’s confident finish from outside of the Red Bulls box, put pressure back onto the MLS visitors.

However, Hartford Athletic could not find an equalizing goal, falling after two rounds in the tournament.

Cristian Casseres Jr was ejected late in stoppage time, which rules him out of the Red Bulls next round matchup.

Charlotte FC needed extra time to defeat Greenville Triumph on Wednesday night, with one of the team’s veterans playing the hero role away from home.

Harrison Afful’s 105th minute winner proved to be the difference as Miguel Angel Ramirez’s side claimed a first-ever U.S. Open Cup victory. Kamil Jozwiak set up Afful prior to the extra time intermission break, before Afful hit a low drive into the bottom-right corner.

Christian Ortiz’s second goal for the club came in the 39th minute for Charlotte FC, who started many first-team players. However, Greenville Triumph fought their way back and equalized 14 minutes into the second half.

After nobody could find a winner in regulation, extra time was needed to determine a winner. Afful logged 120 minutes in midfield for Charlotte FC and delivered his first club goal since 2020, propelling the visitors into the next round.

Here are all of Wednesday’s U.S. Open Cup results: