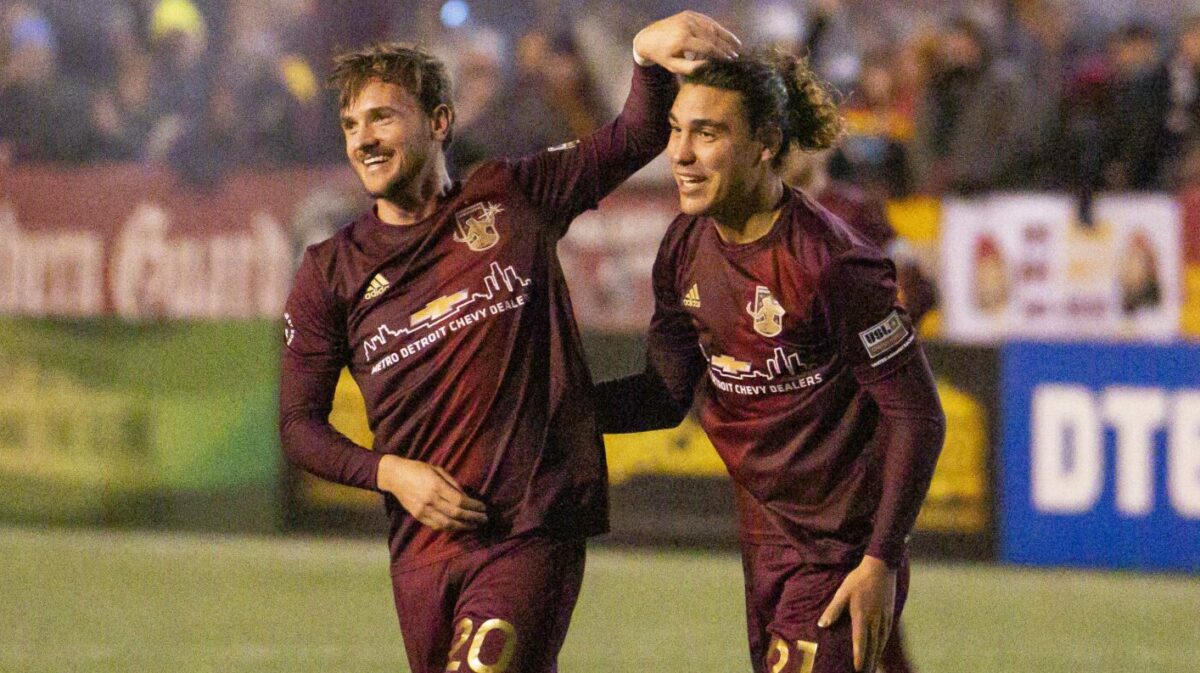 MLS clubs began their involvement in the 2022 U.S. Open Cup on Tuesday, but for two Eastern Conference clubs, their stay ended up being short following upset defeats.

The Columbus Crew and Chicago Fire both were eliminated from the competition, losing to lower-league opposition. Caleb Porter’s Crew fell 2-1 at USL Championship side Detroit City FC, conceding two goals to Maxi Rodriguez in the loss.

Gyasi Zardes sprung the Crew into an early lead thanks to a perfectly-placed penalty kick in the seventh minute. The U.S. men’s national team forward stepped up and slotted home into the bottom-left corner for an early advantage for the MLS visitors.

However, Detroit City fought its way back in the second half as Rodriguez played the hero for the hosts. Rodriguez equalized for Detroit City FC in the 64th minute after latching onto a cross from former Philadelphia Union forward Antoine Hoppenot.

The comeback became complete in the 86th minute after Rodriguez scored from the penalty spot after Josh Williams bundled over Michael Bryant in the box.

Columbus had a few chances to tie things up, but eventually suffered a disappointing defeat.

Union Omaha became the first USL League One side to eliminate MLS opposition in the U.S. Open Cup, ousting the Chicago Fire 5-4 in penalty kicks at Soldier Field.

The visitors pegged Ezra Hendrickson’s side back twice in the match, using goals from Noe Meza and Alex Touche to force a penalty shooutout. Rafael Czichos scored a pair of penalty kicks in regulation for the Fire, but Touche’s 122nd-minute equalizer kept the dream alive for Union Omaha.

Veteran Kacper Przybylko and Miguel Navarro both missed their penalty attempts, eventually sealing the deal for Union Omaha. Despite Spencer Richey making one save in the shootout, the Fire suffered a third all-time exit at the hands of lower-league opposition.

The L.A. Galaxy advanced to the fourth round of the U.S. Open Cup, edging past Landon Donovan’s San Diego Loyal at Dignity Health Sports Park.

Kevin Cabral’s first-half goal was all Greg Vanney’s side needed to punch their ticket into the next round. Cabral followed his own rebound off the post in the 28th minute, tapping home for his first goal of 2022.

San Diego defender Grant Stoneman failed to make a clearance in the build-up on the goal, a costly mistake for the USL visitors.

Jonathan Klinsmann got the start in goal for the Galaxy and made five saves, helping the Galaxy avoid any late scare in front of the home supporters.

Ola Kamara scored the first and final goal for Hernan Losada’s side in a 3-0 road victory over the lower-league side. Despite rainy and wet conditions, the MLS visitors eventually flexed their muscles in the win.

Kamara’s opener came in the 73rd minute after the veteran striker headed home after countless pressure from D.C. United.

The pressure continued for D.C. United as Nigel Robertha slotted home his first goal of 2022 following an assist from Kamara. Robertha’s right-footed shot from a tight angle doubled D.C. United’s lead and put Flower City Union out of reach.

Kamara added a second goal in the final moments, scoring from the penalty spot after being brought down in the box by Union goalkeeper Maykell Ortega.

Jon Kempin was only called into action once for D.C. United, giving the Eastern Conference club its first clean sheet since March 5.

Here are all of Tuesday’s U.S. Open Cup results: