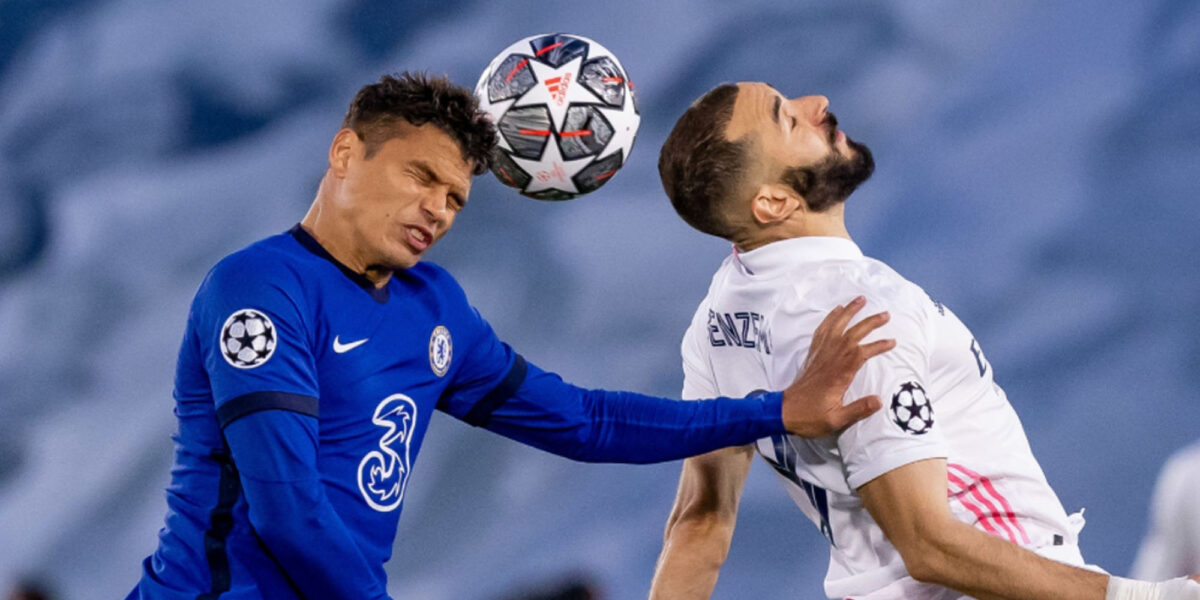 The UEFA Champions League field is down to eight clubs with the quarterfinal first legs set to kick off on Tuesday.

Defending UCL winners Chelsea may be fighting for a top-four finish in the English Premier League, but will have to turn its attention to Real Madrid this week. In a rematch of last season’s semifinals, the Blues come into Wednesday’s match off of the back of a humiliating 4-1 home league loss to Brentford. Thomas Tuchel’s side will need a bounce-back performance in order to avoid falling into an early hole to Los Blancos. Real Madrid has won four of its last five matches and remains in prime position to win La Liga this season.

Current EPL leaders Manchester City faces a tough test with Atletico Madrid visiting the Etihad Stadium on Tuesday. Pep Guardiola’s side might have one eye on next weekend’s top-two clash with Liverpool, but can’t afford to overlook Diego Simeone’s squad this week. The Citizens are 5-0-2 in their last seven matches across all competitions since losing to Tottenham 3-2 in February. Atletico Madrid has won its last six matches across all competitions and overall is unbeaten in eight straight.

Chelsea and Real Madrid meet for the second-consecutive edition of the UEFA Champions League tournament, but this time its a spot in the semifinals at stake.

Thomas Tuchel’s side six-match winning run came to a screaching halt on Saturday after Brentford handed Chelsea a 4-1 home loss. Christian Pulisic was not a part of the action for the Blues, but should be back available in attack. The U.S. men’s national team star scored against Los Blancos in last season’s semifinals and would bring another element to Chelsea’s attack, should Tuchel decide to use him.

Real Madrid rebounded from a 4-0 hammering by Barcelona on March 20 by defeating Celta Vigo 2-1 on Saturday, gaining momentum for this week’s first leg clash at Stamford Bridge. Karim Benzema has been sensational in all competitions for Carlo Ancelotti’s side, scoring eight goals in the Champions League alone. The French striker scored twice on Saturday and will be eager to get after an inconsistent Chelsea defense.

The current Premier League leaders welcome Diego Simeone’s side to the Etihad Stadium for the first time, in what should be an intriguing battle between one of Europe’s potent attacks against one of the top defensive units. Man City has won five of its last seven matches, including league victories over rivals Manchester United, as well as Burnley and Everton. Riyad Mahrez leads the team with six UCL goals while Gabriel Jesus and Raheem Sterling each have three apiece.

Atletico Madrid has won six-consecutive matches across all competitions and will now prepare to eliminate a second Manchester club in this season’s tournament. Renan Lodi played the hero in March’s 1-0 second leg win over Manchester United in the Round of 16, setting up a first-ever clash with Man City. Joao Felix and Luis Suarez each scored two goals apiece for Atletico Madrid on Saturday against Alaves and will headline a deep bunch of scorers. Defensively, Stefan Savic is a former Man City player while Jose Gimenez remains one of the top centerbacks in La Liga.

Benfica and Liverpool will square off for the first time in European competition with both teams in strong form over recent weeks.

The Portuguese hosts have won three of their last five matches, eliminating Dutch club Ajax in the Round of 16. Benfica’s race for the league title is all but over, giving it the UEFA Champions League crown all to focus on. Goncalo Ramos and Darwin Nunez have each contributed goals in the past five matches and will be two of the leading attackers for Nelson Verissimo to rely on. Jan Vertonghen and Nicolas Otamendi headline the backline and both have ample experience against Liverpool from their time in the Premier League.

Liverpool has won four matches in a row, outscoring its opponents 7-0 over that span. Jurgen Klopp has his two top scorers back and ready to go as Mohamed Salah and Sadio Mane headline a deep group of forwards. Salah has eight goals in this season’s Champions League while Mane has two from open play. Diogo Jota has scored in three-consecutive matches for the Reds, and will be fighting to partner Salah and Mane in the Liverpool attacking front.

Villarreal has already claimed one major scalp in the UCL knockout stage, but now the La Liga side will have to stop one of Europe’s most consistent threats. Unai Emery’s side faces off with Bayern Munich at the Estadio de la Ceramica after eliminating Serie A side Juventus in the Round of 16. Back-to-back league defeats won’t do Villarreal’s confidence any good, but with the home fans behing them, the Spanish club will be pushing for a strong first leg. Arnaut Danjuma, Dani Parejo, and Gerard Moreno all scored against Juventus and will lead the list of attackers for Villarreal this week.

Bayern Munich has won three of its last five matches across all competitions, scoring four goals or more in each of those victories. Robert Lewandowski remains one of the best scoring options in the world while other players such as Kingsley Coman, Serge Gantry, and Leroy Sane can all contrubute when needed. Dayot Upamecano headlines a Bayern defensive unit that will be tasked with keeping the dynamic Villarreal attack at bay.