What does the Gyasi Zardes trade mean for Crew, Rapids? 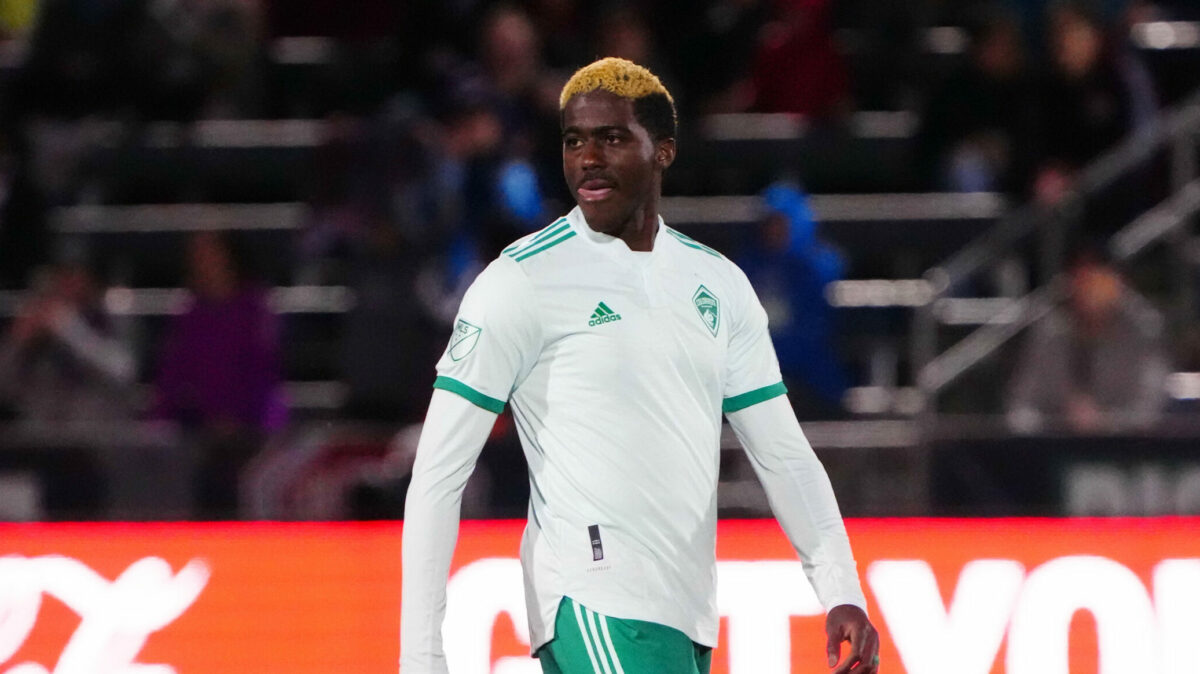 You don’t normally see blockbuster trades in Major League Soccer at this early point in the season, but the Columbus Crew traded Gyasi Zardes to the Colorado Rapids in a deal that has major ramifications for both teams.

Zardes had recently fallen out of favor with the Crew, with the emergence of Miguel Berry making Zardes expendable. The Colorado Rapids just happened to be in the market for an upgrade at striker and pounced on the chance to add the U.S. men’s national team striker to a team that finished in first place in the Western Conference last season.

Zardes stepped on the field for the first time in a Rapids uniform in Saturday’s 0-0 draw against Charlotte FC. After the game, Rapids coach Robin Fraser called Zardes “a Rapids player through and through” because of his work rate and attitude.

Zardes was under no illusions about how important the next few months with be as he fights for a U.S. men’s national team roster spot in the 2022 World Cup.

“This is the next chapter of my career and I’m excited,” Zardes said. “Because it’s important as you look not only at the MLS level in the season, but you look at the national team level, as well. As a striker, you have to be playing games, you have to catch form, you have to be scoring goals to even get a sniff at representing your country.”

Zardes will be looking to revive his USMNT career and regain his goal-scoring touch, but what does the trade actually mean for the Crew and the Rapids? Here is a closer look at both.

The Rapids earned the Western Conference top seed last year thanks to a stout defense, excellent leadership and tactical decisions from coach Robin Fraser and scoring by committee from Michael Barrios, Diego Rubio and Jonathan Lewis. The club notably lacked a star frontman, perhaps until now.

Zardes enters a Rapids team that hasn’t struggled too much for goals, with nine goals scored in nine games, but the attacking output could certainly be better. The loss of Cole Bassett over the offseason was a quiet blow to the club’s ability to maintain possession and generate a steady flow of shots.

Diego Rubio is enjoying a positive start to the season, with four goals so far in 2022. Rubio is a typical No. 9, which means Fraser may opt to play Zardes more often on the right wing. A three-pronged attack with Zardes and Lewis on the wings, plus Rubio in the center seems like a formidable setup.

A poor attacking showing in the Rapids previous result, a scoreless draw at home in which the Rapids relied on William Yarbrough to make five saves, highlights the need for better options in the attack. The Rapids didn’t take a single shot on goal in the game, and Zardes came on in the 60th minute to fight for a goal.

The addition of Zardes feels like a statement of intent for the Rapids to continue right where they left off in 2021. At the same time, the Rapids scored 51 goals in 2021, the fewest among the top four teams in the Western Conference. Zardes is not just a bonus; he’s a needed addition after the loss of Bassett.

Of course, Zardes is not a like-for-like replacement. His speed and 1v1 ability could give the Rapids an element of width that the team has only previously had on the left side with Lewis. If Rubio hits a scoring drought, Zardes can easily plug in at center forward.

The Rapids haven’t put this much of an investment in the team in quite some time. The addition of Zardes could be a flop, but even so, the initial price of $300,000 is likely worth the risk if it means the team might stay just as competitive as it was in 2021.

The Crew have been one of the most perplexing teams in MLS the last couple of seasons. Caleb Porter led the club to the 2020 MLS Cup win amid an utterly dominant season, though the year was affected by the COVID-19 pandemic. Since then, the team hasn’t been able to extend their window of competitiveness. The Crew missed the playoffs in 2021 as the back line struggled and Zardes’ scoring did not pick up, even as Lucas Zelarayan emerged as a top talent in the league.

Zardes’ departure is the end of an era. He joined the club as it emerged from a poor stretch of years, and Zardes started to blossom under Gregg Berhalter. That only lasted one season, though, before Porter took the helm with Zardes still key to the Crew’s success.

On the surface, Zardes’ departure seems shocking based on his standing as key scorer the past few years. Looking at the situation a bit closer, however, shows this may not have been a bad move for the Crew.

First off, there’s the return the Crew received from the trade. The Rapids sent $300,000 in GAM, but if incentives are met the fee could rise to $1.1 million. That’s a solid return for a 30-year-old striker whose contract was running down.

Zardes’ performance on the field also hasn’t been up to par, either. He scored only nine goals last season, and his production has declined each year since he scored 19 goals in 2020. Still, Zardes led the Crew in scoring each year from 2018 to 2020.

Miguel Berry, a 24-year-old draft pick out of San Diego, has gotten the starting nod from Porter in all but one game this season. Berry had a breakout season with eight goals last season, but he hasn’t scored since the opening match of the 2022 season.

The Crew could improve soon with the return of Lucas Zelarayan from injury. Zelarayan, with four goals and two assists in seven games, is one of the top talents in MLS. With the money provided by the Zardes trade, the Crew may be set up to make a recovery in the second half of the season, especially if they sign a third DP this summer.

It’s clear to see that moving Zardes on to the Rapids is a look toward the future for Columbus. However, the present is in the hands of Porter, Berry and Zelarayan to bring back the Crew’s attacking might.