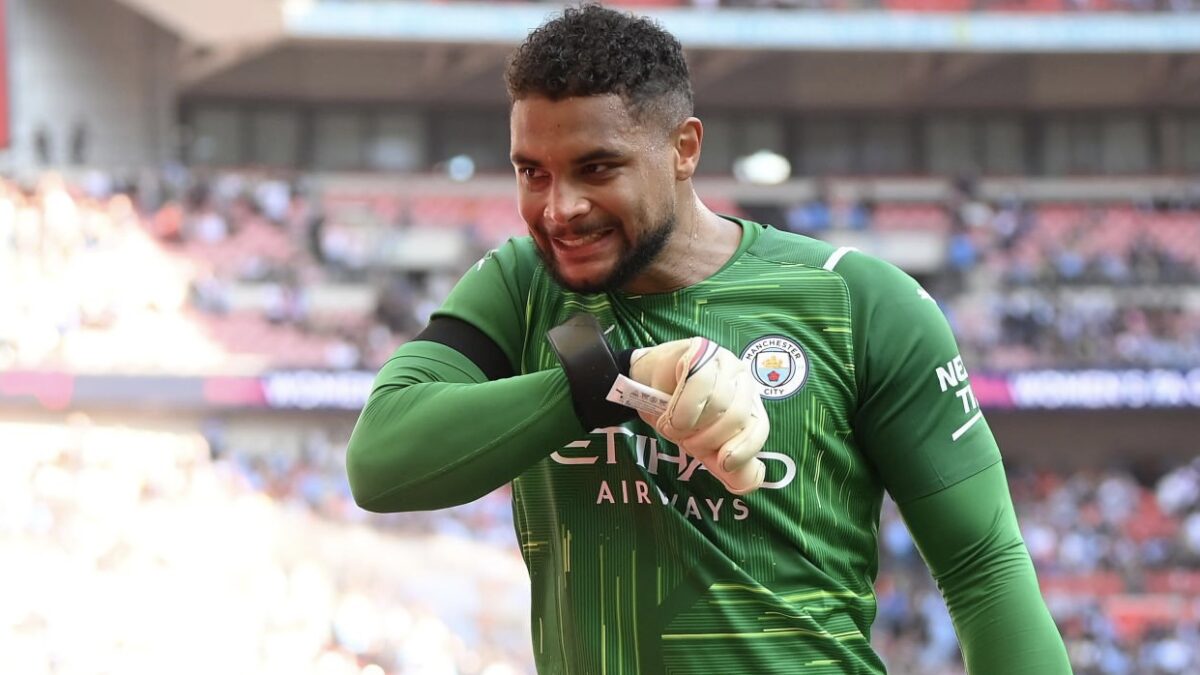 Zack Steffen’s day started with hope of leading Manchester City into the Emirates FA Cup Final, but will end with frustration and disappointment after a shocking performance in goal.

Pep Guardiola’s side were eliminated in the semifinal round on Saturday, losing 3-2 at Wembley Stadium to Liverpool. Steffen earned the nod in goal over No. 1 starter Ederson, but didn’t help the Citizens avoid a horrendous first half in London.

Liverpool struck first in the ninth minute as defender Ibrahim Konate rose highest to head home from a corner kick. Andrew Robertson’s cross was met cleanly by Konate, who outraced Gabriel Jesus to the front of the goal before heading home past Steffen into the top-left corner.

Man City’s day didn’t improve as the first half went on as Steffen was at blame for the second Liverpool goal. A pass back to Steffen in the box was not cleared immediately, allowing Sadio Mane to slide into the American goalkeeper and poke the loose ball into the empty City net.

Liverpool extended its lead before halftime as Mane delivered his second goal of the match, this time beating Steffen to his near post. Thiago Alcantara’s chipped pass over Nathan Ake allowed Mane to stroke a low shot into the bottom-right corner, continuing a poor afternoon for Steffen and his teammates.

Manchester City answered back with an early goal in the second half from Jack Grealish, but could not muster up a full comeback and force extra time. Bernardo Silva poked home into an empty net in stoppage time after great work from Riyad Mahrez, giving the Citizens a late consolation to what ended up being an underwhelming performance from the English Premier League leaders.

Steffen improved his play after halftime by spreading passes out wide for fullbacks Joao Cancelo and Oleksandr Zinchenko, and even denying Roberto Firmino from close range with City pushing for an equalizer. However, the U.S. men’s national team goalkeeper did little to improve his stock in Guardiola’s squad, missing out on the chance to feature in an FA Cup Final this season.

Man City sits top of the EPL table by one point over Liverpool and could meet the Reds again in the UCL Final, should both teams advance from the semifinal round. Steffen will likely remain on the sidelines for the final matches of the season as Ederson retains his No. 1 spot for a midweek league showdown against Brighton & Hove Albion.

As for Steffen’s international schedule, the Pennsylvania native will be pushing for involvement in June’s first two matches of the 2022-23 Concacaf Nations League group stage. The USMNT will face El Salvador and Grenada before also taking part in a pair of undetermined friendlies as continued preparation for the World Cup in November.