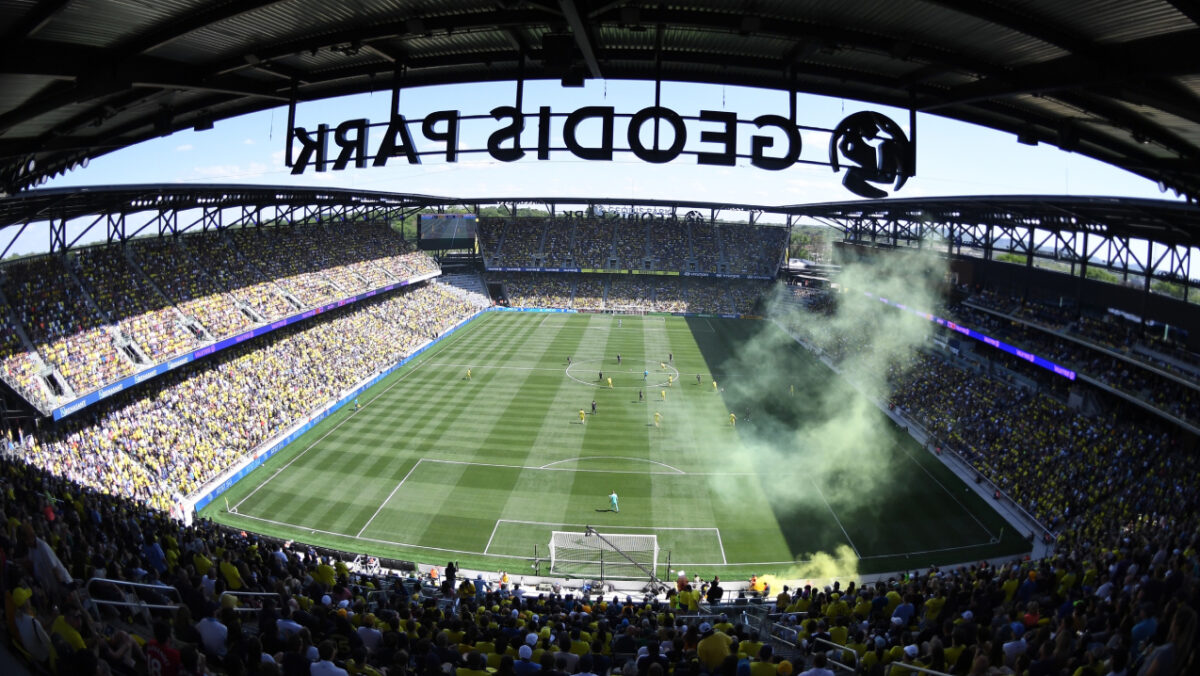 Geodis Park, the brand new home of Nashville SC, played host as a venue for the very first time. The $365 million stadium boasts a 30,000 capacity which stands as the largest for a soccer-specific in the league and all in attendance were treated to a nervy and thrilling contest.

Nashville SC opened the game looking like an inaugural win at the new stadium was in the cards, but the home team needed a late penalty to salvage a 1-1 draw with the Philadelphia Union. A tie is not what head coach Gary Smith and company hoped for, but ensuring a positive first experience for the sellout crowd made a draw acceptable even if it wasn’t ideal.

“I said to the guys, there’s a storyline, obviously, to be created in this opening game. And we were the ones that had to try and create that…” Smith said. “The most important piece of the puzzle for us obviously, (to) start in this new phase of our world in this wonderful new stadium, was not to get beat today. Of course, we want to win, but somehow we had to find the resilience to get at least something out of the game and the guys did.

“So, it’s not a fairy tale. But it was, I thought, an incredible atmosphere and a wonderful game,”

An 85th-minute penalty conversion etched Costa Rican international Randall Leal’s name in history as the first goalscorer at Geodis Park. Nashville’s penalty duties usually belong to Hany Mukhtar, but the stars aligned the special moment, with a deeper backstory, that saved a point.

Smith shared in the postgame that Mukhtar is refining his approach and was not ready to take penalties at the moment, and Saturday, Leal’s father Randal Sr actually predicted his son would score on Sunday.

“I think there is no person in my life that supports me like my father…” Leal said. “So, yesterday he was talking about getting a chance to do a penalty because, during the week, Gary (Smith) told me the first option for penalties was for me.”

Philadelphia goalkeeper Andre Blake haunts Nashville SC and its fans, so it should not come as much of a surprise that the go-to penalty taker was a hot topic in the week before the big game. In last year’s Eastern Conference semifinals, Nashville only converted one of five in a shootout, two of which were saved by Blake.

Smith confirmed that when asked if watching Leal convert on Blake gave a sense of vindication.

“First and foremost, yes. Because the penalty shootout will forever be in the archives of history as a pretty dismal display from us…” said Smith. “Make no mistake, there’s a lot of pain that people still carry around from the defeat in Philadelphia.”

Following the game, the Nashville squad banded together to celebrate with the supporter’s section, which is not usually customary after anything but a win. The Boys in Gold had to open the season with an eight-game road trip that made their first-ever home appearance at Geodis Park worth celebrating no matter what the result was.

“I don’t think we’ll do that too often when there’s a tie, but I think we wanted to commemorate this moment,” winger Alex Muyl said. “There are some things that are bigger than the result right? It was the love and the support and just the overall genuine feeling of care that we have for them, and so we wanted to show that, arm-in-arm.

“I think if we lost we would have done it because it was just to say thank you to them and to kind of wrap up this wild moment,”

The lengthy road trip is finally over. Across the first eight weeks, Nashville stayed in the conversation of the Western Conference playoff picture and now gets to enjoy a season back-ended with home matches. Naturally, the anticipation for the home opener bubbled up and required some management.

In a way, Nashville SC is happy to have it out of the way.

“The expectation and the excitement that surrounded this opening game was huge,” Smith said. “And to think that the players didn’t feel that would be inhuman. A lot of this week has really been about ‘Be you’. Don’t try and be someone else because it’s 30,000 people and the opening of a new stadium…

“I think when they wake up in the morning, they will see that it was a titanic tussle. And unfortunately, we weren’t able to win the game for our supporters. But yet again, we’ve been able to offer the sort of performance that I can only think each and every man, woman, and child that was here today has been able to think exactly what they thought of us before: that we’re proud of our team,”

Sunday was the first of a three-game homestand, with Real Salt Lake up next on May 8, followed by regional rival Atlanta United’s first trip to Geodis Park for a U.S. Open Cup match on May 11.