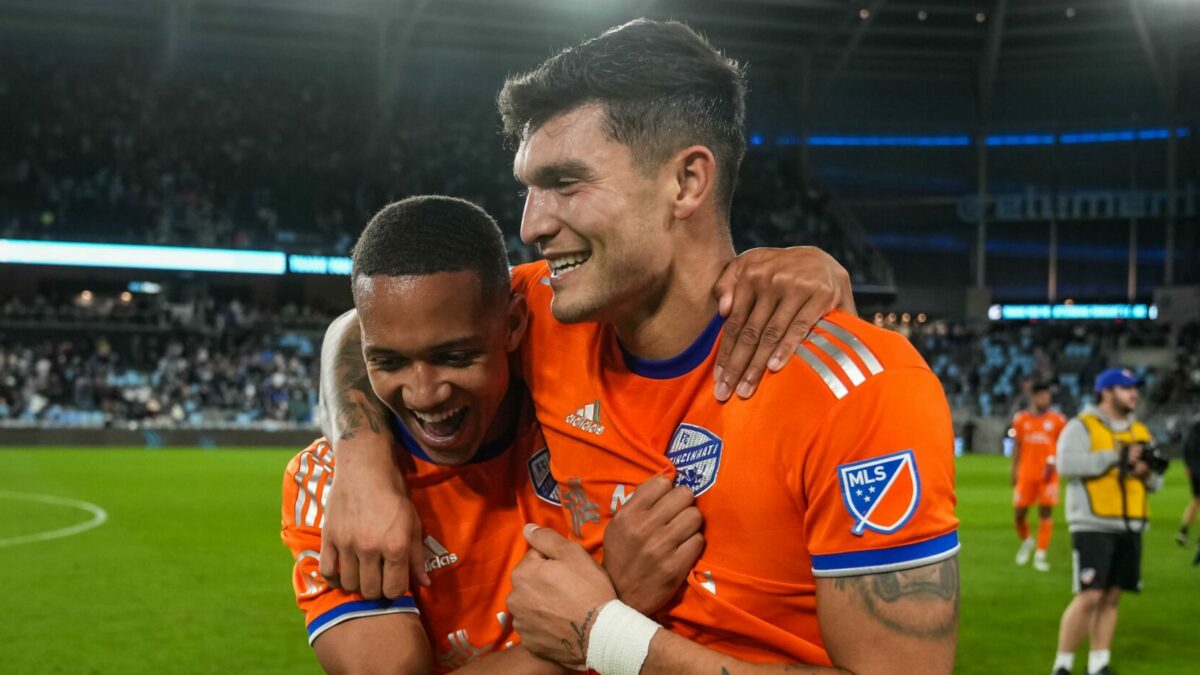 A first-half hat trick for Ronaldo Cisneros and two wins in one week for FC Cincinnati highlights the top moments from Week 10 of MLS action.

Cisneros sent Atlanta United in front of the Chicago Fire, showing his ability to make incisive runs and killer finishing in a 4-1 win. Atlanta continues to miss star striker Josef Martinez, but Cisneros may continue to provide the scoring output the club needs.

Meanwhile, FC Cincinnati is having no trouble scoring goals, thanks to Brandon Vazquez. The 23-year-old American striker scored his sixth goal of the season to give the club a third-consecutive win for the first time in franchise history. At this stage in the season, it seems that FC Cincinnati is ready to put their status as Eastern Conference bottom-feeders in the past.

The biggest game of the week came Saturday night between the Union and LAFC, and it did not disappoint. Julian Carranza scored an excellent goal to hand the Union the lead, but LAFC struck back late in the match to earn a 2-2 draw that keeps the Supporters’ Shield race tight.

Here is a look back at the Best of MLS in Week 10.

Cisneros just stayed onside and rattled the crossbar for his first goal, then pounced on a rebound from a Gabriel Slonina save to make it 2-1. He completed the hat trick in the 36th minute, rounding Slonina and finishing into an open goal.

Atlanta snapped a four-match winless streak with the win. Cisneros has scored four goals in his last three matches, and he’s also taken 12 shots across the last three matches. However, Cisneros emergence is dampened by the news from Saturday’s game that Miles Robinson will be sidelined due to a ruptured Achilles.

Two victories in one week continues to prove that FC Cincinnati might be a legitimate playoff team in the Eastern Conference. FC Cincy defeated Toronto FC 2-0 at home on Wednesday, then took down Minnesota United 1-0 in St. Paul on Saturday.

Brandon Vazquez is another of the top performers from this week. Vazquez scored the winning goal in the third minute of stoppage time to beat Minnesota United, to add to an assist of Calvin Harris’s opening goal on Wednesday. On Saturday’s game winner, Vazquez found space in the middle of the six-yard box and punched the ball home with a feed from Harris.

The win makes it three in a row for Pat Noonan’s side, which has also posted clean sheets in each of the last two matches. Geoff Cameron and Nick Hagglund have been at the forefront of FC Cincy’s recent defensive resurgence.

Saturday night’s 2-2 draw between the Philadelphia Union and LAFC continued the parity at the top of the Supporters’ Shield standings, with Jim Curtin’s squad preventing the hosts from earning some breathing room.

Union forward Julian Carranza’s 67th-minute goal looked to earn all three points for the Union. Carranza received a pass awkwardly, standing flat-footed, but managed to chip the ball toward the back post, past Maxime Crepeau and into the side netting for this week’s Goal of the Week.

Goal of the Week is a tough pick this week, because Mark Delgado’s long-range strike to beat Austin FC provided another impressive candidate. The Galaxy remained in the hunt with the win and Austin FC was shut out for just the second time this season.

What do you think of this week’s picks? Who did you think was the Player of the Week? Which team impressed you the most in MLS last weekend?