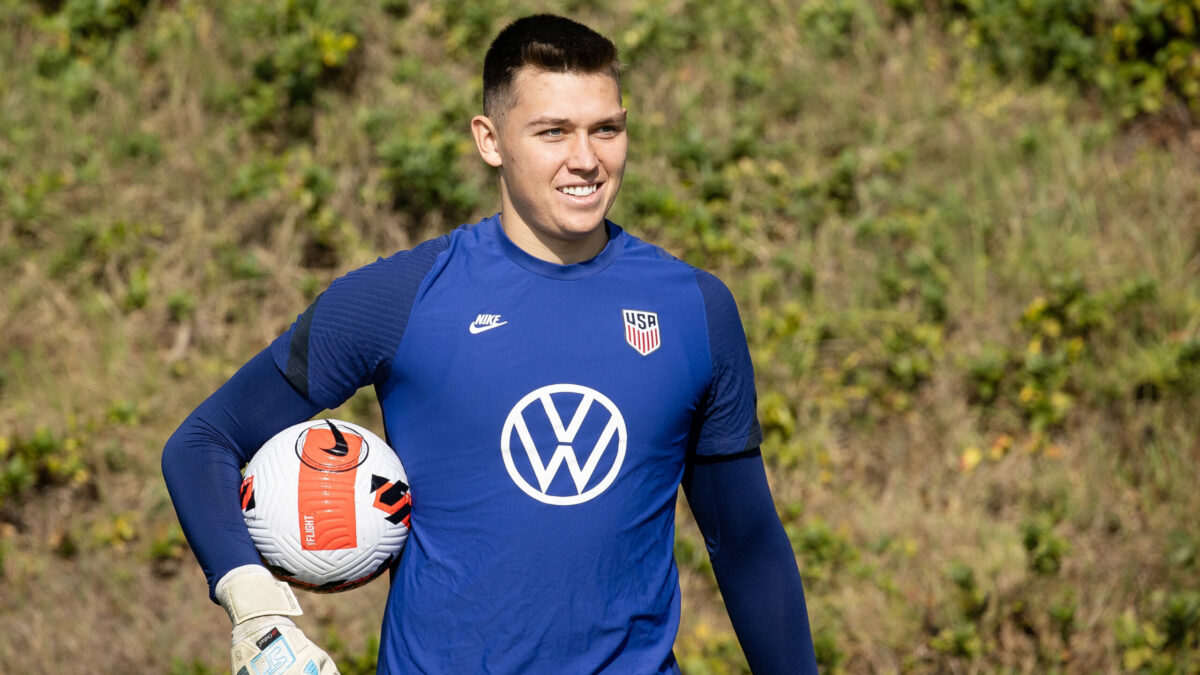 Gabriel Slonina is just 18 years old, and could have waited to make a decision on his international future in the midst of increased interest from the Polish national team, but the American goalkeeping sensation decided his mind was already made up and there was no point delaying the decision any further.

Slonina confirmed on Friday his decision to commit to playing for the U.S. men’s national team, putting an end to the ever-growing speculation surrounding his national team future.

“Being Polish means being extremely hard working, having faith, never taking no for an answer, pushing through hard times, and taking care of your family,” Slonina wrote in the social media postings announcing his decision. “I love everything about my heritage, from the people to the food, to the cities. I am also extremely grateful for being given the possibility to play for Poland.

“With that being said, my heart is American. This country has given me and my family all the opportunities I could ask for. It’s pushed me and supported me through good and bad. I understand the privilege of wearing the badge, and the only time I’ll put my head down is to kiss it. America is home and that’s who I’m going to represent.”

Slonina has been part of three USMNT camps, back in December and January, including as part of the squad for the January/February World Cup qualifiers.

I’ve been really impressed with Gaga, just his mindset. If you can imagine a 17-year-old being that determined.

The Polish national team made a hard push for Slonina’s services, including having Poland head coach Czeslaw Michniewicz visit Slonina and later include him in Poland’s provisional roster for its upcoming UEFA Nations League matches.

Slonina’s inclusion on the Poland provisional roster raised alarm bells among USMNT fans fearing the 18-year-old might be swayed and convinced to change national team allegiances, but the USMNT’s approach of giving Slonina his space and freedom to make his own decision paid off.

That also included being honest with Slonina about his current form, which ultimately kept him off the squad for the upcoming June fixtures. Berhalter’s decision, coupled with Poland’s aggressive pursuit, could have pushed Slonina to join the Polish team, even just for a look, but the youngster remained determined to stay with the USMNT program.

“I said, Listen, I can’t bring you to this camp because of your form. I just can’t do it, we have guys at really high levels and experienced guys that played for us before and your form hasn’t been good enough. And I can understand if you’re going to go take a look at Poland, because you’re disappointed with this’,” Berhalter said, recalling his conversation with Slonina. “And his response was great. He understands where he’s at, he’s going to work to get out of where he’s at, but he said he’s still committed to us. And that’s all you want to hear.

“You make relationships with players, you welcome players into group, guys, make them feel welcome, and you hope that’s enough that in the end of the day, they decide. But in Gaga’s case, also, his heart was telling him where to go, and that’s a really important part of the equation.”

Slonina has hit a rough stretch of form, including the commission of an error that led to a goal in the Fire’s 3-3 draw with the New York Red Bulls on Wednesday, but with his national team future settled, and a chance to now refocus on helping the Chicago Fire snap their current winless rut, Slonina will be able to get back to developing the talent that has him regarded as one of the best young goalkeeper prospects in the world.