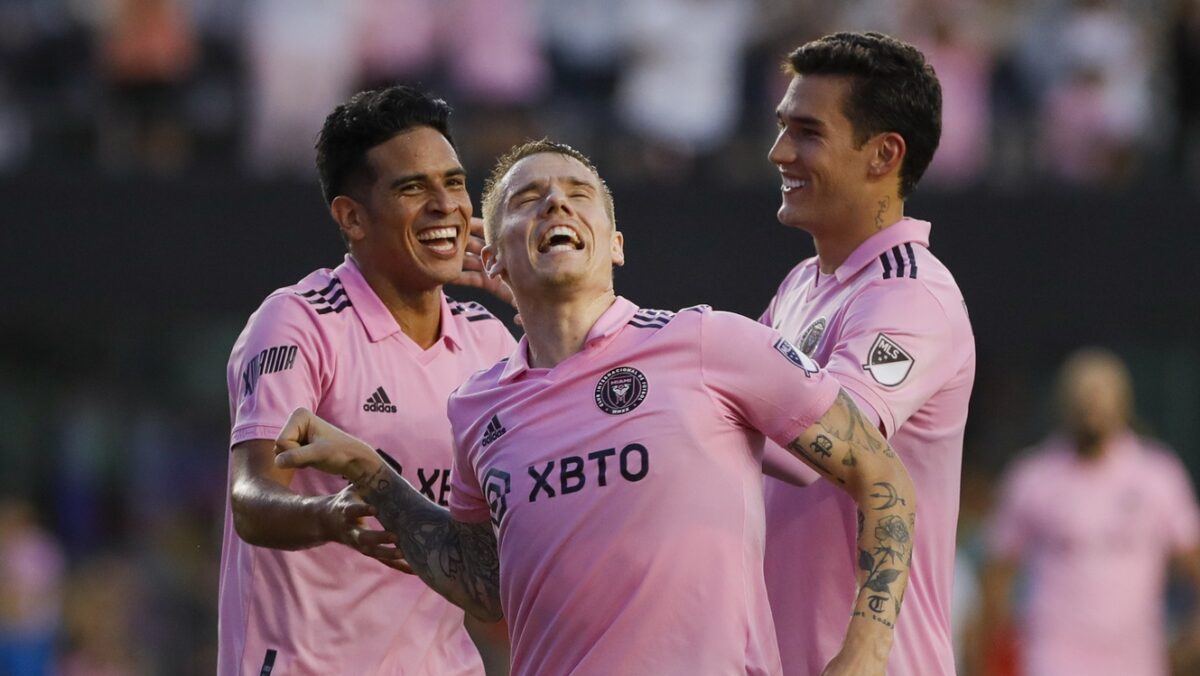 A large slate of midweek games, plus 14 more this weekend brings a lot to discuss after Week 12 in MLS. Two huge performances from CJ Sapong, Inter Miami’s hot streak and golazos from Tyler Pasher, Sebastian Lletget and Daniel Gazdag headline the Best of MLS in Week 12.

Inter Miami continues to shock MLS with the recovery it has made from the past two seasons. This time, some new faces popped up to secure a win, with Ariel Lassiter and Robert Taylor scoring. Gonzalo Higuain returned to the field as a substitute and contributed to the team’s second goal.

CJ Sapong emerged for Nashville SC this week on the way to a win to halt CF Montreal’s win streak. Sapong had a goal and an assist to secure one point against Atlanta United later in the week.

Here are the highlights from Week 12 in MLS.

A wild seven-minute period during the first half of Nashville SC-Atlanta United kept Nashville in control, with CJ Sapong making key plays close to the goal. That capped a week in which Sapong assisted two goals and scored one.

Sapong finished at the back post with a feed from Hany Mukhtar in the 25th minute, then he headed the ball across goal in the 32nd minute for Mukhtar to head into the net from short range. Those goals canceled out a Thiago Almada equalizer in the 27th minute.

On Wednesday, Sapong created something out of nothing to open scoring in a 2-1 win over CF Montreal. He shielded the ball from a defender near the touch line, moved into the box and found Mukhtar making a run toward the six-yard box for a clean finish.

The 33-year-old striker is coming into his own in his second season at Nashville SC. He has four goals and three assists through 12 starts in 2022. He’s showing no signs of slowing down after notching 12 goals and five assists in 2021.

Inter Miami sent two top Eastern Conference sides packing this week, with a draw at home against the Union on Wednesday and then an impressive 2-0 win over the Red Bulls. The Red Bulls were handed their first road loss of the season after a streak of six unbeaten, which is the best road start in MLS history.

Inter Miami’s back line held strong against the Union, fending off eight shots on goal. In the Red Bulls match, Ariel Lassiter stood up to lead the attack and scored with a low driven shot in the 29th minute. Gonzalo Higuain came off the bench to start the play for the second goal, in which the Cranes passed their way through Red Bulls defenders and Robert Taylor scored into an open net.

It was also a top performance from Inter Miami goalkeeper Drake Callender, who made four saves.

“There’s great spirit and togetherness, and there’s a great belief that we’re headed in the right direction,” Inter Miami coach Phil Neville said. “We’re now beginning to make DRV PNK (Stadium) a little bit of a tough place to go, where it’s been a bit easy in the past.”

Honorable mention for Team of the Week goes to Sporting Kansas City. Sporting KC got off to an awful start to 2022, but has started to turn things around with a 2-1 win over the Rapids at home in midweek, and then a creditable 1-1 draw in San Jose with an extremely shorthanded lineup.

Brandon Bye assisted the goal with a driven cross into the box, met perfectly by Lletget, who leaped forward and sent the ball into the bottom left corner. The play started from a powerful shot from DeJuan Jones which smacked the post before being collected by Bye.

Plenty more Goal of the Week contenders came from this game alone. Adam Buksa scored the Revs’ second goal with a smooth finish off the inside of his right foot, and Tommy McNamara curled a shot into the side netting to claim all three points.

Goal of the Week had some tight competition this week. A beautiful strike from Tyler Pasher to put the Dynamo 2-0 up on the LA Galaxy was one of the top goals of the week. Also, an overhead kick from Daniel Gazdag for the Union’s first goal against the Timbers was another highlight.