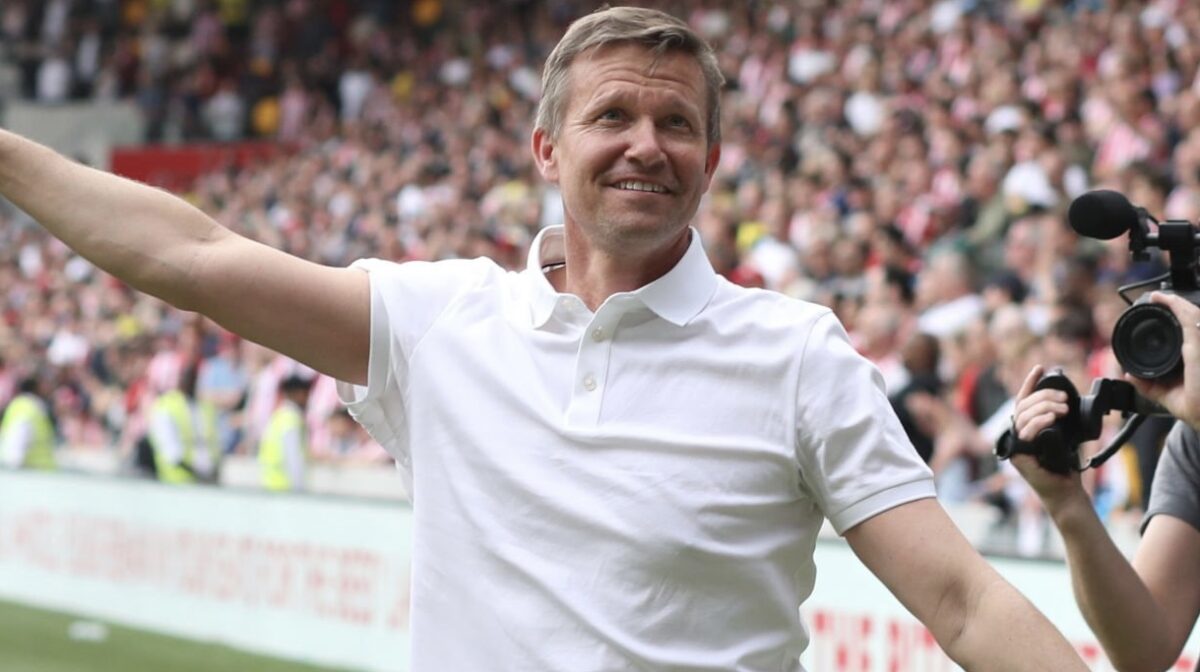 Jesse Marsch had a large mountain to climb when he took over as Leeds United manager in March, but the American coach and his players can now breathe a major sigh of relief.

Leeds United secured its English Premier League status for the 2022-23 season after earning a 2-1 win over Brentford in its season finale on Sunday. Paired with Burnley’s 2-1 home defeat to Newcastle United, the Yorkshire club avoided a drop back into the EFL Championship.

Marsch took over at Leeds United on March 5 following Marcelo Bielsa’s firing after a three-year stay at the club. The 48-year-old registered a 4-3-5 record during his 12 league matches in charge at Elland Road, finishing the season with 15 points earned out of a possible 36.

“It was an incredible 12 games, three months,” Marsch said in a post match club interview. “I knew the task was going to be monumental, but when you’re in the middle of it, you’re just trying to do the best you can. In the last three months what you saw the most was the resolve and the character of the team, it’s something we’re always going to need to have going forward.”

Leeds United will now enter a busy summer with several roster moves likely on the horizon. Current U.S. men’s national team attacker Brenden Aaronson has previously been linked with a move to Leeds United, which would give Marsch a young, energetic talent to build around for next season.