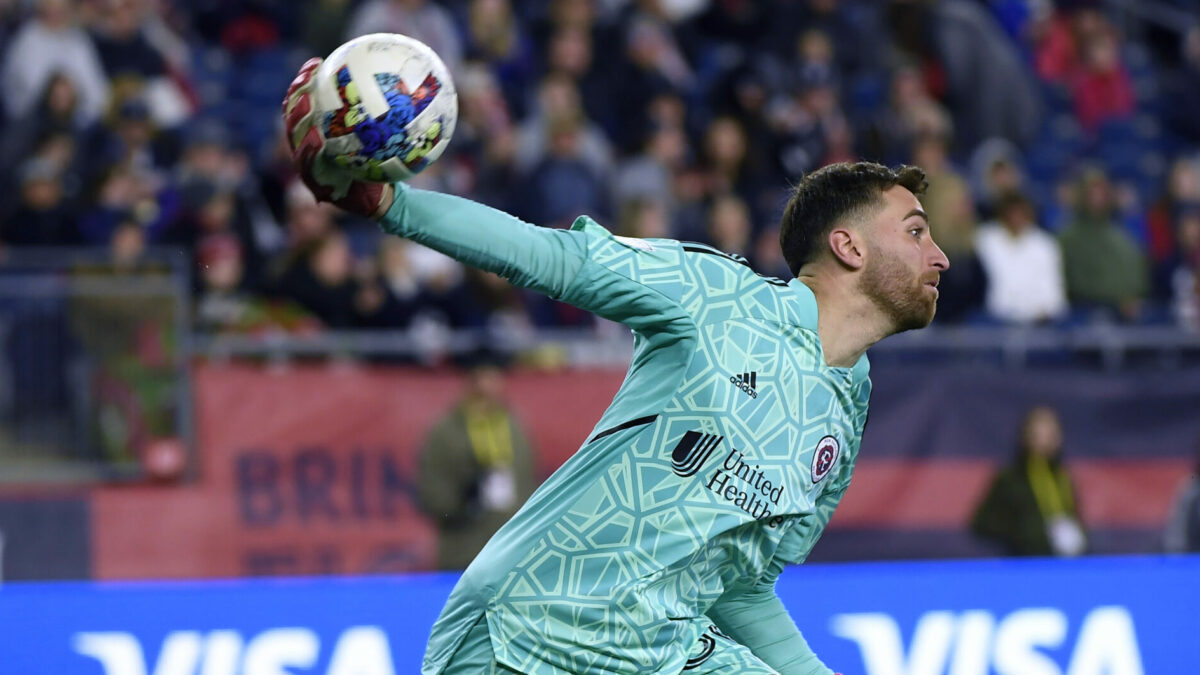 The New England Revolution have had to weather the early stages of the 2022 MLS season with No. 1 goalkeeper Matt Turner sidelined through injury, but the American made his long-awaited return on Saturday, helping Bruce Arena’s side rebound from a Matchday 8 defeat.

Turner made his first start of the season at Gillette Stadium, helping the Revolution earn a 2-0 win over Inter Miami. The U.S. men’s national team goalkeeper had been out of action since February due to a foot injury, missing out on the Revolution’s heavy schedule of MLS and Concacaf Champions League matches.

Turner made three saves in Saturday’s victory, stepping back in front of the Revolution faithful in Foxborough and delivering his first clean sheet of 2022. After a frustrating spell on the sidelines, Turner’s returning presence was one that gave him and his head coach a sigh of relief for what’s to come for the Revolution.

“I think he’s an experienced goalkeeper, he plays with a lot of confidence and he gives the guys in front of him a lot of confidence,” Arena said of Turner. “And, you know, maybe one of those chances tonight, he had to make a decent save. I think it was in the first half, but for the most part he wasn’t tested a whole lot. But I think he gives the group confidence and it’s a good first game back because he hasn’t played, I believe, since January. We’ve been a little bit concerned about rushing him in too early and obviously he showed tonight that he’s pretty comfortable getting back in there.”

“It felt pretty good,” Turner said. “I don’t think the coaching staff would have put me out there if they didn’t like what they saw in training the past – I’ll call it two weeks. So yeah, playing 90 [minutes] is much different. You know, you’re on your feet for a while, you’re moving around. But no, I felt good out there. I was ready for the game. The first half did feel like it took forever, but overall happy with how I was feeling, how I performed, and how the team performed, more importantly.”

Turner and the Revolution backline benefitted from a first minute goal from Damian Rivera, giving the hosts an early advantage against the in-form visitors. Still, the 27-year-old Turner was busy in the first-half, denying both Ariel Lassiter and Damion Lowe from equalizing before monentum truly swung in the Revolution’s favor after halftime.

Adam Buksa’s goal paired with red card ejections to Lowe and Jairo Quinteros truly put the Revs on cruise control for the final 15+ minutes of the match. Turner’s best save came in stoppage time as he repelled Christopher McVey’s late chance to spoil the clean sheet.

After making his first competitive start for club or country in over two months, Turner was emotional at the final whistle to celebrate a Revolution win once again.

“That moment, the moment when the announcer announces my name and the crowd gives me a huge cheer and a boost, I choked up to be honest,” Turner said. “It’s been really hard for me to be away from the game, away from this team. I love it here. I love playing here. I love playing soccer in general. Like, it’s just a huge piece of my happiness and who I feel like I am as a person, and so to be away from the fans, who I have developed such a close relationship with over the past few seasons.

“It was really hard to be away from the guys, not really feeling the emotions, all the things that they were going through week in, week out,” Turner added. “That was really hard as well. So, I kind of felt like an outsider in our own locker room, but getting back out there tonight, I think you saw the full-time whistle everybody sort of coming to me, welcoming me back and, you know, giving me hugs, and all that. It just it felt really, really good. It’s a nice start to a weekend, and I’m getting married tomorrow.”

Turner’s return comes at an important period for the Revolution, who are sitting ninth place in the Eastern Conference and seven points back of table-toppers New York Red Bulls. The Revs now have two victories from its past three matches and still have important matches in May against the Columbus Crew, Atlanta United, and Philadelphia Union.

With the soon-to-be Arsenal signing heading to London this summer, Turner’s return could help the Revs earn as many points as possible before what will be a crucial summer with a new shot-stopper in between the posts.

“He communicates well,” Arena said. “That part is noticeable. We did not put him in the goal a whole lot this week because he’s coming back and we didn’t kill him with the team. I think Kevin Hitchcock sure did in goalkeeper training and all, but we didn’t have him in with the team that much. But he’s very experienced and to have the last line of defense with that goalkeeper is a real positive. I’ll tell you this, our other goalkeeper [Djordje Petrovic] is going to be very good. He is going to be a good one. We are looking forward to seeing him play as well.”