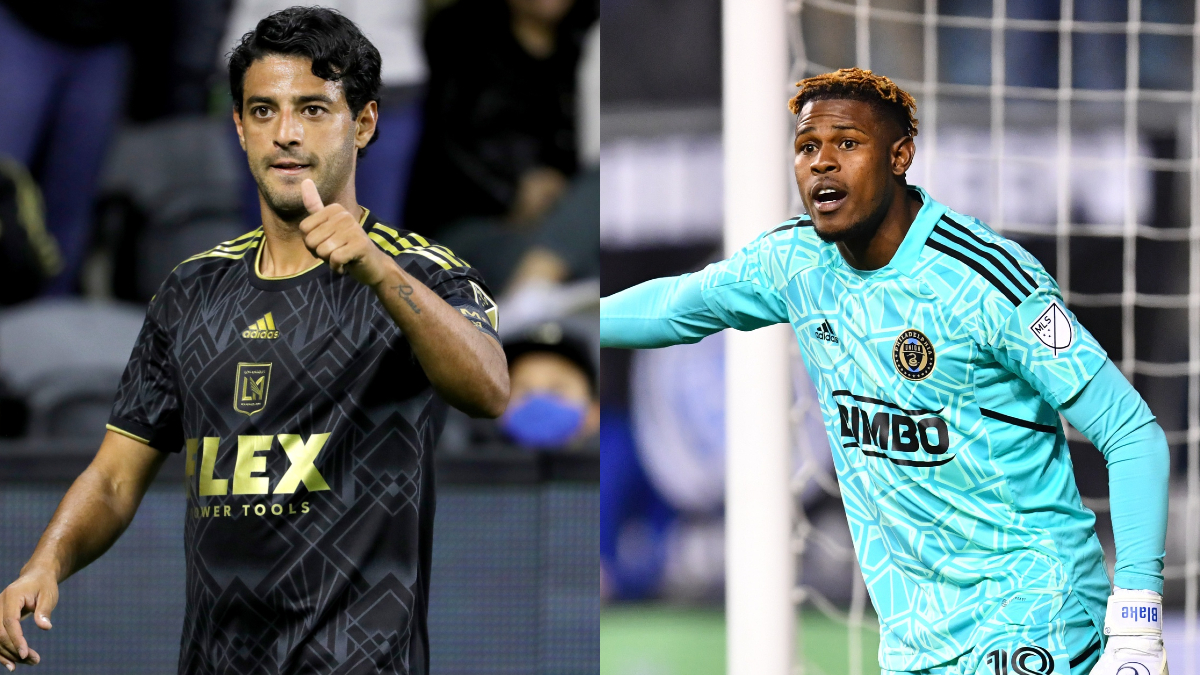 A clash between the top teams in each conference highlights another week of Major League Soccer play. Los Angeles FC is set to host the Philadelphia Union in a pivotal matchup for the Supporters’ Shield standings.

In the Western Conference, the LA Galaxy take on Austin FC. Austin FC’s attack is on fire, scoring 22 goals through nine games. Another top Western Conference matchup comes at GEODIS Park, where Nashville SC takes on Real Salt Lake in its second match at the new home stadium.

The New England Revolution take on the Crew in one of the top matches in the Eastern Conference. Can Matt Turner’s return and Damian Rivera’s excellent debut get the team back on track? The Crew are coming off an impressive win, and won’t be an easy opponent. The Red Bulls could have a chance to reach top of the Eastern Conference if they can defeat the Timbers at Red Bull Arena.

Here is a closer look at the top matches to watch in MLS Week 10:

The Union continue to try to right the ship after three matches without a win, but this week’s road trip will not be easy. Los Angeles FC is atop the Western Conference and the Supporters’ Shield standings and on a three-game winning streak.

Despite a run of poor results for the Union, the centerback tandem of Jakob Glesnes and Jack Elliott have given up only one goal in each of the past two games. The pair will need to be sharp against a multifaceted LAFC attack that includes Carlos Vela, Jose Cifuentes, Cristian Arango and Danny Musovski. The Union’s new DP striker Mikael Uhre scored his first goal of the season to earn a point last week against Nashville SC, and the Union will need him to continue scoring to revitalize its offense.

Sergio Santos remains questionable to play for the Union. LAFC will be missing Brian Rodriguez and Ismael Tajouri-Shradi.

The Galaxy remain on the road, this time traveling to Austin FC to take on the league’s highest-scoring offense boosted by Sebastian Driussi and Maxi Urruti. The Galaxy, on the other hand, have had trouble scoring lately, with only one goal in the past three games.

The Galaxy’s back line will have plenty to contend with, as Austin FC’s Diego Fagundez leads the league with seven assists. Driussi is tied for the lead in MLS with seven goals, and Urruti has chipped in four more. The Galaxy’s fullbacks, Julian Araujo and Raheem Edwards, will be put to the test with the options Austin FC boasts out wide. Javier “Chicharito” Hernandez’ strong start has faded, and the Mexican star hasn’t scored in four games.

Things seem to be turning around slowly for the Revs. The attack has scored twice each of the past three games, thanks in part to Adam Buksa’s resurgence. Matt Turner is back in goal, and young players such as Damian Rivera and Ryan Spaulding are putting in strong performances. The Revs can try to string together multiple wins for the first time this season by hosting the Crew.

The Crew come into this game coming off perhaps the team’s best match of 2022 yet, with a 3-0 win over D.C. United. Derrick Etienne led the attack last week, and the pair of Etienne and Darlington Nagbe offers a difficult challenge to a Revs’ defensive midfield that has struggled.

Saturday’s Revs-Crew matchup offers each team the chance to jump up the standings. The Crew lie seventh in the Eastern Conference, and couple potentially jump to fourth. The Revs could jump as high as 5th place, from their current 10th-place spot.

Last Sunday’s raucous atmosphere at GEODIS Park was not enough to put away the Union, but Nashville SC get another shot this week against Real Salt Lake. RSL has crept up the standings in the Western Conference with one loss in their last five matches.

Real Salt Lake made a key acquisition this week by bringing Jeferson Savarino back to the club as a DP signing. It is unclear whether Savarino will be available this week. Saturday’s match is sure to be a midfield battle, with Nashville’s Anibal Godoy and Sean Davis taking on RSL’s Everton Luiz and Pablo Ruiz, and both teams’ attacks stalling in recent weeks. Savarino’s presence would give RSL a needed boost on the wing.

The Red Bulls stretched a record-setting road winning streak to five games last week, but this week it’s time to address the club’s poor home from. The Red Bulls seek their first home win against the Timbers with the opportunity to take the top spot in the Eastern Conference, if the Union drop points to LAFC.

The Timbers have only won one road match in 2022, and the attack is sputtering lately. The Timbers have gone three matches without scoring, but a new signing this week in 22-year-old forward Nathan Fogaca gives the team another option.