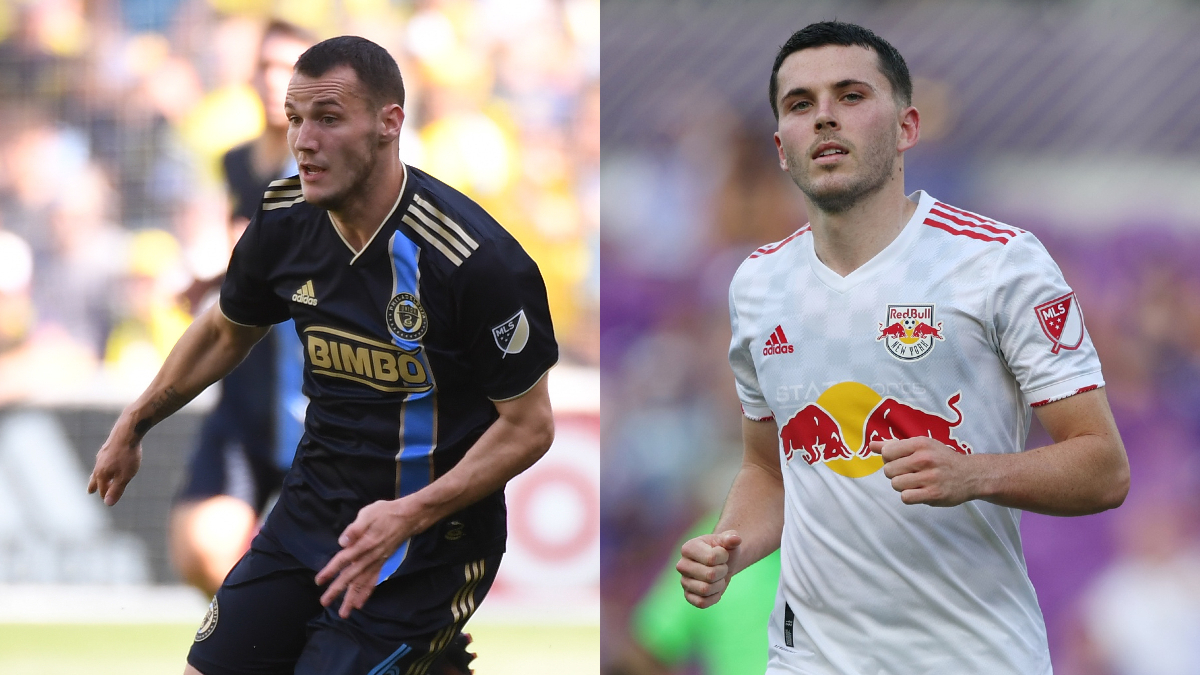 The New York Red Bulls have been the best road team in Major League Soccer in 2022, sporting a perfect record away from home this season, but they could be facing their toughest road trip to date this weekend when they face Eastern Conference leaders Philadelphia Union at Subaru Park on Saturday.

The Red Bulls can jump into first place in the East with a win, but the Union are unbeaten at home this season, and have allowed just one goal in their past four home matches.

Elsewhere, the Sounders will try to shake the Concacaf Champions League hangover and move up the table in the Western Conference. A home match against Minnesota United is the Sounders’ chance to do so this week.

Here is a closer look at the top matchups in MLS Week 11:

The Union come off a pivotal cross-conference draw last week against LAFC to head straight into another crucial Eastern Conference clash. The Red Bulls will be comfortable on the road, with an unbeaten 5-0 start in road matches.

Both clubs bring similar tactics into this match, with high pressing and emphasis on fast, attacking play. Though it is still early in the season, this seems like a clash between two of the Eastern Conference’s most likely contenders.

Aaron Long is a key player to keep an eye on in this match. Long left the Red Bulls’ U.S. Open Cup win over D.C. United Tuesday with calf tightness. Red Bulls coach Gerhard Struber indicated the injury seems minor, and described Long as “day-to-day.” On the Union’s side, striker Mikael Uhre is nursing an injury, but has been training.

This match gives either team an opportunity to take command of third place in the Western Conference, and it could be a shootout between Jesus Ferreira and the Galaxy’s attacking options in Chicharito, Dejan Joveljic and Efrain Alvarez.

The Galaxy scored an important win over Austin FC last weekend thanks to an early long-range goal from Marco Delgado, and the club will try to make another leap up the table against Dallas. However, the Galaxy’s attack has struggled lately. Chicharito has gone almost a month without scoring. The FC Dallas back line is no slouch, either, with four shutouts this season.

The Sounders made waves in American soccer by winning the Concacaf Champions League, but the club must shift gears toward MLS success. The Sounders didn’t stand much of a chance away to FC Dallas on the heels of the CCL win, so this match against the Loons represents an opportunity to refocus. The Sounders lie 13th in the Western Conference, but they have two or three games in hand on most teams.

The duel in the midfield will be worth watching. Joao Paulo, Albert Rusnak and Nico Lodeiro pull the strings for the Sounders, while Emanuel Reynoso’s quality is easy to spot in the middle for Minnesota.

The Crew seem to have emerged from a three-match losing streak from a few weeks ago, with impressive results like a 3-0 win over D.C. United and a 2-2 draw on the road against the Revolution. Entering Yankee Stadium will be another step up, as far as difficult matchups go for the Crew.

NYCFC are riding a four-match home unbeaten streak, with 14 goals scored in those matches. The club’s midfield is combining extremely well, with Thiago Andrade and Talles Magno amassing five goals and six assists between them, and Keaton Parks excelling in a linking role.

As for the Crew, Miguel Berry scored his second goal of the season in last week’s draw against the Revs. Derrick Etienne is maintaining his form, and the club has shown the ability to earn late results on the road.

Austin FC’s attack has carried it a long way to start the season, but last week’s 1-0 home loss to the Galaxy showed a crack in the club’s armor. Real Salt Lake is not a major player in the Western Conference, but this matchup could be difficult because of the club’s home form.

RSL is 3-0-1 at Rio Tinto Stadium, which includes wins over the Galaxy and Sounders. The team started 2022 poorly, thanks in large part to a great deal of injuries. RSL’s back line has been shaky this season, and the last time it faced an attack as potent as Austin FC’s was a disastrous 6-0 road loss to NYCFC.

Last weekend’s loss to the Galaxy ended a four-match winning streak for Austin. The club’s back line is starting to gel, with captain Ruben Gabrielsen proving to be a strong signing over the offseason. Sebastian Driussi has scored three goals in his last five games.