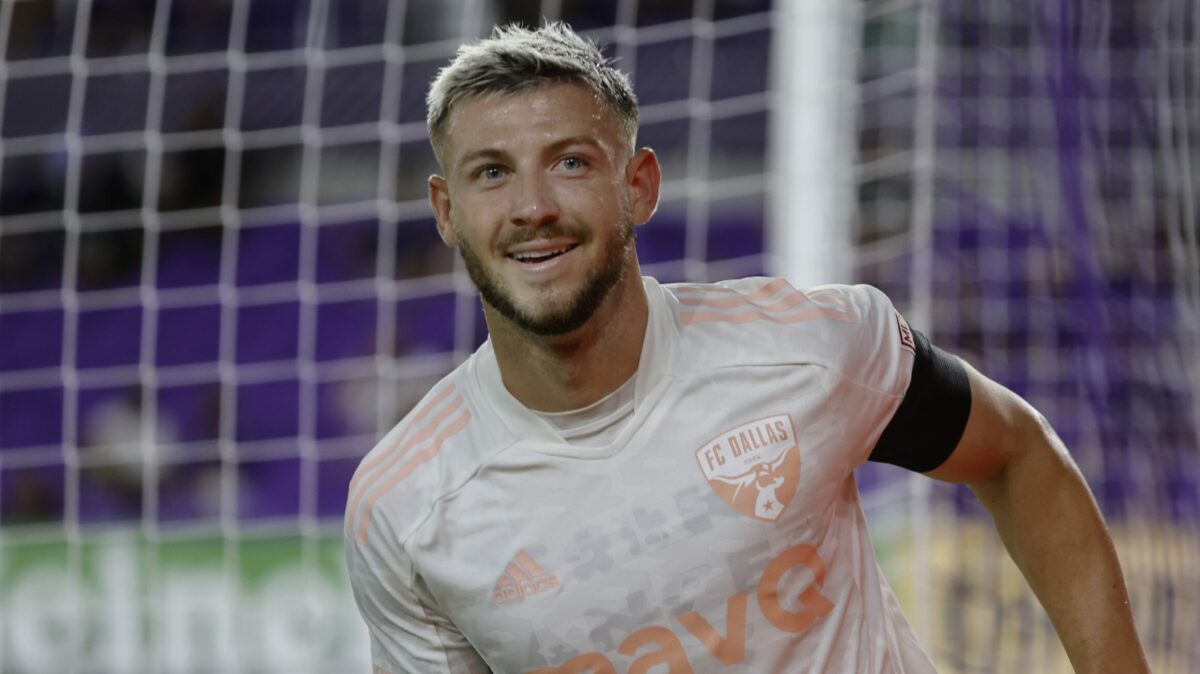 The LA Galaxy enjoyed a special week, eliminating rival Los Angeles FC from the U.S. Open Cup on Wednesday before pummeling Austin FC, 4-1, with a second-half onslaught that overwhelmed the Texas squad.

Paul Arriola continues to impress, as FC Dallas earned a win to shake a recent rut. Arriola scored twice as Dallas earned three points on the road against Orlando City. The outstanding run of form for Arriola has his stock high as the U.S. men’s national team prepares to return to action.

The Red Bulls put forth another dominant performance with a 4-1 win at Red Bull Arena over D.C. United. The Red Bulls also produced two incredible goals, with Lewis Morgan and Luquinhas scoring with volleys.

Here is a closer look at the Best of MLS in Week 14:

Paul Arriola is picking up steam as the next USMNT camp is right around the corner. The winger scored two goals in Saturday’s 3-1 win over Orlando City.

Franco Jara found Arriola wide open at the far post, where Arriola scored from a tight angle for his first goal. Arriola collected the ball on the left side, entered the box and scored into the lower right corner for this second goal.

Arriola is one of the hottest USMNT players in MLS of late. He has scored six goals in his last five games and scored in five straight games. FC Dallas is similarly one of the top-performing teams in the league. Before losses in Dallas’s last two games, it was on a nine-game unbeaten streak.

Honorable mention for Player of the Week goes to the Galaxy’s Dejan Joveljic. Joveljic came on as a 57th-minute substitute, assisted Hernandez’ goal and scored three minutes later, reacting first to a deflection in the six-yard box. He scored another goal with a smart finish over a defender and Austin goalkeeper Brad Stuver, then assisted a Efrain Alvarez’ goal in the 90th minute with an overhead kick pass.

The LA Galaxy have had a huge week, with an Open Cup win over rival Los Angeles FC and a massive three points in a 4-1 win over Austin FC this weekend.

One of the biggest takeaways is Hernandez breaking a scoring drought that lasted almost two months. He scored with a difficult one-time finish against LAFC in the Open Cup at midweek, then continued his resurgence in the 61st minute, finishing off a clever assist from Joveljic.

The Galaxy’s scoring struggles landed it in hot water over the past few weeks, with two losses and a draw in the last three games. A 3-0 trouncing at home by the Dynamo highlighted the issues in Greg Vanney’s team last week.

Joveljic’s contributions, Hernandez’ return to form and a strong performance from Efrain Alvarez gives the Galaxy some hope to jump back into the mix in the Western Conference. The Galaxy have already gotten the best of Austin twice this season, and Samuel Grandsir also provided a key performance in the Open Cup win over LAFC with two assists.

The Red Bulls routed D.C. United in style Saturday night, with incredible goals from Lewis Morgan and Luquinhas. Both players scored with sweet volleys, but Morgan’s goal gets the nod this week for Goal of the Week.

Morgan scored as a corner kick cycled out of the 18-yard box, using his full force to hit the ball past Bill Hamid into the opposite side of the net. The goal put the Red Bulls up 3-0 in the 63rd minute.

Honorable mention for Goal of the Week goes to Raul Ruidiaz, who scored a beauty from long range to lift the Sounders over Charlotte FC. Dom Dwyer scored one of the week’s best goals, with an emphatic overhead kick goal from short range late in Atlanta United’s 2-1 home loss to the Crew.