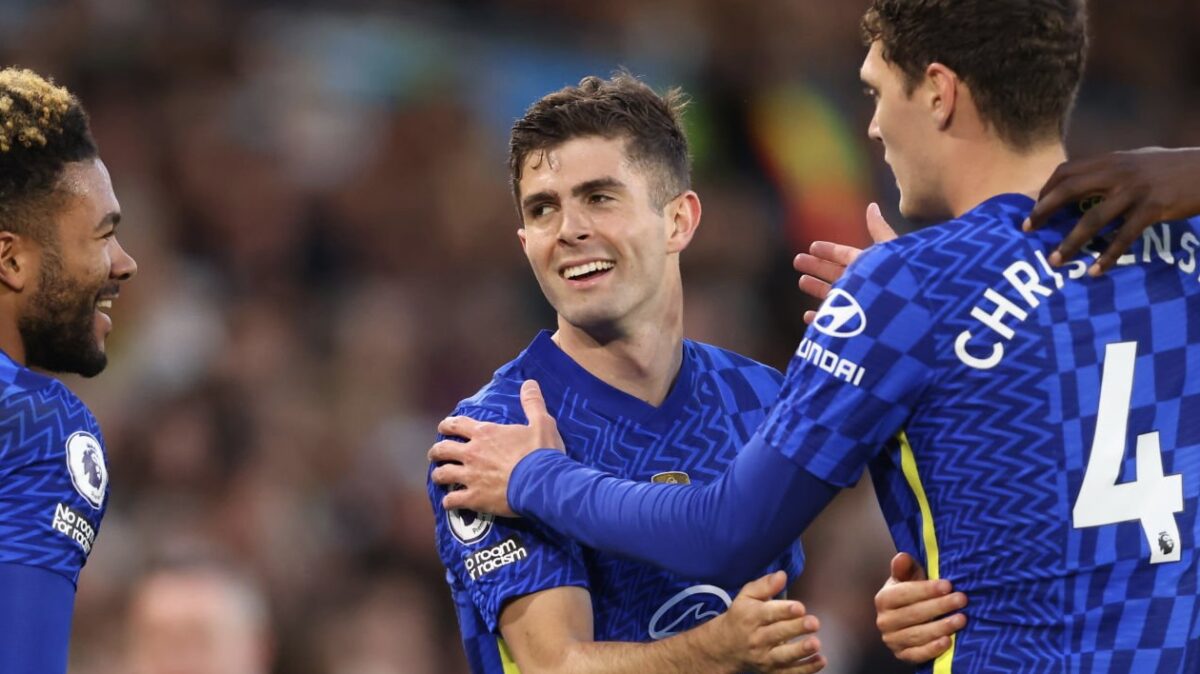 Christian Pulisic remained in Chelsea’s starting lineup on Wednesday at Elland Road and rewarded Thomas Tuchel’s faith by scoring a goal to help the Blues move closer to securing a UEFA Champions League place for next season.

Pulisic scored the second of Chelsea’s three goals in West Yorkshire on Wednesday, helping the Blues all but clinch a top-four finish with a 3-0 road victory over Leeds United. The U.S. men’s national team attacker followed up his strong performance on Saturday by pushing Jesse Marsch and Leeds United closer to relegation with two matches left to play.

After Mason Mount propelled Chelsea in front after only four minutes, the Blues kept their foot on the gas with Leeds United reduced to 10-men after Daniel James’ first-half red card. Mount’s layoff at the top of the Leeds United box was eventually tucked away by Pulisic, who left Illan Meslier flat-footed on his goalline.

Pulisic was substituted off in the 78th minute, but watched from the sidelines as Chelsea added a third goal through Romelu Lukaku’s finish in the 83rd minute. The 23-year-old completed one dribble, made four recoveries, and completed 87% of his passes, to go along with his goal.

Pulisic will now prepare for an FA Cup Final on Saturday at Wembley Stadium vs. Liverpool. The Blues lost to Liverpool in the Carabao Cup Final back in late-February, with Pulisic playing 74 minutes in the eventual shootout defeat.

While Chelsea moved closer to clinching a top-four finish, Jesse Marsch and Leeds United ended the night in the bottom three on goal difference. Leeds United has lost three-in-a-row and will conclude the league schedule with matches vs. Brighton & Hove Albion and at Brentford.

Marsch and Leeds will also need 17th place Burnley to slip up in its final matches against Tottenham, Aston Villa, and Newcastle United, to have any chance of staying in the top-flight for next season.