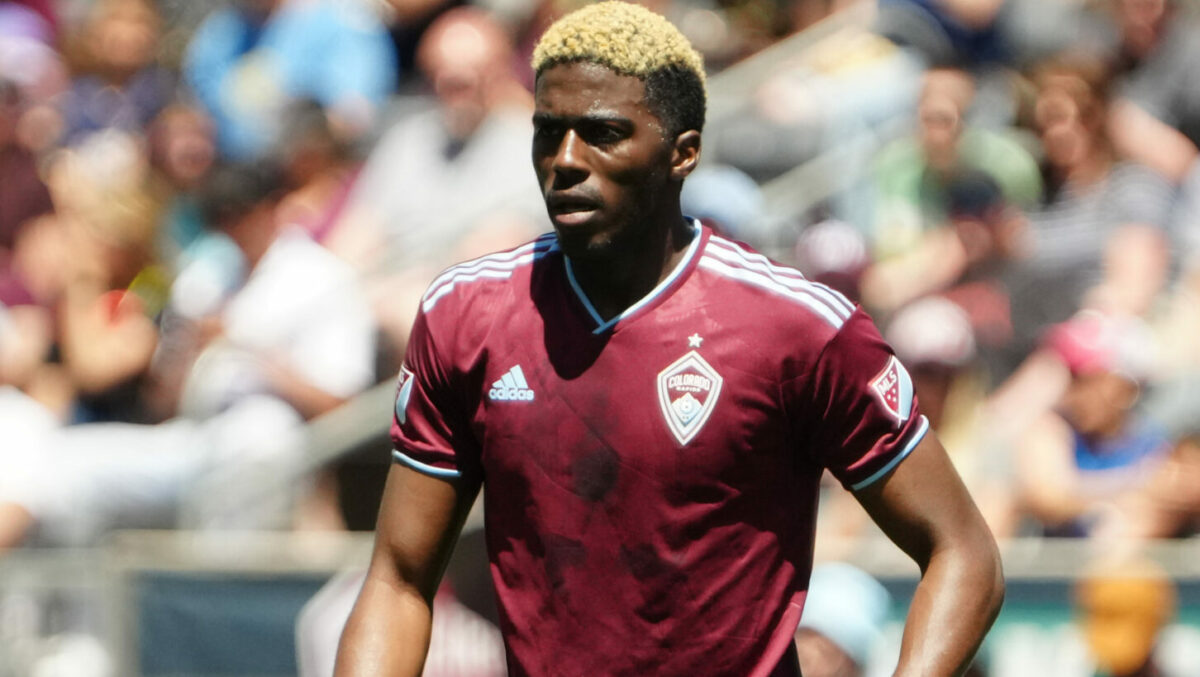 The Colorado Rapids’ Saturday afternoon matchup seemed to have everything working against the home team. A brutal weather delay pushed back the Rapids’ midweek U.S. Open Cup match to Thursday, so Robin Fraser’s side returned home Saturday to battle short rest, hot weather and a poor recent stretch of league form. Not to mention, Los Angeles FC, the Supporters’ Shield leaders.

Yet, the Rapids defied expectations to hold LAFC to a shutout and only two shots on goal. A pair of penalty kicks seized an eventual 2-0 win, as the Rapids moved up to seventh in the conference.

“I am so f–king proud of this team because … the amount of adversity we’ve had to deal with this week. Extremely, extremely challenging circumstances,” Fraser said. ” We were playing 48 hours ago. That’s unprecedented, and I assume that the assumption would be that we’d come in here and wait and sit back, we’re tired and see how the game goes. I said to the team that I love being tested. I love being tested because then you really see the character of the group.”

The Rapids entered Saturday’s match having played almost a full game on Thursday, due to the club’s U.S. Open Cup game in Minnesota being paused Wednesday after 18 minutes due to a weather delay. The Western Conference clash resumed Thursday, with the visitors falling 2-1 to Minnesota United in the tournament’s Round of 32 stage.

A grueling week ended with the Rapids returning to Colorado on Friday morning and preparing for Steve Cherundolo’s side and their visit on Saturday afternoon.

“I don’t know about the guys, but I went home in the afternoon (on Friday) fell asleep for about two hours and it was just a reflection of how exhausting these last three days have been,” Fraser said. “Imagine going to Minnesota on Tuesday, and you expect to be back Wednesday night, Thursday morning, and not only do we then have to play almost 90 minutes in the heat on Thursday. Now, we end up waking up really early Friday, day before a game, and then we go through all that.”

Fraser said he emphasized a mindset of “no excuses” heading into the weekend, and the team did its best to fit in full preparation for Saturday’s match.

“Our mindset had to be so strong,” centerback Auston Trusty said. “We all had excuses. Everybody could say anything about the past and just dwell on that, focus on that, but we decided to focus on the team, that this is why we’re here today and we had to do our job.”

Gyasi Zardes, who the club added at striker in a trade three weeks ago, scored his first goal in a Rapids uniform with a penalty kick finish in the 17th minute. Diego Rubio added another goal from the penalty spot only 11 minutes later, adding ample pressure to LAFC’s slim comeback hopes.

“So happy to see Gyasi get on the scorecard for us,” Fraser said. “He’s been phenomenal. His work rate for us is incredible and him leading the charge in our press is very instrumental in how we did.”

The Rapids’ attacking line seemed to be at a crossroads this season. The Rapids struggled to score goals in a five-match winless streak. Adding Zardes to Rubio’s production and the wide threat of Jonathan Lewis seems to be a winning strategy.

All four of the Rapids’ wins in 2022 have come at Dick’s Sporting Goods Park, and the Rapids remain unbeaten at home. Fraser said he’s tried to use the altitude to the team’s advantage as much as possible, and that staying strong in home matches is key to maintaining success.

The Rapids busy May schedule continues with a road trip to Sporting KC on Wednesday before home matches against the Seattle Sounders and Nashville SC.