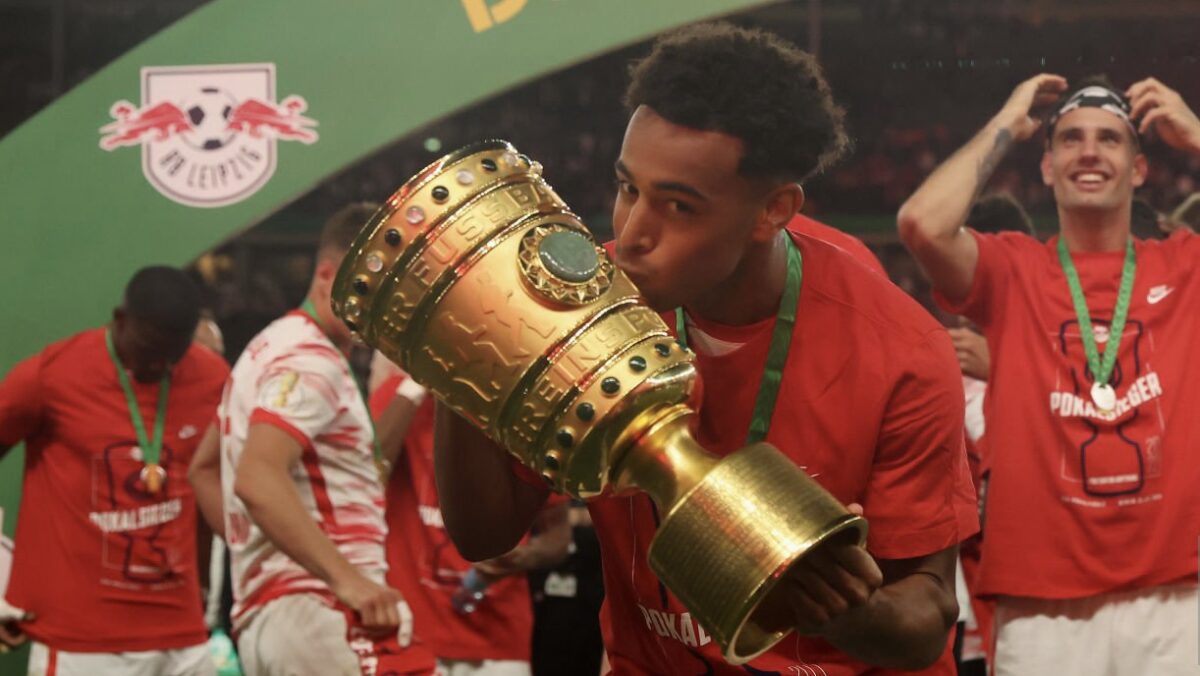 Tyler Adams has enjoyed a special year, having helped lead the U.S. men’s national team to a successful campaign to qualify for the World Cup, as well as playing a role in RB Leipzig securing a return to the UEFA Champions League. What had been missing from Adams season was a trophy, and that came on Saturday.

Leipzig triumphed 4-2 in the penalty shootout, pushing the game into extra time with a 76th-minute equalizer from Christopher Nkunku. Leipzig fought back after going down to 10 men in the 57th minute, when Markus Halstenberg was sent off because of a shove in the last line of defense.

Maximilian Eggestein opened scoring for Freiburg in the 19th minute. Ermin Demirovic missed a fourth-round penalty kick to hand Leipzig the trophy. It is the first time Leipzig have ever won the DFB Pokal.

Adams amassed 37 appearances in his fourth season with Leipzig. That included five Champions League appearances, but Leipzig finished third in its group and then fell to Rangers in the Europa League semifinals.

RB Leipzig finished the Bundesliga season in fourth place after overcoming a disappointing start to the season that ultimately cost Jesse Marsch his job as manager.