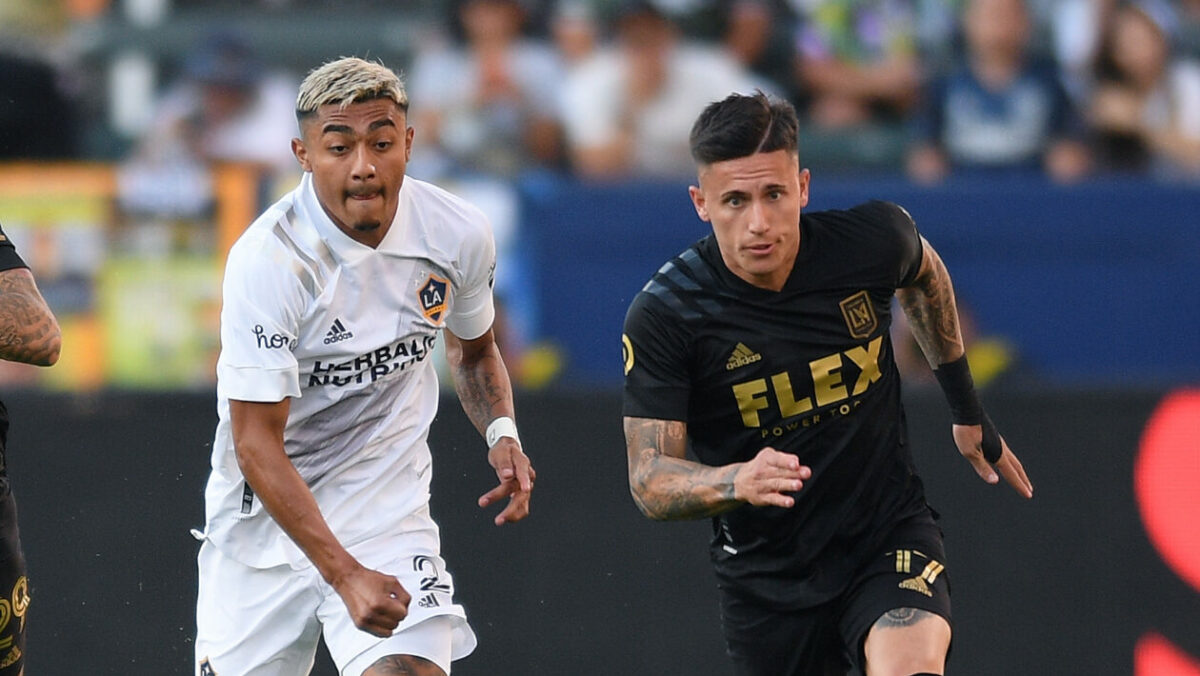 Some of Major League Soccer’s best rivalries will headline the U.S. Open Cup Round of 16, which kicks off on Wednesday.

Western Conference rivals L.A. Galaxy and Los Angeles FC will meet with Dignity Health Sports Park playing host to the in-state showdown. LAFC has failed to defeat the Galaxy in four straight meetings, including falling 2-1 in Carson back in April. Steve Cherundolo’s side have won two of their last five matches while the Galaxy has failed to win any any of their last three league fixtures.

Two of the favorites in the Eastern Conference will also meet this week as NYCFC welcomes the New England Revolution to Belson Stadium in Queens, New York. The defending MLS Cup winners have won four matches in a row, conceding only one goal over that span. Bruce Arena’s Revs are unbeaten in five-consecutive matches in all competitions, most recently defeating FC Cincinnati 3-2 away from home.

Two USL Championship sides and one USL League One club remains in the competition with Louisville City FC, Sacramento Republic FC, and Union Omaha all seeking trips to the Round of 16.

Here is a look ahead to this week’s U.S. Open Cup Round of 32, which takes place on Wednesday:

For the second time in 2022, the L.A. Galaxy and LAFC will meet, but with one team’s U.S. Open Cup dreams coming to an end.

LAFC makes the trip to Dignity Health Sports Park on Wednesday aiming to snap a four-match winless run against their in-state rivals. Steve Cherundolo’s side have won two of their last five matches in all competitions, most recently earning a 2-0 victory over the Columbus Crew on Saturday. Carlos Vela has scored in each of his last two appearances for LAFC while Cristian Arango and Mamadou Fall both netted goals in a Round of 32 win over the Portland Timbers earlier this month.

The L.A. Galaxy need a win to snap a three-match winless run in all competitions after recently being thumped 3-0 by the Houston Dynamo. Greg Vanney’s side sits fifth in the Western Conference table and needs a spark offensively to get things going against LAFC. Chicharito has five league goals this season, but has failed to score in his last seven appearances overall.

NYCFC will face off with the New England Revolution on Wednesday in what will be the first of three meetings in all competitions.

Ronny Deila’s squad is finding their stride, winning four-consecutive matches and riding a nine-match unbeaten run in all competitions. Offensively, Valentin Castellanos, Talles Magno, and Thiago Andrade headline a deep attacking group while defensively NYCFC has posted clean sheets in four of its last five matches. Tayvon Gray, Keaton Parks, and Andres Jasson are all options to start this week after coming off of the bench on Sunday.

The Revolution are riding a five-match unbeaten run of their own, scoring two goals or more in each of those matches. Star forward Adam Buksa has scored in seven-straight matches, while veteran players like Sebastian Lletget and Tommy McNamara have chipped in goals in recent performances. The Revs have won three of their last five meetings against NYCFC, but will have revenge on their minds after being eliminated by the MLS Cup winners in last season’s playoffs.

Louisville City FC’s U.S. Open Cup run continues this week with MLS opposition making the trip to Lynn Family Stadium for the first time in this season’s competition. Danny Cruz’s squad eliminated St Louis CITY2 and Detroit City FC in recent rounds, but overall suffered back-to-back league defeats in the USL Championship. Naill McCabe and Wilson Harris are in the in-form goalscorers for Louisville City FC in recent weeks while Brian Ownby is a veteran attacker who could add a spark.

Gary Smith’s Nashville SC visits Louisville this week hoping for an easier time in the Round of 16 after needing extra time to eliminate Atlanta United last round. The Western Conference club has won three of its last five matches, most recently tying the Five Stripes 2-2 in league play on Saturday. Hany Mukhtar and C.J. Sapong will lead the offensive attack for Nashville SC while Walker Zimmerman remains one of the top center backs in this season’s tournament.

Union Omaha has already defeated one MLS club in this season’s U.S. Open Cup and will aim for a second this week in St. Paul.

The USL League One visitors make the trip to Allianz Field on Wednesday, hoping for similar success against Minnesota United. Union Omaha eliminated Des Moines Menace, Chicago Fire, and Northern Colorado Hailstorm in their U.S. Open Cup run so far and has zero to lose against Adrian Heath’s Loons. Noe Meza is the standout star to watch for Union Omaha after scoring in four of his last five appearances.

Minnesota United has only won once of its last four matches in MLS play, but did eliminate the Colorado Rapids in the Round of 32 in this competition. A 2-1 road win over FC Dallas on Sunday was a positive result for the Loons, which saw Robin Lod score for the third-straight match. D.J. Taylor, Bakaye Dibassy, and Michael Boxall headline the defensive options for the Loons.