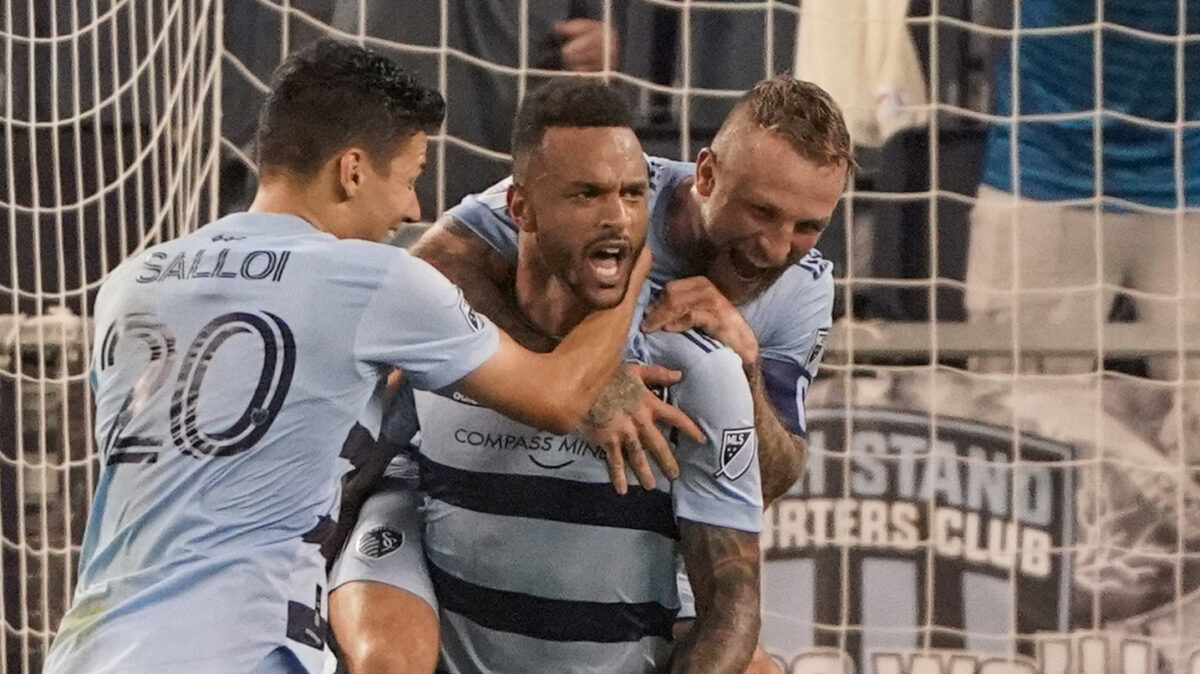 Elsewhere, Inter Miami rolled through to the next round with a 3-1 win over South Georgia Tormenta. Robbie Robinson scored once and Ariel Lassiter scored a brace as Inter Miami took their chances well. Orlando City provided a surprise for the Philadelphia Union Tuesday, earning a 2-1

Wednesday’s Open Cup slate will complete the Round of 32, with 10 matches. You can catch all U.S. Open Cup matches on ESPN+.

Here are the results from Tuesday’s U.S. Open Cup matches.

The Red Bulls put their quality of depth on full display in a romp over a heavily rotated D.C. United squad Tuesday night.

Luquinhas turned in a Man of the Match performance with a goal and an assist. He opened scoring in the third minute of first-half stoppage time. The Red Bulls’ second goal came as a result of Luqinhas’ dribbling skills and assist to John Tolkin.

Zachary Ryan, a 23-year-old Homegrown player subbed in in the 67th minute and scored right away, turning in a cross in the 68th minute. Ryan played alongside several more young players for Red Bull, including Daniel Edelman, Dru Yearwood, Tom Barlow and Dylan Nealis.

D.C. United played an entirely rotated lineup, with not a single player in the lineup Tuesday in the team that beat the Dynamo 2-0 last Saturday.

Red Bulls centerback Aaron Long left the match in the 11th minute with an injury. That could raise some alarm bells for U.S. men’s national team fans, but luckily Red Bulls coach Gerhard Struber said Long was subbed off for “tightness in the calf” and that Long was “optimistic” that scans would not reveal major issues.

The top clash between non-MLS teams stretched all the way to penalties, with Louisville City progressing on the road. This was one of the most hotly contested matches in the Open Cup Round of 32, as Louisville City lies top of the USL Championship Eastern Conference and Detroit isn’t far below at third-place.

Maxi Rodriguez converted a penalty kick early in the match to hand Detroit the advantage, but Wilson Harris punched in a rebound near the goal line to equalize 10 minutes later.

Louisville City won the shootout in the fourth round, as Detroit centerback Stephen Carroll blasted his spot kick over the bar. Louisville goalkeeper Kyle Morton stopped a penalty kick in the second round of the shootout to claim the advantage. Morton made four saves in regulation and tow more in extra time to fend off Detroit City’s attack.

In one of the wildest Open Cup matches yet, Sporting Kansas City equalized eight minutes into stoppage time, capitalizing just one minute after a Jose Martinez red card that left FC Dallas a man down heading into extra time.

Marinos Tzionis scored with a header in the eighth minute of stoppage time to send the game to extra time.

Sporting KC made quick work of Dallas in extra time, with an Edwin Cerillo own goal coming four minutes into the first period. Khiry Shelton sealed the win in the 113th minute, scoring his first goal of 2022 in all competitions by jumping on a bad giveaway at the back for FC Dallas.

Here are all of Tuesday’s U.S. Open Cup results: