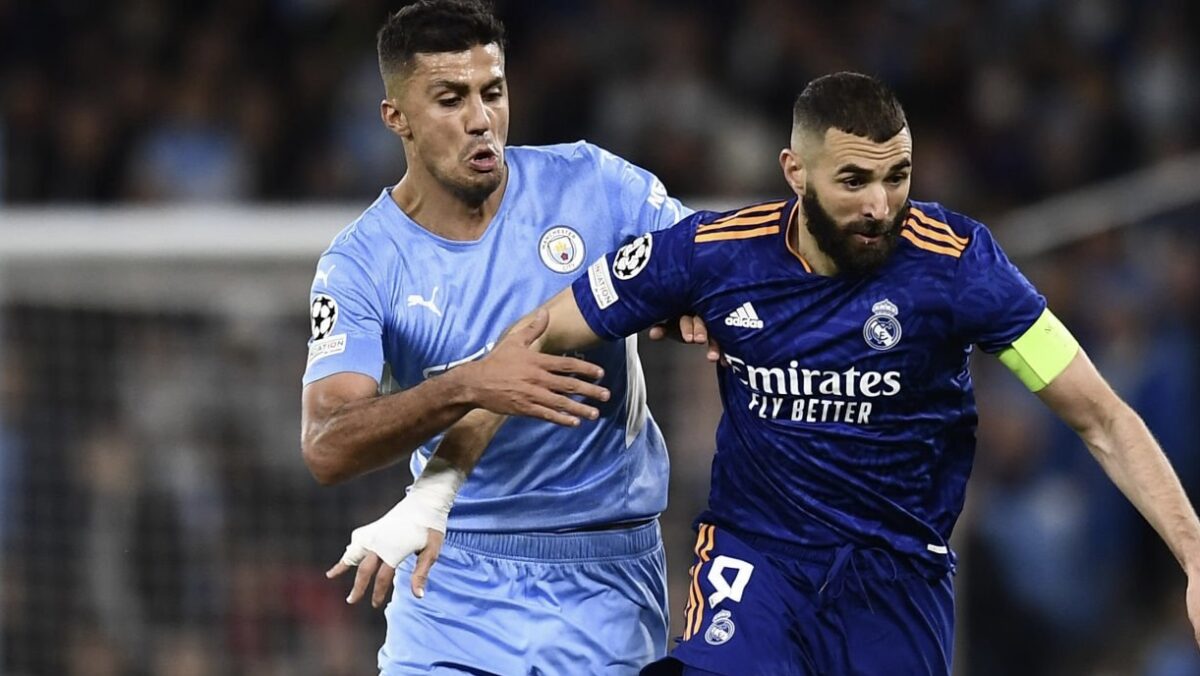 The UEFA Champions League semifinals come to a close this week with Manchester City, Real Madrid, Liverpool, and Villarreal all aiming to book their spot in May’s final in Paris.

Real Madrid returns to the Santiago Bernabeu, down 4-3 on aggregate to Pep Guardiola’s side. Los Blancos celebrated with the La Liga title on Saturday after clinching the league crown for the 35th time in their history. Karim Benzema scored twice in the first leg loss in Manchester and will lead the line for Real Madrid in what the Frenchman hopes is a bounce-back victory on home soil. Manchester City cruised past Leeds United 4-0 on Saturday with four different players getting on the scoresheet. The Citizens will hope that their missed chances at the Etihad last week don’t hurt them in booking a spot back into the final.

Liverpool takes a 2-0 aggregate advantage to Villarreal on Wednesday, needing a strong defensive showing to avoid any slip-ups to the La Liga hosts. Jurgen Klopp’s side grinded out a 1-0 win over Newcastle United on Saturday to stay right behind Man City in the English Premier League title race. Villarreal is still fighting for a European qualification spot for next season and comes into the match off of the back of a 2-1 league loss to Deportivo Alaves.

Real Madrid gave itself a strong chance to turn things around against Manchester City, and with Karim Benzema scoring goals at will, Los Blancos will be confident to score a few goals at home.

Benzema scored once off of the bench on Saturday as Real Madrid clinched the La Liga title with a 4-0 romp over Espanyol. Rodrygo scored two goals in that contest while Marco Asensio also found the back of the net at Estadio Bernabeu. Although Real Madrid scored three goals at the Etihad Stadium last week, it will need a strong defensive showing to keep the high-flying Citizens off of the scoreboard.

Manchester City scored four goals in last week’s first leg, but easily could’ve had seven or eight to further pad its lead over Real Madrid. Pep Guardiola’s side kept the train rolling on Saturday, scoring four in a 4-0 victory over Leeds United, remaining top of the English Premier League table. Joao Cancelo returned to the starting lineup on Saturday which is a major positive for Man City’s defensive options and Kyle Walker will face a late fitness test on Wednesday morning, Guardiola confirmed Tuesday. John Stones, who left last week’s first leg through a muscular injury will not travel with the team. Gabriel Jesus and Kevin De Bruyne headline the offensive weapons for Guardiola after both scored in Manchester last week.

Villarreal’s Champions League run will come to an end Wednesday if the La Liga side doesn’t turn things around at home.

The La Liga hosts are down 2-0 on aggregate and recently lost 2-1 in league play, hurting their chances for a top-seven finish this season. Goals have dried up of late for Unai Emery’s squad, which have only tallied eight goals in the past seven matches. Arnaut Danjuma, Dani Parejo, and Samuel Chukwueze will need to lay it all on the field for Villarreal to upset Liverpool and reach a first-ever UCL Final.