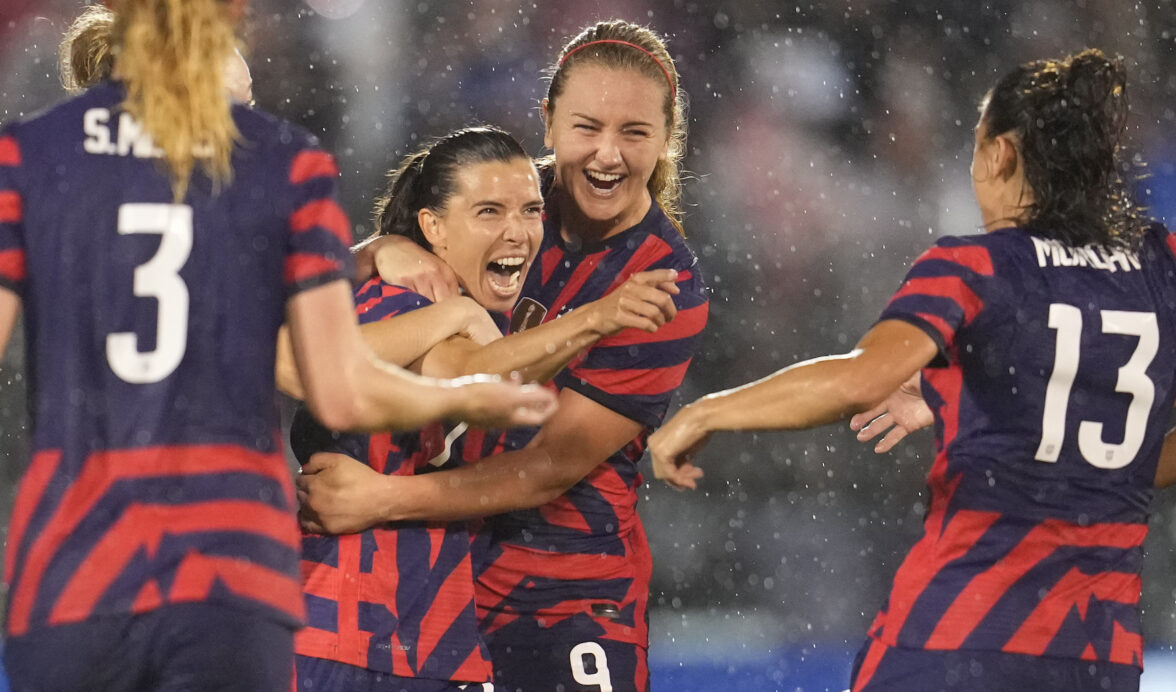 Equal pay between the USWNT and USMNT has been agreed upon, U.S. Soccer announced Wednesday. The new CBA, which is set to run through 2028, will ensure that U.S. Soccer’s Senior National Team players remain among the highest paid in the world.

Also included in the new CBA, U.S. Soccer became the first Federation in the world to equalize FIFA World Cup prize money awarded to the USWNT and USMNT for participation in their respective World Cups. The respective unions will receive 90% of the FIFA bonuses paid at the 2022 and 2023 World Cups and 80% of the bonuses at the 2026 and 2027 editions. All of the funds paid out from those bonus pools will be split evenly among the two national teams.

“This is a truly historic moment,” said U.S. Soccer President Cindy Parlow Cone. “These agreements have changed the game forever here in the United States and have the potential to change the game around the world. U.S. Soccer and the USWNT and USMNT players have reset their relationship with these new agreements and are leading us forward to an incredibly exciting new phase of mutual growth and collaboration as we continue our mission to become the preeminent sport in the United States.

“I am grateful for the commitment and collaboration of both the men’s and women’s National Teams and I am incredibly proud of the hard work that has led to this moment,” added Cone. “Everyone who cares about our sport should share in this pride as we look forward to working together to grow soccer for generations to come.”

In addition, the USWNT will also receive fringe benefits including insurance, parental leave, and short-term disability.

“They said equal pay for men and women was not possible, but that did not stop us and we went ahead and achieved it,” said USMNT player and member of the USNSTPA leadership group Walker Zimmerman. “We hope this will awaken others to the need for this type of change, and will inspire FIFA and others around the world to move in the same direction.”

“The accomplishments in this CBA are a testament to the incredible efforts of WNT players on and off the field,” said USWNT player and USWNTPA President Becky Sauerbrunn. “The gains we have been able to achieve are both because of the strong foundation laid by the generations of WNT players that came before the current team and through our union’s recent collaboration with our counterparts at the USNSTPA and leadership at U.S. Soccer. We hope that this agreement and its historic achievements in not only providing for equal pay but also in improving the training and playing environment for National Team players will similarly serve as the foundation for continued growth of women’s soccer both in the United States and abroad.”