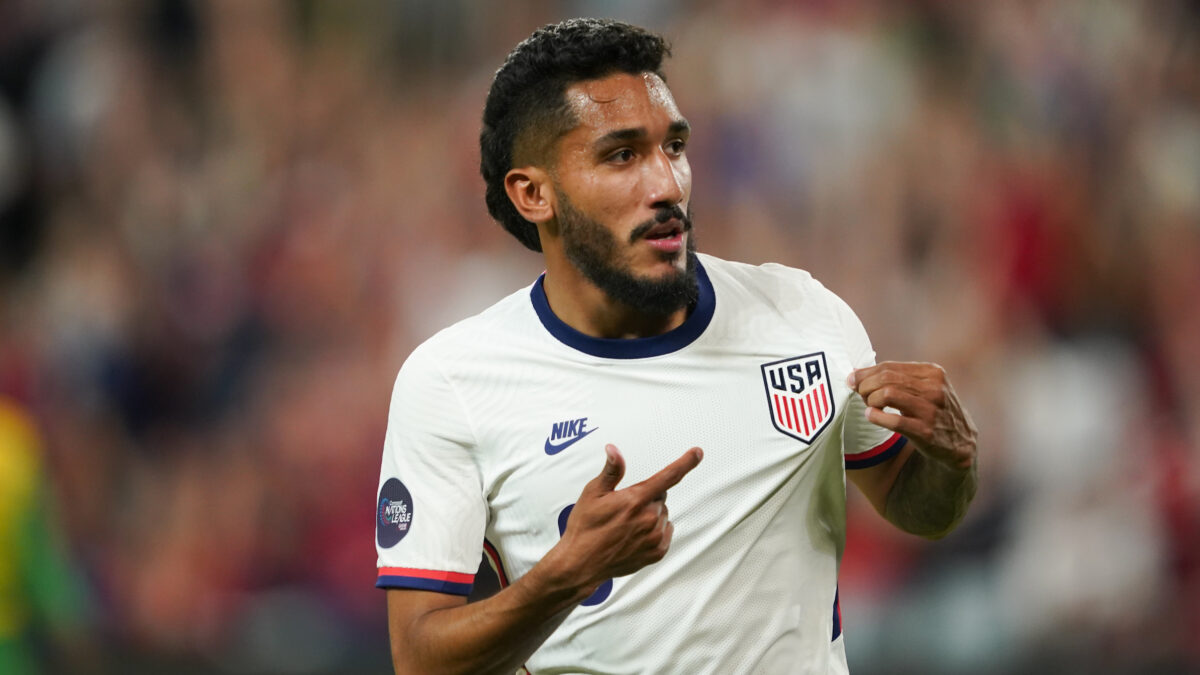 The U.S. men’s national team striker pool has been a bit of a cursed bunch over the past year, with several candidates for the starting role falling victim to everything from injuries to poor runs of form to changes in positional roles with their club teams.

The instability has made the search for one clear choice a difficult one for Gregg Berhalter. From Ricardo Pepi’s form going colder than Minnesota in the winter, to Daryl Dike suffering injuries that wiped out most of his first season in England, to Jordan Pefok squandering his chance to impress Berhalter in March, then coming down with an injury just as he had positioned himself for another look, candidates for the USMNT striker role have been stuck in a revolving door of disappointment.

Enter Jesus Ferreira, who has had much better luck than his competitors, while also making the most of the chances that have come his way. Berhalter first deployed Ferreira in a striker role that felt more like false-nine than traditional striker, then former USMNT assistant Nico Estevez was hired by FC Dallas and implemented the same system the USMNT runs and proceeded to plug Ferreira into the striker role left vacant by Pepi’s transfer. Toss in the acquisition of Paul Arriola to help give Ferreira invaluable support and the recipe was a perfect one for cultivating Ferreira’s adaptation to the striker role.

Friday’s four-goal outburst against Grenada was the culmination of the process. As much as the level of opponent wasn’t exactly World Cup caliber, Ferreira’s finishes were excellent, and he also impressed with his ability to shake off some difficult moments during the match before his barrage of second-half goals.

“Any time a player is under pressure, you look for how they respond, and that’s the important thing,” Berhalter said on Friday. “And no matter what the level the opponent is, the player still has to perform, and Jesus, I sensed he was under pressure. I talked to him this afternoon and I told him that we don’t judge him just based on goals. And I’ve said that to you all along, he does a lot of other stuff that really helps this group be successful.”

Berhalter’s pep talk before Friday’s match may have felt needed for a player who had managed just one goal in his previous nine USMNT appearances, but Ferreira also entered the current camp in excellent club form with FC Dallas, and though he didn’t score against Morocco or Uruguay earlier in June, he showed against Grenada all the qualities that have been on display in MLS over the past three months.

“I’ve been working a lot on my mental side of the game and knowing how to move on from plays,” Ferreira said. “Everyone noticed that I was very frustrated at that moment because that was a an easy goal, easy header by myself and I have to finish those. But learning that I can move on from that and still stay at a high level, that’s what I’ve been working on a lot. It paid off that I just had to move on and get on to the next opportunity.”

Ferreira’s continued improvement in the attacking aspects of the striker role, combined with his stellar defensive workrate and penchant for relentless pressing, making him ideally-suited for Berhalter’s system and is why he hold on the starting striker spot is only growing stronger.

The World Cup is fast approaching, and Ferreira is looking more and more like a safe bet to be a starter, let alone on the team, but the FC Dallas standout isn’t ready to take anything for granted. He knows all too well how much can change in the coming months, and it’s helping keep him grounded even as his stock continues to rise.

“I don’t really want to think that much ahead,” Ferreira said of the prospect of being the USMNT starting striker at the World Cup. “There’s a lot of good players out there that can take care of that spot. What I want to do is just keep focus, keep working hard to earn more performances, earn more minutes to show what I can do for the team.

“I don’t want to think too much ahead of that. I want to just stay in the present. Keep doing day by day and keep working hard.”