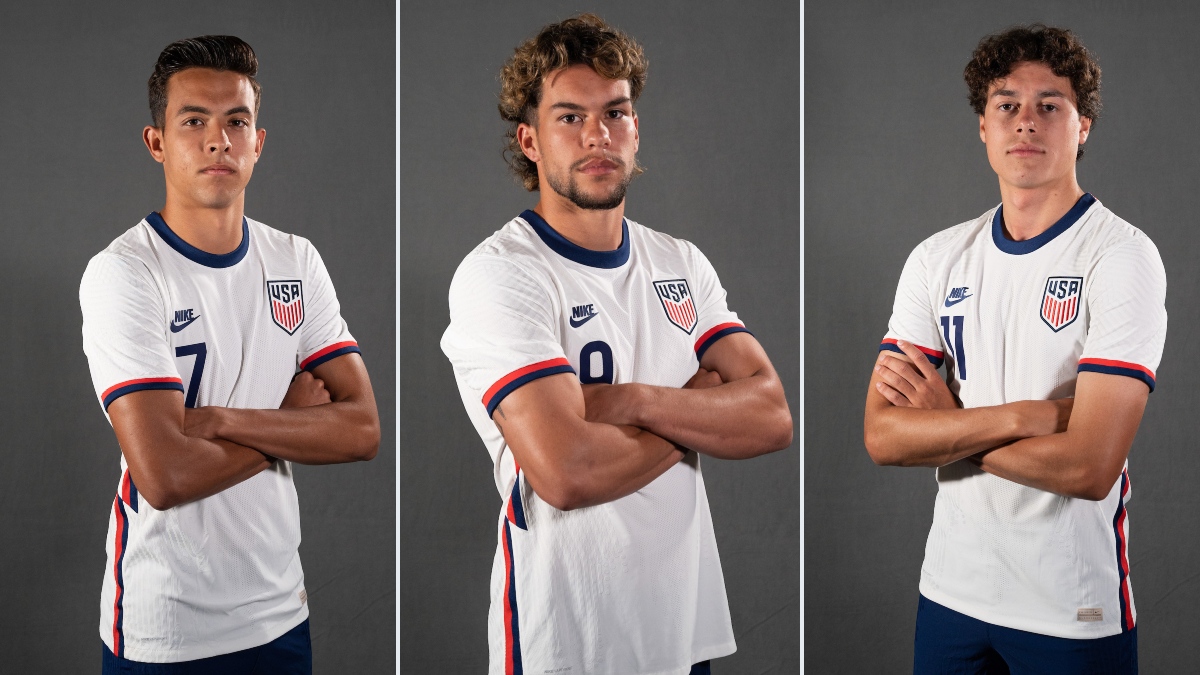 The 2022 Concacaf Under-20 Championship kicks off on Saturday for the U.S. Under-20 men’s national team and for Mikey Varas’ side to lift the title and secure berths in the next Under-20 World Cup and Olympics, it will take some strong performances from the team’s top players.

None of the top Under-20 players in the USMNT talent pipeline are available for the tournament, meaning the likes of Yunus Musah, Gio Reyna, Ricardo Pepi, George Bello and Joe Scally aren’t involved, but Varas still has some good firepower capable of delivering the third straight Concacaf title in the program’s history.

One player who should play a key role is Seattle Sounders midfielder Obed Vargas, the impressive 16-year-old midfielder who will join the USMNT U-20s for the knockout rounds. Vargas has emerged as a regular for the Sounders, most notably coming on to help them win the Concacaf Champions League final, but club duties will delay his arrival in Honduras.

So who will be leading the charge for the USMNT U-20s throughout the tournament? Here is a closer look at five players who will be key to the Americans retaining their title as U-20 kings of Concacaf:

Cade Cowell is just 18, but he comes into the Concacaf U-20 Championship with the most experience under his belt.

Cowell has totaled 65 MLS appearances for the San Jose Earthquakes, totaling seven goals and 11 assists in league play. The young forward will lead the offensive unit for Varas this summer, bringing a strong work ethic and a clever mix of creativity and speed in the final third.

With many versatile players in the squad, Cowell could move more centrally to give the USMNT U-20’s the best chances towards goal.

Caden Clark has struggled for consistency during the 2022 MLS season, but will be pushing to play a key role for the USMNT U-20’s.

The New York Red Bulls midfielder has been reduced to six appearances in Gerhard Struber’s squad due to injury. Clark, 19, has totaled the second-most MLS appearances in the current USMNT U-20 squad, and will be one of the leaders in midfield.

With Paxten Aaronson, Quinn Sullivan, and others able to move higher upfield, Clark could be used to run the show at the No. 10 position.

Cade Cowell will headline the attacking options for Varas’ squad this summer, but Quinn Sullivan won’t be far behind after scoring in several matches during the USMNT U-20’s preparation.

Sullivan, one of four Union homegrowns in the squad, totaled three goals in a 5-3 win over River Plate back in March, while also scoring against Argentina’s U-20 side in the same window. The 18-year-old forward has been reduced to only seven appearances with the Union in MLS play, but is a hardworking player who Jim Curtin has relied on to help close out matches.

Sullivan’s pesty style of play will be welcomed by Varas and his coaching staff, to help lighten the load on Cowell and Clark.

Brandan Craig has been one of the top centerbacks in MLS NEXT Pro for Philadelphia Union II and now the homegrown defender will look to carry that confidence over to international play.

Craig has yet to debut for Jim Curtin’s first team at Subaru Park, but it hasn’t stopped him from playing regularly under Marlon LeBlanc. The 19-year-old has scored one goal and added two assists for Union II, being a real threat on both sides of the field.

After being a leader for Union II so far in MLS NEXT Pro, Craig will look to do the same in Varas’ unproven backline.

Chris Brady excelled with Chicago Fire FC II during the early stages of the MLS NEXT Pro season and now will aim to grab the No. 1 job in Varas’ squad.

Brady, 18, signed a long-term contract with the Fire earlier this spring, but remains a back-up option with the first team. The 6-feet-3 shot-stopper impressed with Fire II, posting two clean sheets in four appearances, while also averaging just under five saves per match.

Brady will battle with fellow MLS NEXT Pro goalkeeper Antonio Carrera for the starting job, but might have the slight edge heading into Matchday 1 following his familiarity in Varas’ squad.

Which of these players are you most excited to see play? Who did we leave off the list that you see having a big tournament?