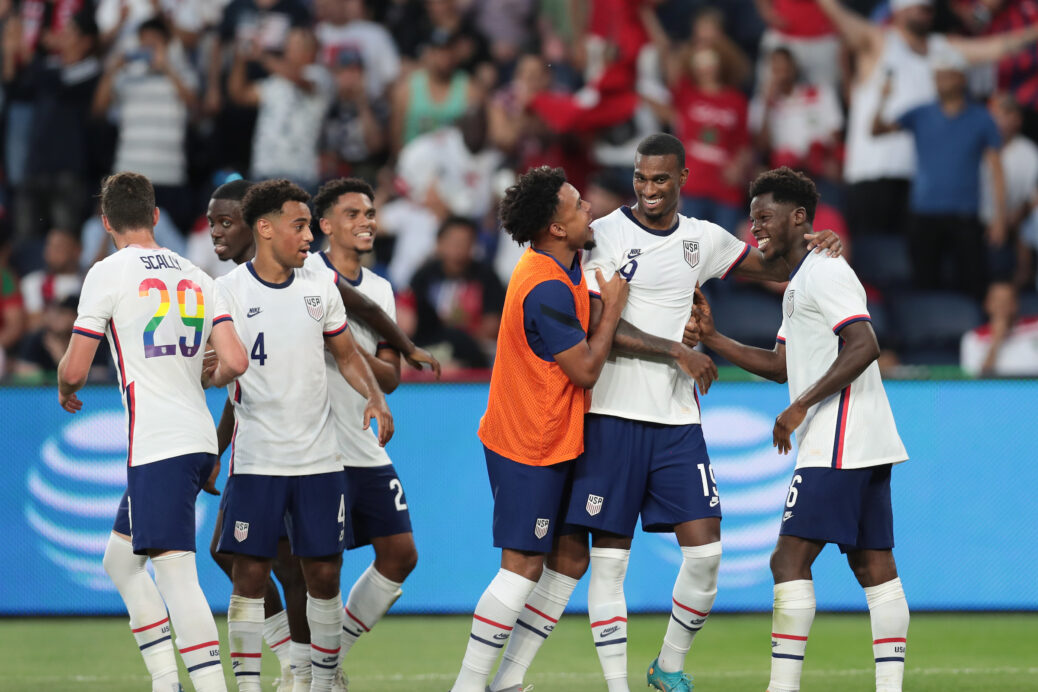 CINCINNATI – Haji Wright and Christian Pulisic go way back, once forming a dynamic duo on the youth national team levels from U-15 to U-17 in the U.S. men’s national team pipeline. That made it fitting for Pulisic to make Wright’s already-memorable night on Wednesday just a little bit more special.

Pulisic passed on a chance to take a second-half penalty kick and instead handed the duties to the other half of the first dynamic duo he was ever part of and Wright made the most of the gesture, slotting home the penalty kick to mark his USMNT debut with a goal (Making him the 56th player to score on his USMNT debut).

“It’s an amazing feeling,” Wright said. “It’s been an amazing ride up to here. It just felt amazing to make my debut for the national team.”

“Haji and me, we go way back,” said Pulisic, who flashed a wide smile as he watched his old friend enjoy the moment after he scored. “I think he needed that goal, and he said he was confident to go step up and take it so I wanted him to get that confidence and I’m happy he scored.”

Wright admitted after the match that the decision to take the penalty wasn’t entirely on Pulisic.

“I asked him, actually,” Wright said, admitting he requested the chance to take the kick. “He gave me the opportunity to score my first goal in my first game. I’m really grateful.”

“It’s also a good story and really great leadership when you see Christian given the penalty to Haji.” Gregg Berhalter said. “It shows how selfless the leaders are on this team, and desperately wanting him to succeed.

“Haji has had a different path than most have had, but he’s here now, and that’s what counts.”

Wright joins the USMNT fresh off an impressive season on loan with Turkish side Antalyaspor. His 14 goals led the team to a seventh-place finish (following a lackluster 16th-place finish before his arrival) in Turkey.

Wright ended the season with a torrid run of eight goals in seven matches across April and May, a streak that went a long way towaard bolstering his case for earning his first USMNT call-up.

“I just want to work hard and prove my worth as a team and to the coach,” Wright said. “And hopefully, I’ll get more minutes just to show myself,”

Wright’s overall performance, and decision to ask for, and convert a penalty kick in his debut, should be enough to earn him more opportunities during a busy June for the USMNT, and should boost his stock in what stands as a wide-open race for striker spots as the World Cup draws closer.