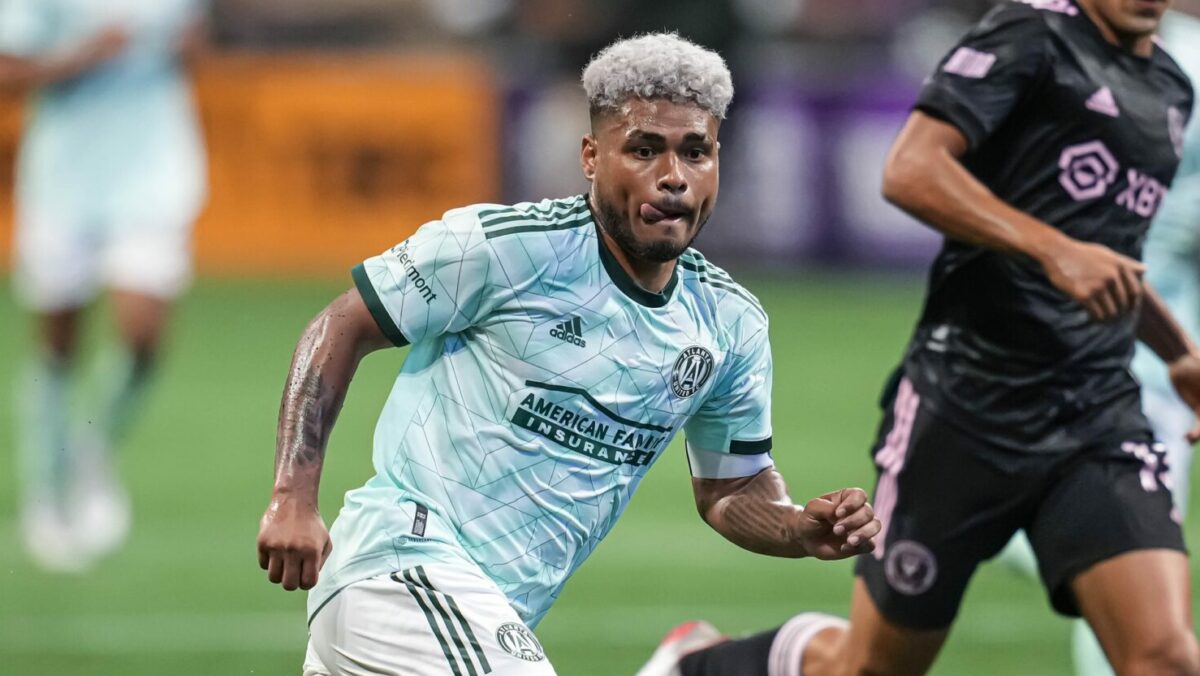 Josef Martinez could be well and truly back, Sporting Kansas City could have turned a corner with a key road win and the New York Red Bulls continue to impress as the Eastern Conference tightens up at the top. A revealing Week 15 of MLS action brought incredible goals and stiffening competition in both conferences.

Martinez scored his first goal for Atlanta United since March 19 as Atlanta arrived one point away from playoff contention in a 2-0 win over Inter Miami. Graham Zusi scored the type of goal he’s become known to score as Sporting KC handed Nashville SC its first home loss since November 2020. Austin FC spent half the match with 10 men, but still earned all three points with a goal from Maxi Urruti in a win over CF Montreal.

Josef Martinez didn’t miss a beat in his first MLS start in almost two months. Martinez has struggled with injuries again in 2022, missing another chunk of time with knee surgery in April, but he was in top form on Saturday. The Venezuelan striker scored a goal, set up another with an excellent assist, and his sharp pass created the situation that led to Inter Miami’s red card.

The loss of Martinez has been a major detriment to Atlanta United, which has also struggled with injuries elsewhere on the field. The club had some production up top from Ronaldo Cisneros, but it hasn’t quite lasted. A true return of Martinez over the summer would bode well for Atlanta’s chances at making the playoffs.

Nashville was held to only two shots on goal by Sporting KC’s back line, thanks to a strong showing from centerbacks Nicolas Isimat-Mirin and Andreu Fontas, plus an excellent game by defensive midfielder Remi Walter. Sporting KC coach Peter Vermes deployed a 4-1-4-1 formation, a slight change from the team’s normal 4-3-3 setup.

Sporting KC center midfielder Felipe Hernandez froze Nashville goalkeeper Joe Willis with a free kick to claim the lead in the 41st minute. Graham Zusi supplied a classic Zusi goal to double the lead, hitting the back of the net from about 20 yards away.

Honorable mention for Team of the Week must go to Austin FC, for downing CF Montreal on the road despite a red card leaving them a man down for most of the match. The Whitecaps were among the top teams as well, beating FC Dallas for a second time in the span of a month, this time away from home. The New York Red Bulls earned a home win over Toronto FC with excellent play from Lewis Morgan and Luquinhas.

The finesse involved is off the charts in Luquinhas’ goal to put the Red Bulls up 2-0 at Red Bull Arena Saturday. Luquinhas sent a shot directly over the heads of TFC defender Shane O’Neill and goalkeeper Quentin Westberg.

Luqinhas scored his fifth goal of the season and his third goal in the last three games. The Red Bulls have notched win in three of their last four matches, and are only one point behind New York City FC for the top spot in the Eastern Conference.

Honorable mention for Goal of the Week goes to Graham Zusi for a beautiful strike that was near impossible to save. Other top goals this weekend came from Alejandro Bedoya against FC Cincinnati and Gustavo Bou against Minnesota United.