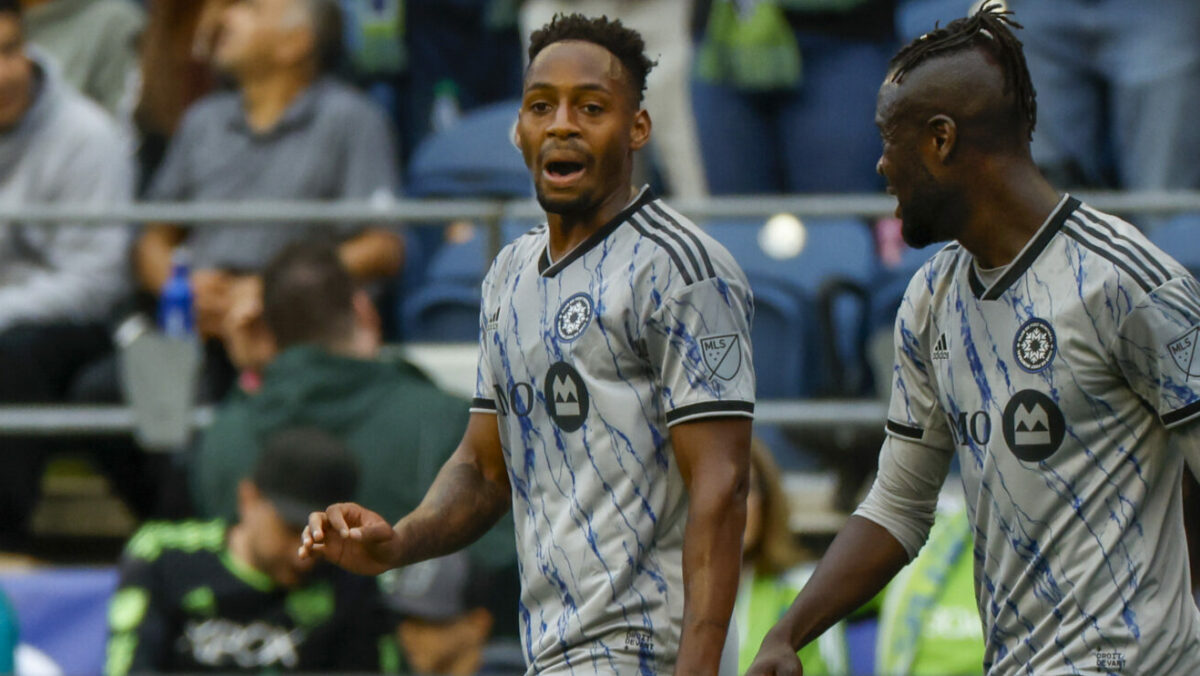 Mason Toye has been waiting to get back to his best for Eastern Conference club CF Montreal and after a 10-month recovery from a shoulder injury, the veteran forward provided a glimpse of his long-term potential in 2022 and beyond.

Toye scored a brace on Wednesday night in CF Montreal’s 2-1 road win over the Seattle Sounders at Lumen Field, his first goals of the 2022 season. The 23-year-old had been sidelined since last summer due to shoulder surgery, but returned with a bang this week to help propel the Canadian club to first place in the Eastern Conference.

“I’m really, really happy to be a part of this club,” Toye said following Wednesday’s victory. “Everybody was so supportive while I was in my rehab process…Just knowing that they still had confidence in me for when I made my return, that was great for me to continue to press and continue to work hard every day to try to get back as quick as possible. I’m really thankful that I’m able to be a part of a club like this.”

Toye, a former 2018 first round draft pick by Minnesota United was acquired by CF Montreal for $600,000 in General Allocation Money and went on to tally seven goals in 14 appearances prior to his injury. CF Montreal signed veteran striker Kei Kamara this offseason to help in Toye’s absence and the pair connected on both goals of Wednesday’s comeback win in Washington.

Both players have familiarity with one another from their time in St. Paul in 2020 and Kamara praised Toye’s impact in only his second appearance this season.

“When I went to Minnesota [United], I was really looking forward to playing with Mason,” said Kamara. “I used to watch him, and I used to tell him I like the way he plays. It reminds me of me in the box… He’s a good player. We’re so happy for him. It’s hard, not just physically but mentally for anyone to be out of the game that long. To be able to come back and be ready, this is the start that I wish for any striker.”

Toye will now aim for consistent success this year as Wilfried Nancy’s squad aims to remain in the race for Supporters’ Shield. CF Montreal remains without star playmaker Djordje Mihailovic through injury, but has Toye back to help provide more options in the attacking third during a busy July schedule.

The former U.S. Under-23 men’s national team player will also be pushing to get into Gregg Berhalter’s plans ahead of the 2022 FIFA World Cup in Qatar, but for now remains focused on getting back to 100% for himself and his club.

“My main focus is to improve as a soccer player, in all aspects of my game, and as a person,” said Toye. “As long as I continue to focus on the process of becoming a better player and a better person every day, I have no doubt that I’ll continue to score plenty of goals.”