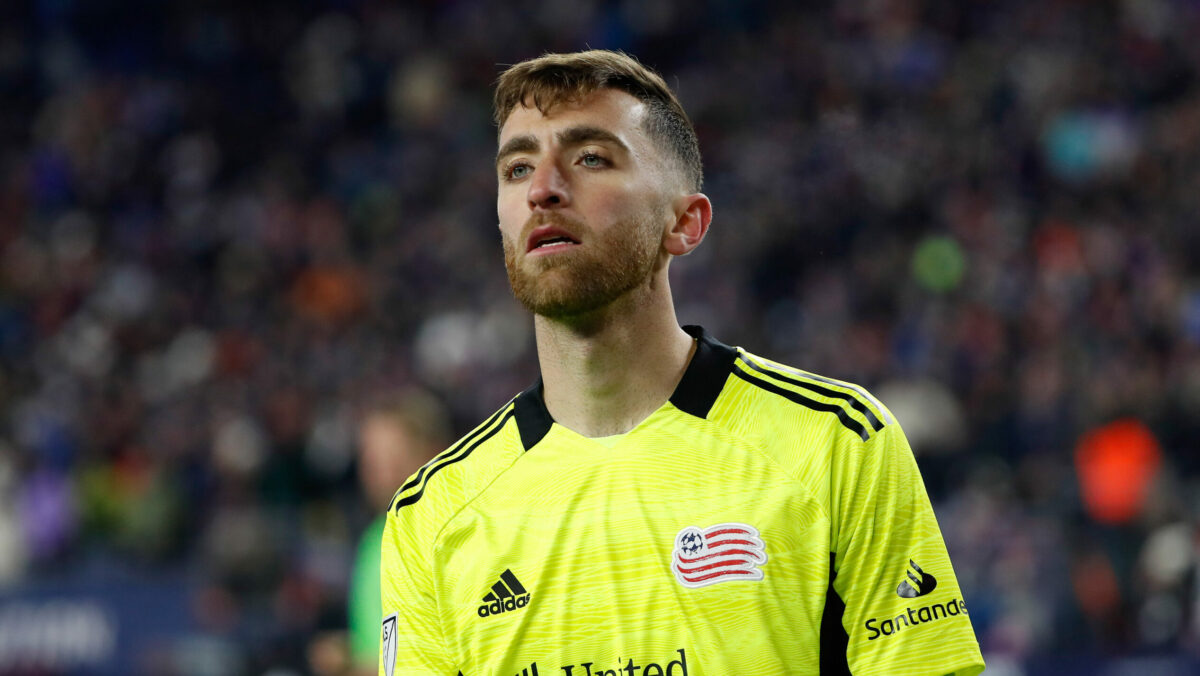 New England Revolution and U.S. national team goalkeeper Matt Turner’s move to Arsenal might feel like a dream to Turner. The unlikely No. 1 for the USMNT grew up supporting Arsenal, and his career has followed a storyline unlike anyone else’s.

As Turner says goodbye to MLS and the Revolution, he’s not celebrating how far he has come. Instead, Turner is focused on proving himself in the Arsenal setup.

“It means a lot to me,” Turner said of the move to Arsenal. “I’ve always been in this game because I love it, and secondly to see how far I can take it and this is obviously a big step up, MLS going to the Premier League. It’s going to be an amazing journey, amazing step in my story, but that novelty will wear off pretty soon because I understand that going there, it’s going to require a lot of focus. It’s going to require a lot of dedication and sacrifice, and I’m going to have to put my best foot forward every single day if I want to have even a sniff of success.”

Turner will play his final game with the Revolution Saturday, when the team takes on Minnesota United at Gillette Stadium. He’ll finish his six-year career with the Revs having made 103 MLS appearances.

“We’re real pleased that it worked out for Matt and our club as well as Arsenal,” Arena said. “This this is all part of the business. We’re going to lose good players if we do a good job with them and if our team experiences some successes. So, that’s been the case with the three players that we’ve transferred this year.”

The sale of Turner for a reported $10.2 million continues a run of sales for the Revs, which have recently sold Adam Buksa ($10 million to RC Lens) and Tajon Buchanan ($7 million to Club Brugge).

Turner rose to the starting job with the Revolution after going undrafted out of Fairfield University, spending time on loan at the Richmond Kickers and eventually earning the No. 1 spot with the Revs. His rapid rise to the starting spot caught attention from the USMNT, and Gregg Berhalter has opted for Turner in goal 18 times since February 2021. Turner made his way into the USMNT after receiving no attention earlier in life from youth national teams, mostly because Turner spent much of his time in high school playing basketball or baseball.

“For me, I came to soccer late, and because of that I’ve always had to prove myself every single day,” Turner said. “I always sort of had the decks stacked against me, so I didn’t have opportunities come flying at me all the time. When I got those opportunities to play or to be in a preseason, to have an opportunity to start a game, I always knew that I had to make the most of them and really perform if I wanted to develop that credibility.”

Arena said Turner is improving in many aspects of his game. Turner’s bread and butter is with shot-stopping, but Arena said his ability on crosses and distribution made leaps in his time with the Revs.

” I coached Brad Friedel, Kasey Keller, goalkeepers that have played very well in the Premiership and Matt can grow to that level,” Arena said. “So, I think Arsenal has gotten themselves a very good goalkeeper.”

From the USMNT perspective, Turner’s move to Arsenal changes the conversation surround the starter in goal for Qatar 2022. Turner will likely play behind Arsenal starter Aaron Ramsdale, making each top goalkeeper prospect in Berhalter’s pool a backup, aside from NYCFC starter Sean Johnson, who started in a 0-0 friendly against Uruguay two weeks ago.