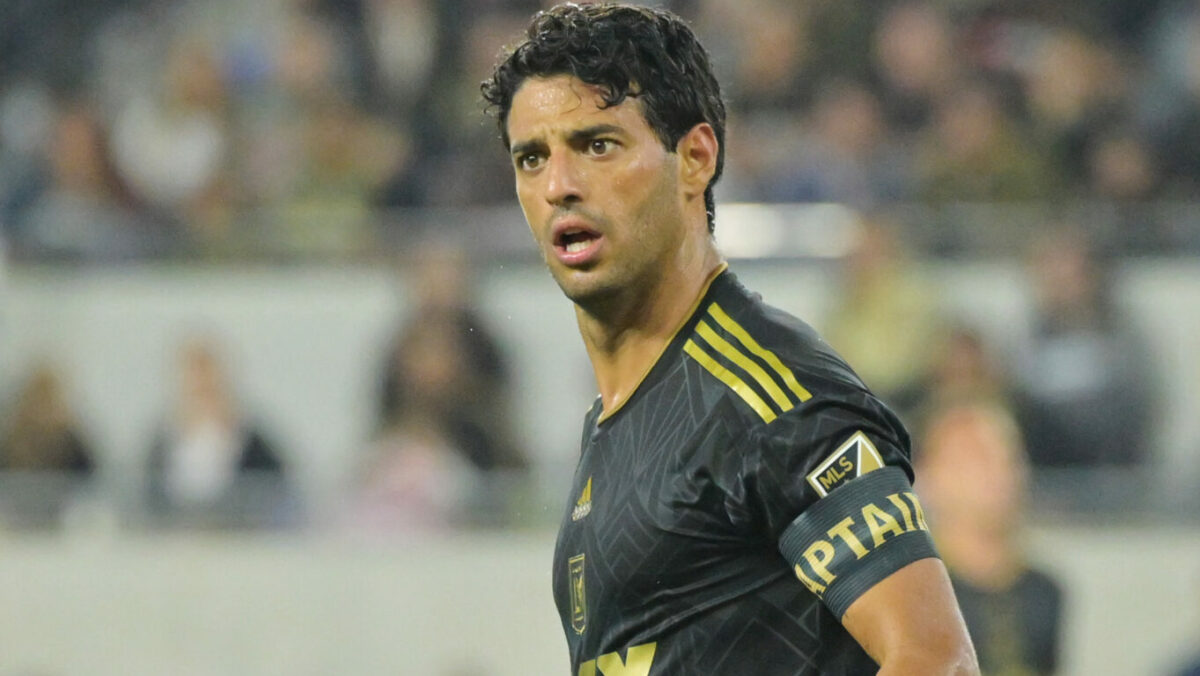 LAFC has already bolstered its roster with the midseason acquisitions of Gareth Bale and Giorgio Chiellini and now Steve Cherundolo will have the services of star forward Carlos Vela for the next 18 months.

Vela signed a new contract with LAFC on Tuesday which will run through the 2023 MLS season, the Western Conference club announced. The 2019 MLS MVP and current league record holder for most goals scored in a season (34), Vela leads LAFC this season with six goals and three assists in 15 games, as the club sits first in the Western Conference.

“Carlos has been an integral piece of LAFC’s success on and off the field since the beginning,” LAFC Co-President & General Manager John Thorrington said. “Carlos has proved that he is one of the top players this league has ever seen, and we are thrilled to have him continue to lead our Club as we attempt to win more trophies this season and beyond.”

The 33-year-old joined LAFC as the club’s first signing in club history in August 2017 and since has helped the club win Supporters’ Shield in 2019 and reach the Concacaf Champions League Final in 2020. Vela has totaled 101 MLS regular season appearances to date with 63 goals and 39 assists in 7,954 minutes played.

LAFC leads the Supporters’ Shield race this season as well with 33 points earned through 16 matches played.

Here is a closer look at Tuesday’s MLS News:

Ronaldo Cisneros has added offensive production to Atlanta United’s squad this season and the Mexican forward will now remain in MLS through the rest of the 2022 season.

Atlanta United has extended Cisneros’ loan through the end of the 2022 season, the Eastern Conference club announced Tuesday. Cisneros loan also includes a purchase option at the conclusion of the season.

The 25-year-old joined the Five Stripes from Liga MX side Chivas and has totaled four goals in 10 league appearances to date. Cisneros filled in for the injured Josef Martinez during the early stages of the season and has remained in the starting lineup despite Martinez returning to action.

FC Dallas has committed to Maarten Paes as its No. 1 goalkeeper for the foreseeable future, exercising the purchase option from Dutch side FC Utrecht on Tuesday.

Paes’ contract with FC Dallas now runs through the 2024 MLS season, and includes options for 2025 and 2026, the Western Conference club announced. The 24-year-old 24 joined FC Dallas on an initial loan from FC Utrecht earlier this year and has since totaled four clean sheets in 14 league appearances.

A former youth product of NEC Nijmegen, Paes joined FC Utrecht on a permanent transfer in 2018. Paes totaled 44 appearances for the club, which also included 18 appearances for Jong Utrecht in the Dutch Eerste Divisie.

FC Dallas sits fourth in the Western Conference following Saturday’s 2-2 draw with in-state rivals Austin FC. Paes has helped FC Dallas record a +9 goal differential so far, which is the third-best in the West.

Nicolas Mezquida is on his way to Europe after nearly one decade in MLS.

Mezquida has joined Greek side Volos FC on a permanent transfer from the Colorado Rapids, the Western Conference club announced Tuesday. The 30-year-old joined the Rapids prior to the 2019 league season and since has totaled eight goals and nine assists in 84 appearances with the club.

“Nico is someone who has meant a lot to us since he joined the club in 2018,” Colorado executive vice-president and general manager Pádraig Smith said in a statement. “He was a key part of the team’s transformation over the past few years, both on and off the pitch, as he brought a contagious, uplifting attitude and impeccable work ethic to our locker room.”

A product of Uruguayan club Penarol’s youth system, Mezquida totaled three appearances for the senior team. Mezquida joined the Vancouver Whitecaps in 2014 and went on to score 13 goals and add seven assists in 122 appearances with the Canadian club.

The Rapids sits in 10th place in the West.