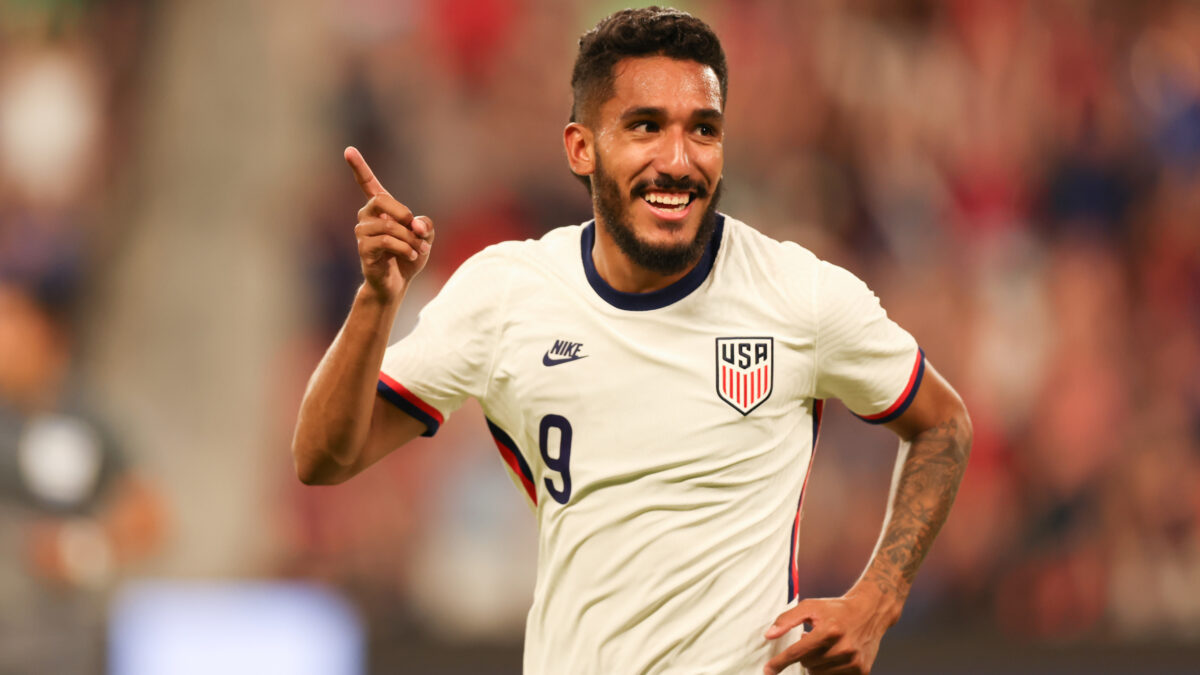 The U.S. men’s national team turned in a thoroughly professional 90 minutes in Austin, Texas, securing a win to begin Nations League play. The USMNT triumphed 5-0 over Grenada with standout performances from several players who are well in the mix for World Cup roster spots.

Leading the way was Jesus Ferreira, who solidified his hold on the team’s starting striker spot with a four-goal performance to earn SBI USMNT Man of the Match honors.

The 21-year-old FC Dallas forward opened scoring late in the first half by dribbling into some space and firing into the bottom left corner. He completed the hat trick in the 56th minute with a beautiful strike to finish off a corner-kick feed from Kellyn Acosta. Brenden Aaronson assisted yet another Ferreira goal in the 56th minute.

Ferreira combined well with his club teammate, Paul Arriola. Arriola assisted Ferreira’s goal in the 54th minute with a perfectly weighted ball ahead of a Grenada defender, which Ferreira ran onto to score. Ferreira made his 12th USMNT appearance in this game and has now raised his scoring tally to seven goals.

It has been a big year for Ferreira, who assumed the starting forward role at FC Dallas to start 2022 after the departure of Ricardo Pepi. Ferreira has nine goals and four assists for FC Dallas, which is excelling in the Western Conference.

Ferreira wasn’t the only USMNT player to impress on Friday. Luca de la Torre earned Honorable Mention for Man of the Match for his excellent display in midfield, as did Paul Arriola, who finished with a goal and assist.

What did you think of Ferreira’s performance? Who among the rest of the USMNT impressed you the most on Friday?