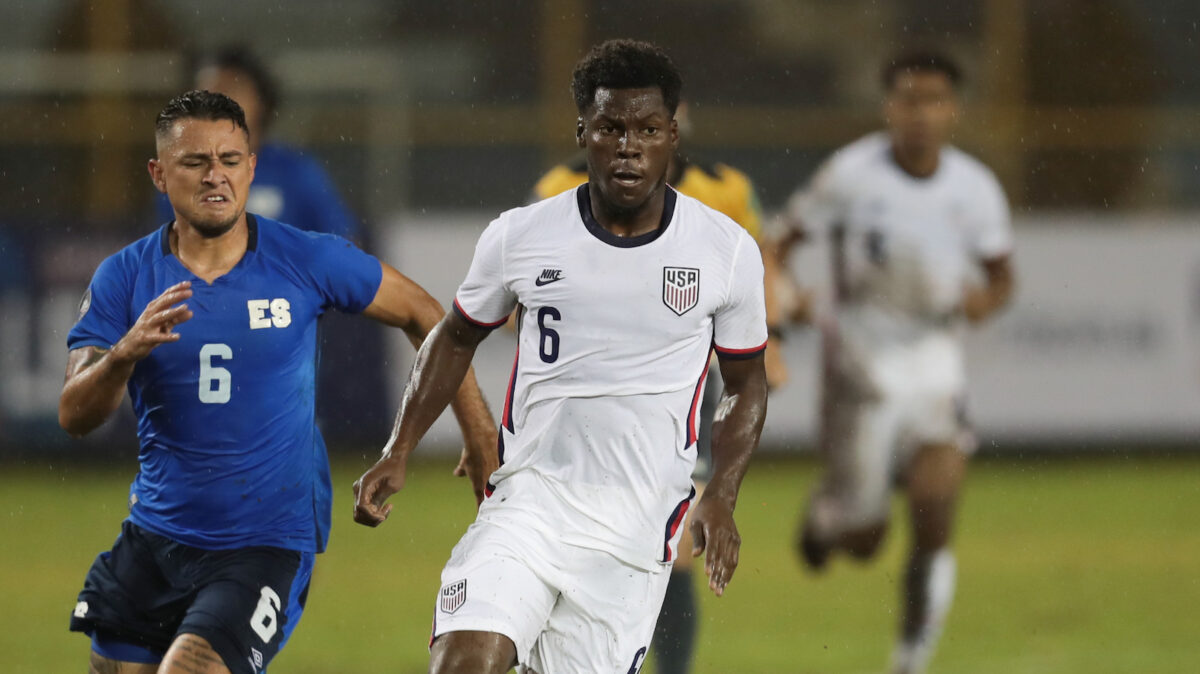 The sloppy field conditions at the rain-soaked Estadio Cuscatlan made for a messy 90 minutes of soccer for both the U.S. men’s national team and El Salvador, but one player who didn’t have any trouble shining in those ugly conditions was Yunus Musah.

The Valencia midfielder was an absolute force in midfield and imposed his will on Tuesday’s Concacaf Nations League match in San Salvador, particularly after the USMNT fell behind following a shock opening goal from the home team. Musah’s dangerous runs through midfield, and a quartet of shots he took that forced a trio of good saves, earned him SBI USMNT Man of the Match honors.

Musah took off on a breakaway supported by Jesus Ferreira in the 80th minute. Ferreira played a pass forward into Musah’s path, prompting El Salvador’s Ronald Rodriguez to drag him down as Musah beared down in front of the 18-yard box. Rodriguez was sent off after preventing an obvious goal scoring opportunity.

One of the USMNT’s best scoring opportunities came thanks to Musah in the 59th minute. His close-range shot was saved by El Salvador goalkeeper Mario Gonzalez.

Musah continues to show his importance to coach Gregg Berhalter’s midfield plans, making up the first-choice trio of Musah, Weston McKennie and Tyler Adams. Musah earned his 18th cap for the USMNT with this start.

The Valencia midfielder wrapped up a season in which he was out of favor at times under manager Jose Bordalas. Musah still made 29 league appearances, with many of them coming off the bench, and logged 1,322 minutes. Musah will have another challenge in the Valencia team next season, with new manager Gennaro Gattuso officially named to the position one week ago.

What did you think of Musah’s performance? Who else impressed you on the night?