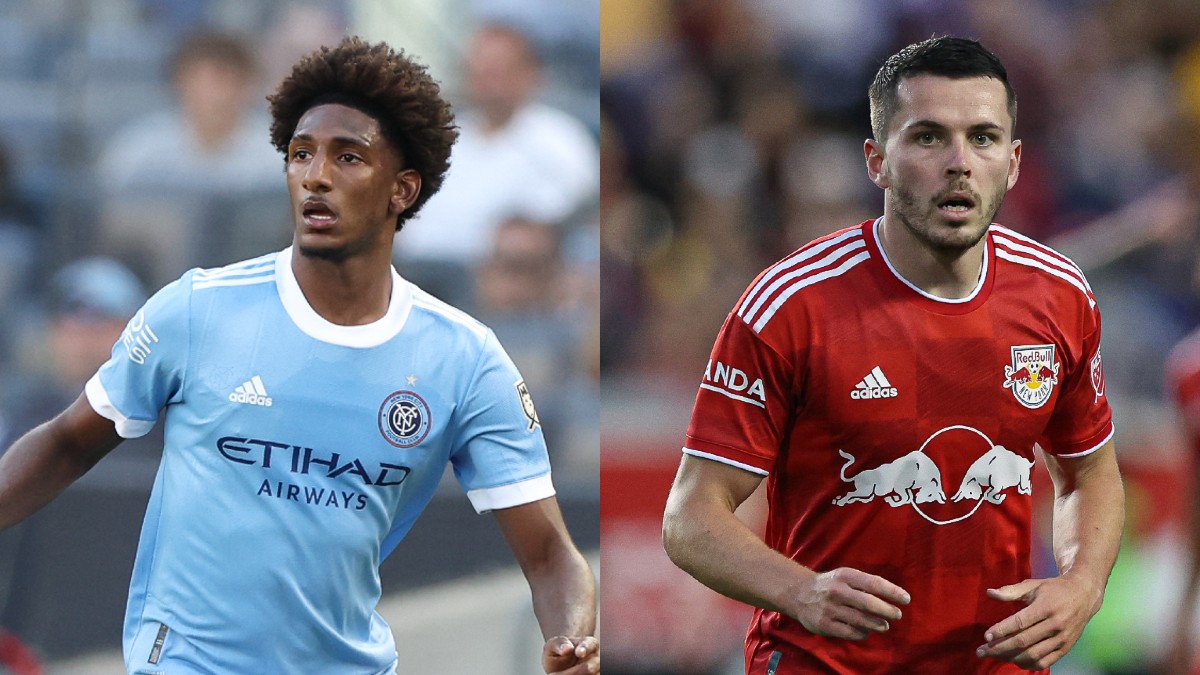 The 2022 U.S. Open Cup quarterfinals kicks off this week with two non-MLS teams vying to make history in progressing to the semifinal. Union Omaha and Sacramento Republic look to continue incredible Cup runs by eliminating MLS opposition in the process.

On the other hand, six MLS teams are raring to compete for a continental competition spot. The Hudson River Derby between the New York Red Bulls and New York City FC takes center stage in this round, with both clubs performing exceptionally well in league play.

On the West Coast, the Los Angeles Galaxy look to keep their run moving forward, with Sacramento Republic standing in their way. The Galaxy earned a statement win over LAFC in the previous round and now will prepare for everything their USL opponents will throw at them.

Union Omaha is the only USL League One team to make it this far in the competition, and it has nothing to lose against Sporting KC. Sporting KC are coming off an impressive away win over Nashville SC in MLS play last weekend.

Here is a look ahead to the midweek U.S. Open Cup quarterfinal matches.

Javier “Chicharito” Hernandez broke his scoring drought in the Round of 16 win over LAFC, and this quarterfinal matchup will be another chance for him to rise to the occasion. The Galaxy’s MLS form has remained steady, but a 1-1 draw against the Timbers last weekend was a missed opportunity in a highly-contested Western Conference.

Sacramento Republic are aiming to continue taking down MLS teams, having defeated the San Jose Earthquakes handily in the previous round. The club’s back line is solid, having given up only 11 goals in USL Championship play this season. A pair of Irishmen in Lee Desmond and Dan Casey, plus 26-year-old American Conor Donovan anchor a five-man back line.

Both the Red Bulls and NYCFC are hitting some of the best form in MLS at the moment, with NYCFC on a 12-game unbeaten streak in all competitions and the Red Bulls losing only twice in their last 12 games.

NYCFC has received scoring from a few players, such as Heber, Talles Magno and Alexander Callens. Star player Valentin “Taty” Castellanos has gone three games without scoring and could use this big occasion to return to form.

Union Omaha is the true Cinderella story of the 2022 U.S. Open Cup campaign. As the only team from USL League One to make the quarterfinals, Union Omaha have nothing to lose in a trip to Kansas City.

Joe Brito was Union Omaha’s hero in the previous round, scoring in the 51st minute to help Omaha come from behind over Minnesota United on the road. Union Omaha stayed resolute, fending off 16 shots to preserve the win.

Sporting KC has struggled in MLS play, but enters this match coming off an outstanding 2-1 win over Nashville SC to break a 25-game home winning streak for Nashville. The return of centerback Nicolas Isimat-Mirin appears to be a major development. Sporting KC coach Peter Vermes will surely rotate his squad a little bit, but given Sporting KC’s MLS standing, this match should be very hotly contested.

The fourth semifinalist for this year’s competition will be decided next week. Orlando City progressed to the quarterfinal with an extra-time win over Inter Miami in the Round of 16, while Nashville SC got the best of Lousiville City.

Orlando has not defeated Nashville since 2020. This Open Cup quarterfinal matchup pits Orlando’s strong midfield led by Facundo Torres as its playmaker, and Nashville’s outstanding backline, led by Walker Zimmerman. Nashville SC saw a scoring surge intermittently at the end of May, but the club has struggled lately, without a win in its last two matches.