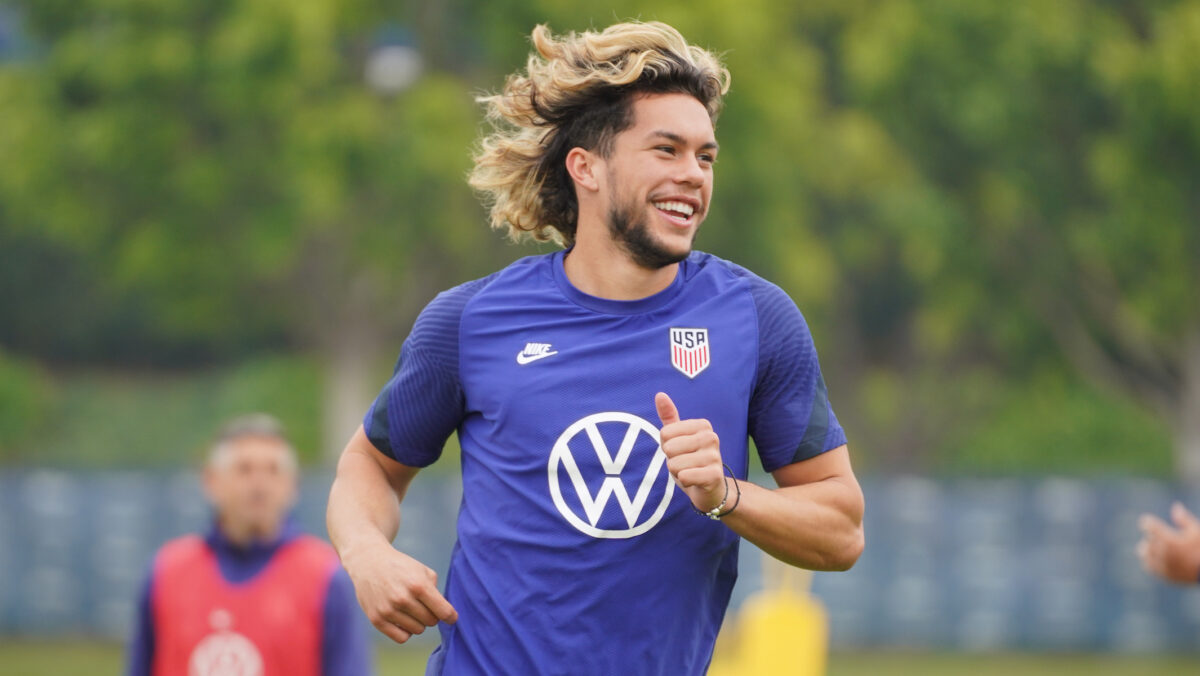 The U.S. Under-20 men’s national team is set to take part in the most important Concacaf youth tournament ever staged, and the quest to add a third straight regional title kicks off on Saturday in Honduras.

The Concacaf Under-20 Championship is carrying more significance than normal in 2022, with the tournament also serving as the region’s Olympic qualifying competition. That will put additional pressure on the Americans to deliver in a tournament they have won the past two editions of.

Saturday’s opening match against Saint Kitts and Nevis is the first of three group-stage matches for the USMNT U-20’s since Mikey Varas appointment as Tab Ramos’ replacement last November, providing the head coach with a first-hand glimpse of watching his players in a competitive atmosphere. The Americans have featured in friendly matches over the past few months, but for many players, this will be their first taste of Concacaf action together.

“The important thing is that we focus on what we can control,” Varas said in a conference call with reporters. “We have a process to overcome any challenges that get in our way, but we know challenges will occur. The strengths of our team are clear, the culture is incredible, there is an amazing feeling amongst the boys in terms of finding the right balance of good people who want to fight for each other and this country.

“We have a lot of players here that embrace competition, they don’t shriek at a challenge,” Varas added. “Everybody will be nervous in a big game, that’s normal, but we have players that smile in that moment. We’re a really strong pressing team and I think that is one of our strengths and our transition from defense to offense is getting better every single day. Our build-up play is something that takes time, but we’ve made great strides as a team.”

Varas’ squad has a lot of familiarity with one another with many of the current players featuring in every window to date since the head coach’s hiring. Cade Cowell headlines the attacking options and brings the most experience to the table, after registering 65 MLS appearances since debuting in 2020.

Seattle Sounders midfielder Obed Vargas has also impressed in MLS this season, but will not join up with the USMNT U-20’s until the knockout stage. Caden Clark, Paxten Aaronson, and Tyler Wolff have also featured throughout league play, giving Varas a number of creative attacking pieces to work into his lineups.

“We had players who had opportunities with their clubs, so what we did look at when making decisions was bringing in versatile players,” Varas said. “We wanted players that could play in the front line, but also play in the midfield too if needed. Although it looks like we have three forwards on the roster, we really have three versatile pieces. Paxten [Aaronson] can play as a forward, but can also play as a No. 10, and has been practicing as a false No. 9, so those types of things really became an important factor for us.”

Several MLS NEXT Pro and Academy players will also be relied on for the USMNT U-20’s, especially after earning minutes in different levels at club level. Brandan Craig, Chris Brady, Antonio Carrera, and Noah Allen are just four of several players to feature during the inaugural MLS NEXT Pro campaign while Diego Luna just recently made his debut with Real Monarchs after joining from USL side El Paso Locomotive.

The U.S. U-20s will have a busy week ahead, starting with group stage matches against Saint Kitts and Nevis, Canada, and Cuba over the next six days. The good news for Varas is his players have been garnering regular minutes and capitalizing on the increased number of playing opportunities for young Americans.

“I think the direction that our country is going and the terms of the competition platform that allows for the development of top talent is continuing to improve year in and year out, whether it’s USL Championship, USL League One, MLS, or MLS NEXT Pro,” Varas said. “It’s helping tremendously because it’s not easy to break into a first team at the age that a lot of these guys are. Having a lot of these platforms for these players to play regularly is massive. I hope we can continue to invest in these infrastructures that will help our talent develop.”

The remaining 15 national teams will be aiming to knock the USMNT U-20’s off of its perch as two-time defending champions, especially rivals Mexico and Canada. Canada will face off with the USMNT U-20’s on Monday while Mexico will have to wait until at least the knockout stage to square off with its major rivals.

Expectations will be high for Varas and the USMNT U-20’s, especially with several promising talents in the squad. However, no opponent can be overlooked, starting with Saint Kitts and Nevis at Estadio Nacional on Saturday night.

Here is the full schedule for the USMNT U-20’s at the Concacaf Championship: