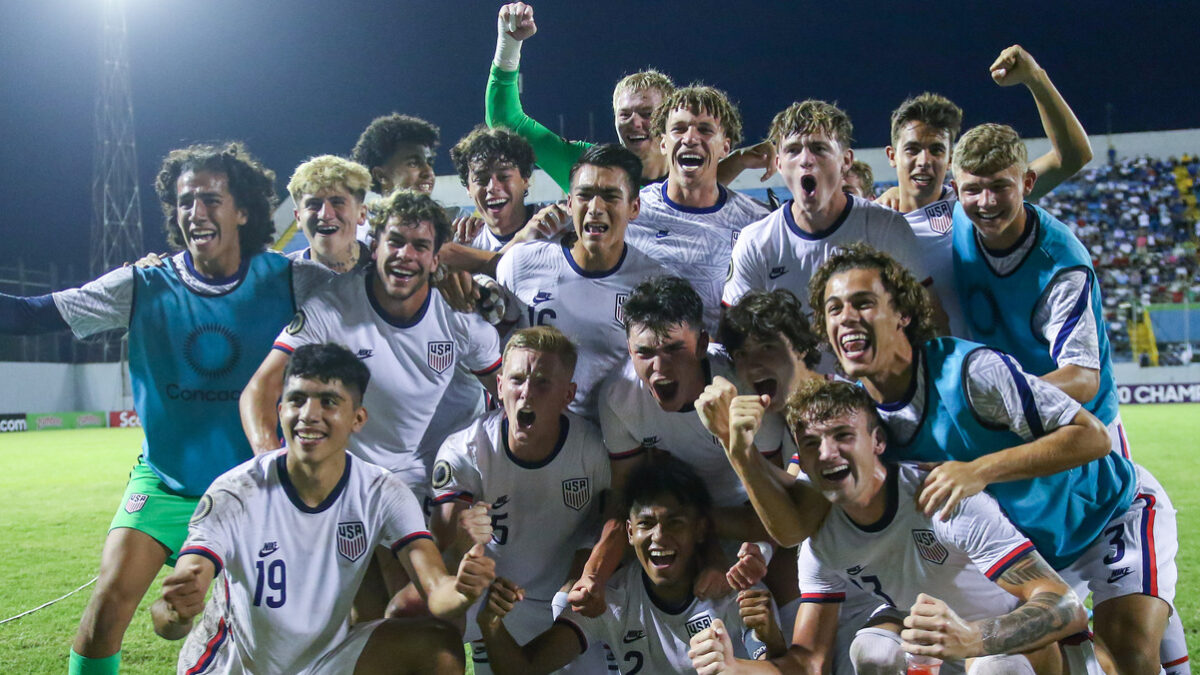 For the fifth time in a row, the U.S. Under-20 men’s national team will be at the FIFA Under-20 World Cup, but with a win over Honduras on Friday, the USMNT U-20’s can do something that it has not done in 12 years — qualify for the Olympics.

It is a weird dichotomy for Mikey Varas and his players who are all gunning for roster spots for the aforementioned U-20 World Cup in 2023 but are long shots for a 2024 Olympic roster that sets the age cut-off at 23 years old.

“We were laser-focused on the first step which is World Cup qualification,” said head coach Mikey Varas. “The boys are going to enjoy winning and the step that they made tonight but we’re very cognizant that we’re not going to get too high because we have the potential to help the country in an even bigger way on Friday.”

At a time when the U.S. Men’s national team is headed to Qatar for the World Cup in November after failing to qualify in 2018, making it back to the Olympics is an important barometer for U.S. Soccer to show they have moved past the notion of a “lost generation”.

“The Olympics are such a big deal,” said Paxten Aaronson postgame. “We haven’t qualified for the last three Olympics so the team knows how important it is and I know the boys will be up for it.”

In March 2021, the U.S. Under-23 men’s national team endured a heartbreaking loss to Honduras in regional qualifiers that ended its hopes of returning to the Olympics and as luck has it, the Americans face Honduras in San Pedro Sula with an Olympic berth on the line at a different level.

The Hondurans defeated Panama 2-1, securing their spot in the semifinals behind a brace from Marco Aceituno, but there is confidence from the USMNT U-20 squad that they are ready for whatever Honduras throws at them.

“As a group, we have fire in us and we don’t back down from anybody,” said Varas. “We’ve been one of the teams that have given the opponents backline the least amount of time to be on the ball and make decisions and I’m very proud of that,” said Varas.

Tired legs may also be a concern for a Americans that are playing their sixth match in 13 days, but Honduras is also facing the same challenges, though Hondurans have the benefit of being in front of their home fans.

“The rotation has been key,” said Aaronson. “At the end of the day, when fans are in the stadium, I think the adrenaline helps a lot, but you’re always up for these kinds of games.”