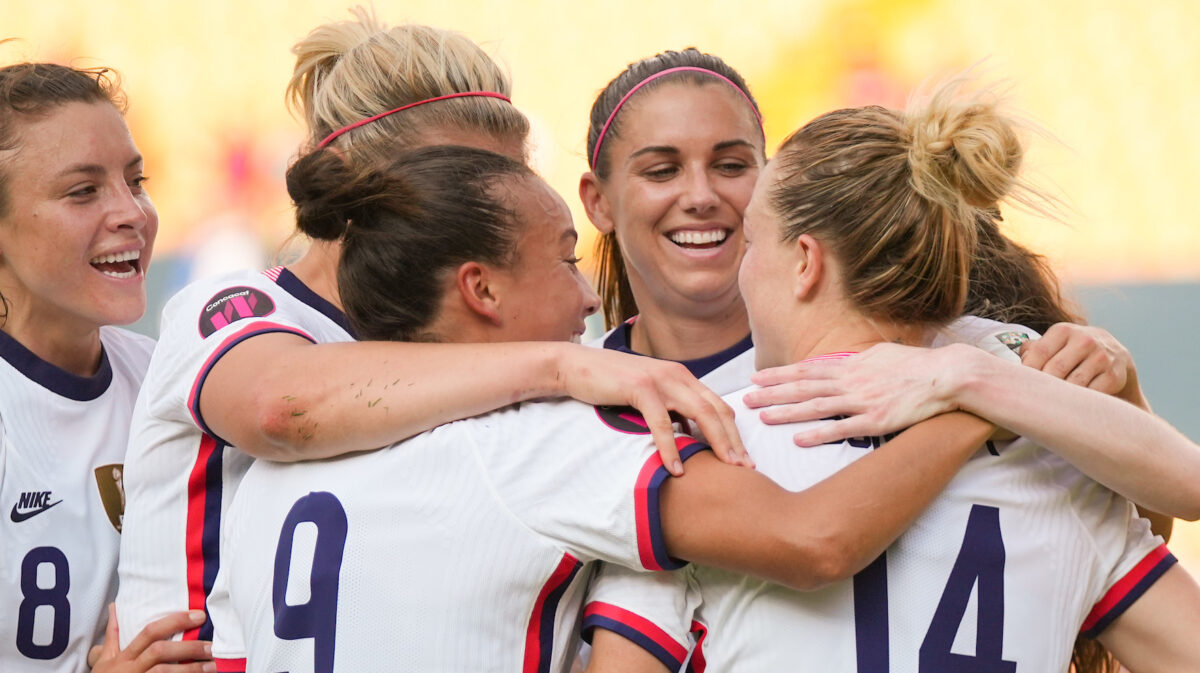 The most likely outcome has unfolded in the 2022 Concacaf W Championship, and Monday’s mega final presents the stiffest test the U.S. women’s national team has seen since crashing out of the Olympics last summer.

Canada emerged as the queens of Concacaf in the Olympics, which played a big part in USWNT head coach Vlatko Andonovski shuffling the deck with some of his veteran players, and the motivation to grab some revenge will also be rewarded with an automatic Olympic bid (though both sides will ultimately make it).

So far in the tournament, the Canadians have matched the Americans stride for stride, both going perfect in their respective four games. Both have scored 12 and conceded zero.

Women’s soccer also takes center stage in Europe this week. The Women’s EURO 2022 hits the quarterfinal stage, and Wednesday’s England – Spain contest is one worthy of a final.

On the men’s side, it is still friendly season for European sides tuning up for their respective campaigns, and some fun and rare matchups like Club América – Manchester City, as well as a handful of MLS sides taking part in the action, headlined by Inter Miami hosting Barcelona on Tuesday in a game Phil Neville described as the “biggest game in (Miami’s) history” on Tuesday.