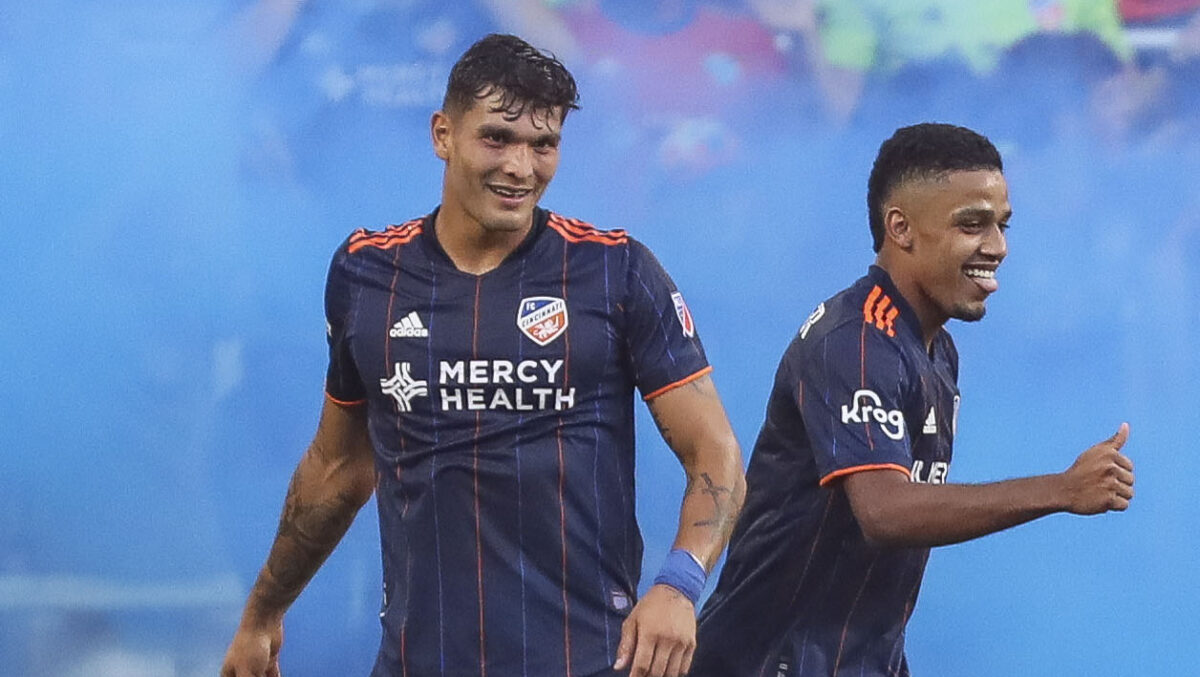 Three additional MLS clubs have been included in the 2022 Leagues Cup schedule with opportunities to face off against Mexican opposition.

FC Cincinnati, Nashville SC, and Real Salt Lake will join LAFC and the L.A. Galaxy in this year’s schedule, welcoming Liga MX clubs to their respective stadiums. TQL Stadium, Geodis Park, and Rio Tinto Stadium will all play host this September, one month after both LAFC and the Galaxy take part in their scheduled matches.

“We are thrilled to host Chivas of Guadalajara at TQL Stadium,” FC Cincinnati co-CEO Jeff Berding said in a release. “Cincinnati has hosted a number of incredible international soccer events, including FC Cincinnati’s match against Crystal Palace, which at the time was the largest soccer crowd in Ohio history, a US national team World Cup qualifier versus Mexico, and other US Men’s and Women’s friendlies. It’s an honor to continue that history with an exciting Leagues Cup Showcase match for our fans this September.”

“We could not be more excited about hosting our first international match at GEODIS Park,” Nashville SC CEO Ian Ayre said in a release. “Nashville has been buzzing with excitement for soccer since we started in MLS in 2020 and even more so since we opened the doors to our new home. Facing off here against Mexico’s most decorated club side is an awesome next step on our soccer journey.”

Real Salt Lake will welcome Atlas to Rio Tinto Stadium on Sept. 22. Both Chivas and Club America will be in action against LAFC and the Galaxy respectively on August 3 in the first matchups of this annual showcase.

“Real Salt Lake is proud of our vast history of competing against international opponents, whether that be in Concacaf Champions League, international friendlies or the 2019 Leagues Cup,” RSL president John Kimball said in a release. “Welcoming Atlas FC in September to Utah for the 42nd RSL game against 30 different international opponents from 16 various countries will no doubt serve as a fantastic reward for our incredible supporters, who have long proven to value international pathways to prestigious regional hardware. We cannot wait to host this year’s Leagues Cup Showcase, and look forward to providing Atlas a sense of the best Utah has to offer.”

Club Leon defeated the Seattle Sounders in the 2021 edition of the Leagues Cup before the original format of the tournament schedule was postponed in 2022 due to the congested schedule ahead of the FIFA World Cup.