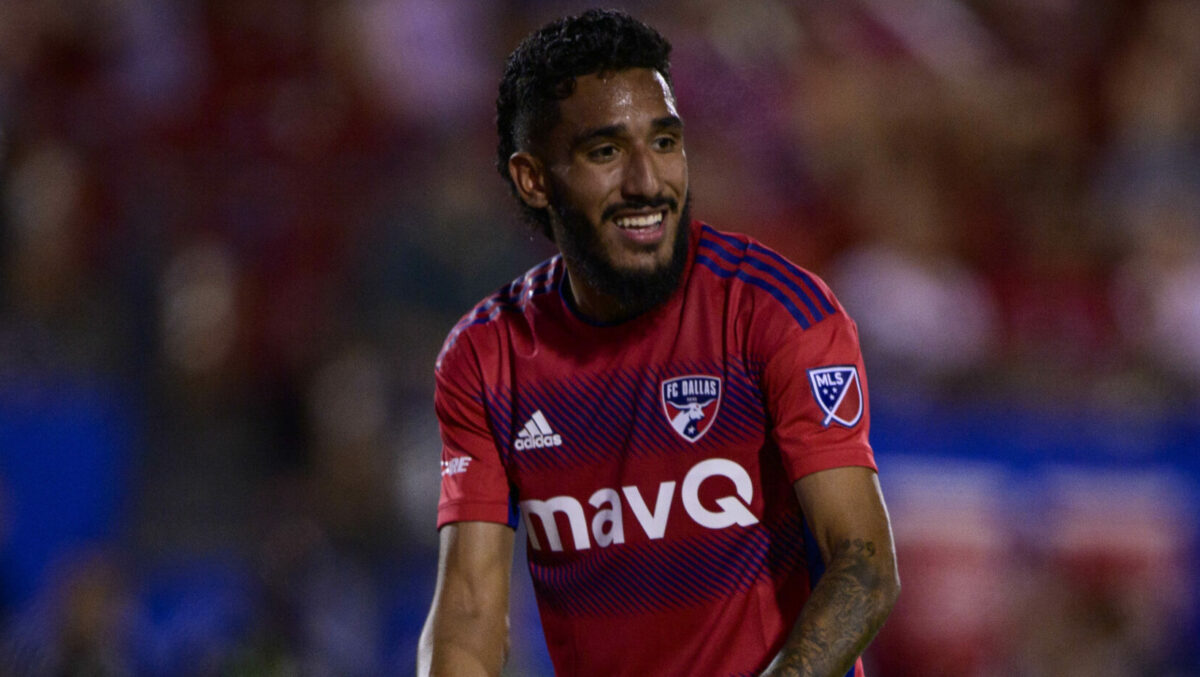 FC Dallas had gone close to two months without a victory after a strong start to the 2022 MLS season, but Saturday’s 1-0 road win over Real Salt Lake was another moment for All-Star forward Jesus Ferreira to carry his team to three points.

Ferreira played the hero by scoring his 12th league goal of the season, helping Nico Estevez’s side snap a seven-match winless run which dated back to May 28. The 21-year-old striker has remained the main man in Estevez’s squad, showing once again he can deliver big-time moments whether at home or on the road.

“He’s a clinical man, he’s very clinical,” said Paxton Pomykal, who assisted on Ferreira’s goal, of the talented forward. “He’s such a selfless worker and besides his technique, his quality finishing ability and all the technicals he has on the ball, he really does a lot for the team off the ball and works hard and really does the dirty work.

“I mean, that’s like four straight 90’s [minutes] for him and we’ve played midweek, weekend, midweek again. Like it’s just incredible, kudos to him,” Pomykal added.

Although it was Ferreira’s only shot on goal in the match, it was a memorable one for the U.S. men’s national team forward, as he reached two individual milestones and helped FC Dallas snap RSL’s 10-match home unbeaten run. Ferreira became the second player in MLS history to reach 30 career goals and 20 career assists at the age of 21 or younger, and the fourth player in FC Dallas history with 30-plus goals and 20-plus assists for the club.

Its just the latest achievements for Ferreira this season, continuing what could end up being a career-year for him for club and country. Now the focus for Ferreira remains on improving at his craft and also helping FC Dallas move its way up the Western Conference standings.

“I’m excited that I can help the team in any way that I can, and this year is scoring goals,” said Ferreira. “I’m happy that my team puts me in that position to be able to finish, and I’m just excited that they trusted me. The trust that the team puts me, you know, it just feels good to be up there.

“We know that in the past few games we’ve deserved to win,” he added. “We played good games, but, you know, our last 10 minutes or last 15 minutes have been poor. We need to work on it. And we know that this game was an important game, we had a goal in mind that it was to beat this team. They haven’t lost in 10 games at home. We wanted to be the first team to beat them. And so the whole team was focused, the whole team had that in their minds. And we know that it wasn’t pretty, and we had to suffer, but the job got done.”

FC Dallas moved up to fifth place in the West following Saturday’s victory, keeping the Texas-based club three points clear of the Seattle Sounders for the final playoff spot. Ferreira has now accounted of 38% (12/32) of FC Dallas’ goals this season and still has 12 more opportunities in league play to add to his individual tally this season.

“I think he is doing a good job, but I expect more from him,” Estevez said. “I think he can give even more. His ceiling is very high and we are here to push him to the highest level. What he is doing is something that I already expected. It is nothing that surprises me and I want him to surprise me more. I have a lot of confidence in him.”