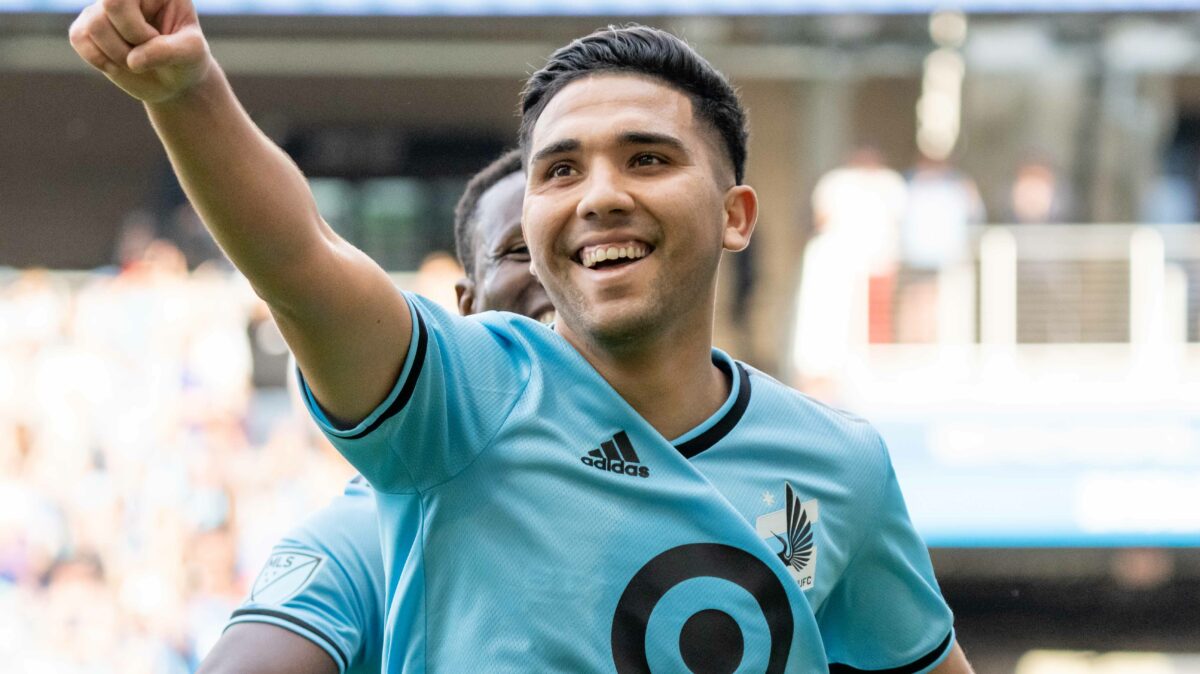 The busiest week in MLS play yet in 2022 shifted the conversation around which teams are poised to contend for playoff spots. The New York Red Bulls, Austin FC and Minnesota United were among the best performers, picking up two wins over the holiday weekend.

Brenner surprised many with his heroics, seizing two results for FC Cincinnati. The 22-year-old Brazilian scored four total goals, including equalizers against NYCFC and the New England Revolution. Emanuel “Bebelo” Reynoso scored four goals and added one assist across two wins for the Loons.

Here are the highlights of a packed Week 18 in MLS.

FC Cincinnati needed big performances from its top players in two difficult matchups this week, and Brenner continued to provide just that as Cincy earned a point in each game against New York City FC and the New England Revolution.

Brenner scored a hat trick, including the tying goal in the 70th minute, in a wild 4-4 draw against New York City FC at TQL Stadium. His second goal of the game was a short-range overhead kick, and his third goal came from the top of the box in the 70th minute. Brenner thought he had scored the winning goal in the 89th minute, but it was ruled offside after VAR review.

The 22-year-old Brazilian is starting to find his stride with FC Cincinnati. He’s scored five goals in 2022, and appears to be improving after scoring eight goals in 2021.

Honorable mention for Player of the Week goes to Emanuel Reynoso, who scored four goals and added two assists in two pivotal wins for Minnesota United. Josef Martinez is another candidate, with a two goals and one assist in a loss to the Red Bulls and a draw against NYCFC.

Minnesota United rode a three-match losing streak into a pivotal week near the midway point of the season. Adrian Heath’s side comes storming out of the Fourth of July week with renewed confidence in a playoff run.

First, the Loons took to the road and beat the Galaxy with two goals from Reynoso in a game in which the Loons played most of the match a man up thanks to a red card to Kevin Cabral in the 24th minute.

Then, the Loons returned home for a masterclass by Reynoso in a 3-2 win over Real Salt Lake. Reynoso scored in the ninth minute, dribbling past two defenders to finish from the middle of the 18-yard box. He scored another goal by punching in the rebound of a saved penalty kick, and saved the best for last with an incredible assist on Luis Amarilla’s chipped goal.

The surge in form has the Loons just under the playoff line, two points away from the Sounders. Heath’s team has struggled for consistency all of 2022. Strong showings from Reynoso seem to be the key for the Loons to take three points.

Honorable mention for Team of the Week goes to the New York Red Bulls, who picked up two wins over Atlanta United and Sporting Kansas City. Aaron Long scored the game’s only goal against Sporting KC, then led an impressive defensive effort while down a man to preserve the win. Another honorable mention goes to Atlanta United, which earned a point in a difficult match against NYCFC on Sunday.

The top goal of Week 18 was extremely difficult to pick, with so many matches and plenty of outstanding goals.

Ultimately, the Goal of the Week goes to Sean Davis, who scored a scorcher early in Nashville SC’s 2-2 draw against the Portland Timbers. The Timbers stormed back to claim a point after falling down 2-0, but not before Davis scored with this powerful shot.

Honorable mention for Goal of the Week goes to Alan Velasco, whose free kick opened scoring for FC Dallas in a draw against Inter Miami. Young winger Dylan Borrero scored an outstanding goal in a 2-2 draw for the Revolution against FC Cincinnati, and Jonathan Lewis chipped Austin FC goalkeeper Brad Stuver to claim a 2-0 lead.