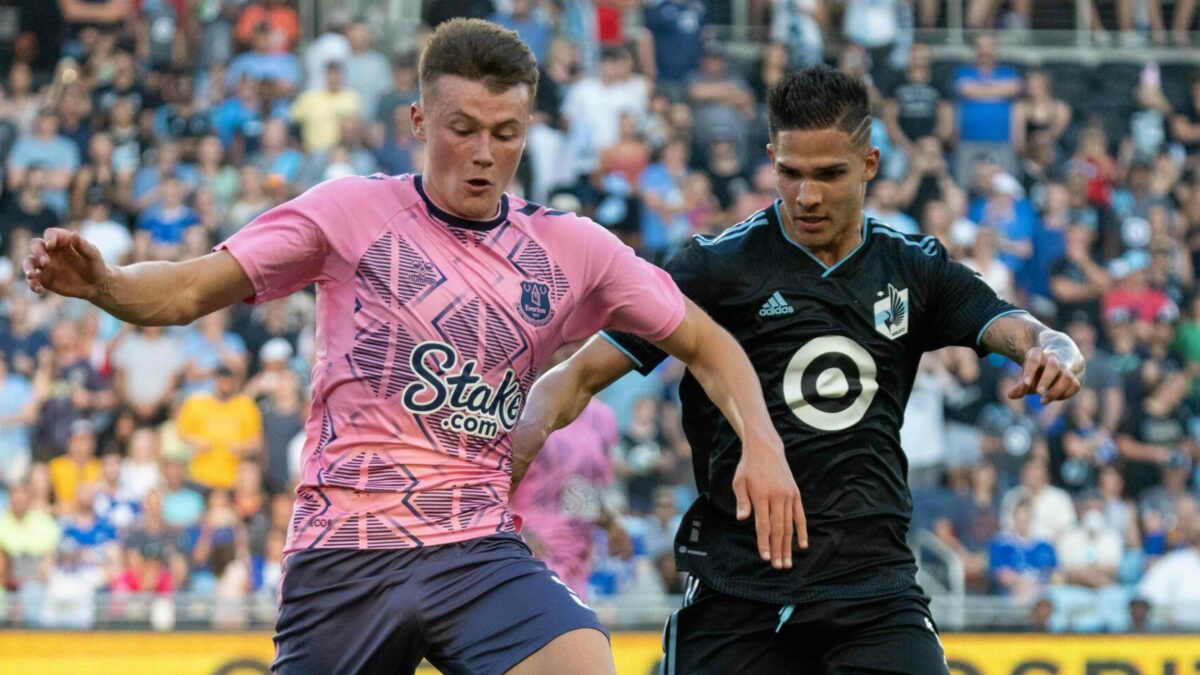 The preseason for European teams is coming to a close and several clubs took trips to the United States to conclude their preparation for the season, playing in packed stadiums against MLS opposition.

Wednesday’s matches brought a few surprises, with Charlotte FC winning after a penalty shootout and Minnesota United grabbing some headlines with a surprising 4-0 friendly win over Everton. The Toffees entered Allianz Field to face former Everton great Adrian Heath, who now serves as the Loons’ coach.

Here are the results this week from international friendlies against MLS teams.

U.S. men’s national team star Christian Pulisic played 45 minutes and scored on American soil to highlight the first half of this friendly.

The highlight of the night for Charlotte FC — well, besides facing Chelsea in the team’s first-ever friendly against a Premier League team, of course — came late in the match with the debut of 16-year-old Brian Romero, who comes from Charlotte FC’s newly created academy.

Romero dribbled into the box and drew a handball from a Chelsea defender, leading Daniel Rios to convert a penalty kick in the final minute of the game. In the shootout, Chelsea’s Conor Gallagher directed a weak effort straight into the hands of Charlotte goalkeeper George Marks.

On a special occasion for Loons coach Adrian Heath, the former Everton forward led his current team Minnesota United, against the club with which he made 226 Premier League appearances.

The Loons jumped ahead early with a penalty kick goal from Emanuel Reynoso, who is lighting things up lately in MLS play. Luis Amarilla added another one in the 36th minute, on the heels of a 32nd-minute own goal by Everton’s Michael Keane. Abu Danladi finished things off in the 77th minute with a strike from a tight angle.

While the scoreline in this match seems a bit inexplicable, it’s always going to be difficult for teams just finding their footing to compete with another professional side that is right in the thick of its season. Minnesota United showed its fitness and chemistry, and capitalized early with a lineup that featured quite a few first-time players.

USMNT goalkeeper and new Arsenal man Matt Turner entered this match in the second half, overseeing two goals from Arsenal to break a first-half deadlock.

Arsenal’s young standouts showed out in this win, with 21-year-old Gabriel Martinelli scoring early and 23-year-old Eddie Nketiah scoring in the 66th minute.

Orlando City didn’t get to join Charlotte FC and Minnesota United on the fun of beating a Premier League squad, but Lions playmaker Facundo Torres did produce a beauty of a goal in the 29th minute.

Bayern Munich’s trip to the U.S. capital was an opportunity to see Sadio Mane for the first time with his new club after transferring from Liverpool. Mane converted a penalty kick in the fifth minute, while Marcel Sabitzer and Serge Gnabry put Bayern up 3-0 by halftime.

Bayern substituted all 11 players for the second half, but it was more of the same, with another new signing in Mathijs de Ligt scoring in the 47th minute. Joshua Zirkzee, a 21-year-old forward, made it 5-0 in the 51st minute. Thomas Muller scored the final goal in the third minute of second-half stoppage time.

Homegrown midfielder Ted Ku-DiPietro, who has four MLS appearances this season, had the opportunity to show his skill as he dribbled into the box and rolled a shot past Sven Ulreich.