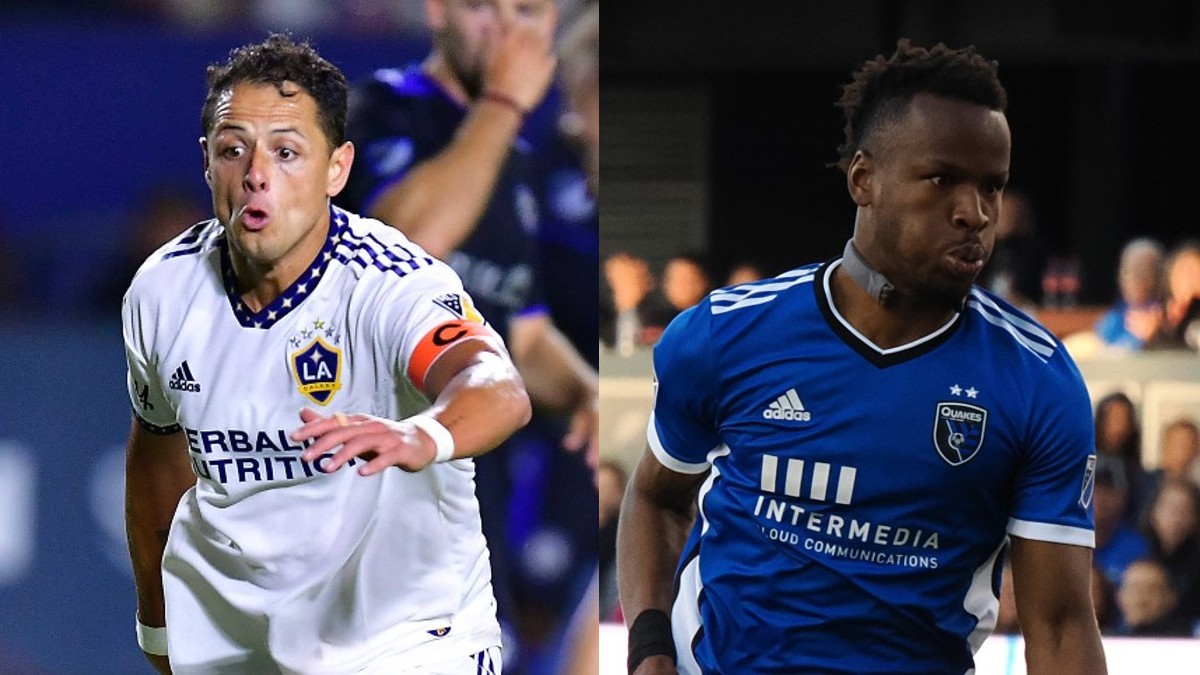 Rivalries continue with a large midweek slate of games as the busy MLS regular season schedule continues on Tuesday. Among them, the San Jose Earthquakes renew one of the league’s longest-standing rivalries against the Los Angeles Galaxy. Another Texas rivalry is in store with Austin FC hosting the Houston Dynamo, and the Seattle Sounders have another difficult test against a strong defensive side in Nashville SC.

D.C. United will receive a boost from the news that Wayne Rooney is reportedly set to be its new coach, but Rooney will most likely not be on the sideline this early. The Columbus Crew provide a difficult test, with new signing Cucho Hernandez appearing to give them a boost.

Here are the top midweek matches this week in MLS.

The Cali Classico is one of the most storied rivalries in MLS, with players like Landon Donovan, Alan Gordon, Chris Wondolowski, Robbie Keane and David Beckham providing this series with several memorable moments.

The Galaxy fought hard last time out in an away loss to Los Angeles FC, with Rayan Raveloson pulling a goal back late as the Galaxy attempted a comeback but fell 3-2. The Galaxy will look to gain control of the match through its attack, because while the Quakes struggle defensively, they have little issue scoring in 2022, with 37 goals registered as a team.

The Quakes are struggling this season, but the recent series between these teams has been fairly even. The Quakes posted a 1-2-0 record against the Galaxy in 2021 and will be motivated to start a winning run at the expense of their biggest rivals.

Another Texas rivalry match takes center stage on Tuesday, with both teams on a short turnaround from exciting weekend results. The Dynamo earned one point against FC Dallas with the latest non-penalty goal in MLS, while Austin FC shook Atlanta United at Mercedes-Benz Stadium with a 3-0 win.

Hector Herrera debuted last time out for the Dynamo, and may be in the starting lineup this time. He’ll do battle with in-form midfielders Sebastian Driussi and Felipe Martins. Austin FC is chasing LAFC for the lead in the Western Conference, and could catch the leaders with three points Tuesday.

Both sides are exceptionally strong on the wings, with Darwin Quintero providing service on the right side for the Dynamo. Ethan Finlay enters this game having notched a goal and an assist in each of his last two matches, and Diego Fagundez having an excellent season with eight assists.

It’s past time for the Sounders to start showing the ability that led to them winning continental trophy. A 3-0 home loss to the Portland Timbers last weekend exposed the Sounders’ inconsistency and showed that the veteran team must meaningfully turn around its form to contend in the Western Conference.

The Sounders’ attack will have another tough test against Nashville SC, which has only one home loss in 2022. Walker Zimmerman and Dave Romney head up a back line that has given up 25 goals this season, while the Sounders have to deal with yet another absence for Raul Ruidiaz, who continues to deal with an injury.

Two of the top strikers in the league face off in this cross-conference matchup, with Valentin Castellanos of NYCFC and Jesus Ferreira of FC Dallas facing off. Castellanos, with 12 goals, is one ahead of Ferreira for the lead in the Golden Boot race, and you can expect both players to fight for that title as the season progresses.

NYCFC earned a convincing win over the New England Revolution last weekend to erase some doubts over the team’s standing following Ronny Deila’s departure for Europe. NYCFC has only two away wins in 2022, so this match is another opportunity for the team to show its progress since Deila’s departure.

FC Dallas’ early-season form has waned, and Nico Estevez’ team has gone almost two months without a win. Dallas is strong at home, with a 5-2-2 record, and a result in this match can help it get back into the mix in the Western Conference after a few weeks of dropped points.

Wayne Rooney is reportedly set to return to D.C. United as its new head coach, but his first game as coach may actually be a week or two away. Regardless, D.C. United will be motivated to wash away the sour taste of a 7-0 loss in Philadelphia to the Union last Friday.

The Crew bring plenty of confidence into this game, with new signing Cucho Hernandez making a strong debut with a winning goal in a 3-2 comeback win over the Fire. Crew coach Caleb Porter switched his formation to a 4-2-3-1 from a 3-5-2 in that match, so it will be interesting to see how Porter sets up in this match, given that Hernandez brings a new dynamic to the team and could be ready to start.

D.C. United’s potential to score in bunches is still there. It’s only been one week since D.C. United scored five goals in win over Orlando City.