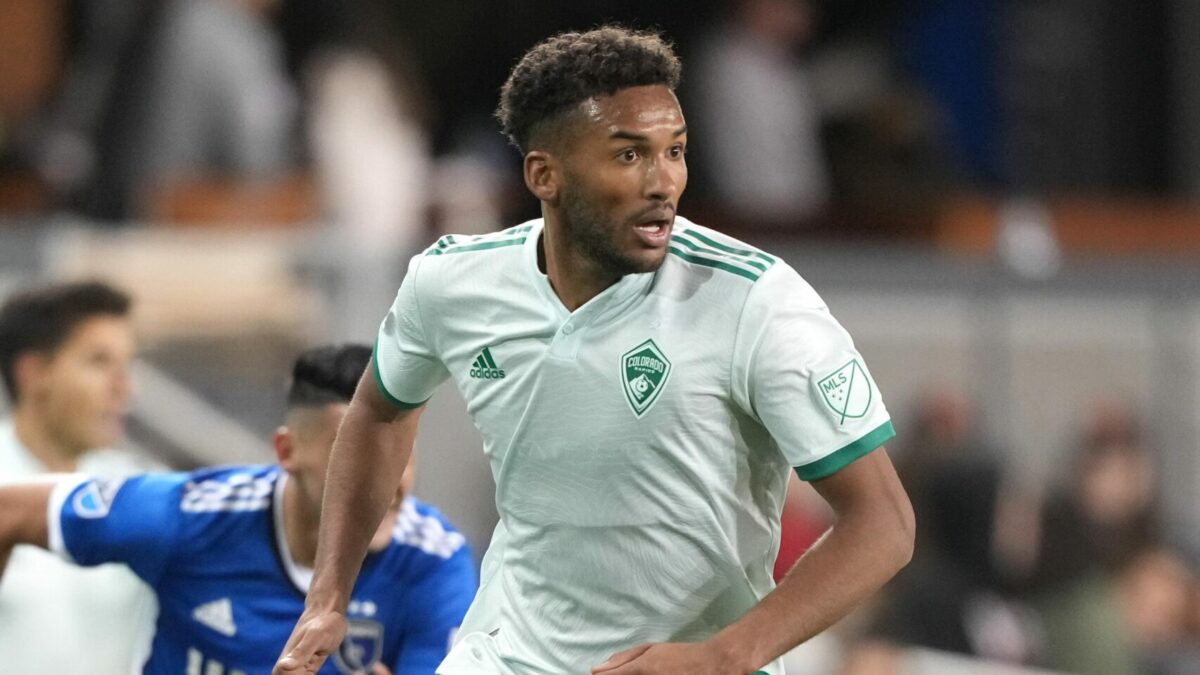 Auston Trusty is set to become the latest MLS product to embark overseas in the coming weeks, and although a new country, club, and league could bring nervousness to a young player, the 23-year-old is ready to embrace the challenge with open arms.

Trusty is in the final weeks as a Colorado Rapids player after securing a permanent transfer to English Premier League side Arsenal back in January. Although he has spent the first half of the 2022 MLS regular season back in Colorado, Trusty has one eye on making a positive impression in London as he prepares to join up with Mikel Arteta’s squad this July.

“My whole goal last year was to focus on myself and to do my thing on the field, and I knew if I did that then good things would come,” Trusty told SBI. “I had some interest from some various clubs and then Arsenal came into the picture and that is a club where you don’t really say no if they come calling for you. Arsenal is one of the biggest clubs in the world and it has always been a dream of mine to get to Europe one day.

“I’m very honored to be in this position and to be one of their players,” Trusty added. “I think it would be on the bucket list of a lot of young kids to play for a team like Arsenal and it definitely was on mine. It’s also pretty cool to have another American like Matt Turner joining the club around the same time, it just continues to show the barriers that players from the United States have continued to break. Hopefully we can continue to make strides for American soccer.”

Trusty’s move to Arsenal comes four years after making his MLS debut with the Philadelphia Union, the first key chapter of his professional career. After working his way through the Union’s academy, Trusty broke into Jim Curtin’s squad, teaming up with fellow homegrown defender Mark McKenzie in the heart of the Union’s defense.

Trusty totaled 56 league appearances for the Union, scoring two goals and adding one assist, but most importantly, earning valuable first-team minutes as a young player. Despite his time in Philadelphia being short, Trusty credits current Union head coach Jim Curtin and the academy coaches for preparing him for what’s to come.

“I think the Union did a great job and continue to do so when it comes to preparing young players for the professional level,” Trusty said. “As a young player, it was an easy transition for me to join the first team because of the work you put in throughout the academy and the work the coaches put in with you. They created a great environment for us in the academy and that carried over to the first team.

“It was definitely emotional leaving Philadelphia, but I enjoyed my time there and still connect with people there from time to time,” Trusty added. “It’s like a brotherhood, when I ever go back to Philadelphia and meet up with people. It’s a great feeling.”

The COVID-19 pandemic hampered Trusty’s first season with the Rapids in 2020 as the centerback logged only eight appearances due to a shortened schedule. Since then, Trusty has played a key role in Robin Fraser’s squad, totaling 48 league appearances over the past 16 months, while also being named the Rapids defender of the year in 2021.

Alongside veteran defenders Danny Wilson and Lalas Abubakar, Trusty earned his debut in this season’s Concacaf Champions League while also remaining a consistent starter in MLS play. Trusty has continued to take major strides in the Rapids backline this season, sharpening the skills that caught the attention of Arsenal.

“I have learned so much from all of my teammates, not just the centerbacks, but everyone,” Trusty said. “Nobody in the team is afraid to ask or answer questions so that is a big boost for me in terms of learning on the field. It’s been such an exciting environment in Colorado and I think that has helped shape me into the player I am today.

“In terms of the centerbacks and fullbacks, we all have great chemistry with one another and all bring something different to the table,” Trusty added. “Everyone has different things in their game that I try to take and add to mine because it all can be useful on the field. It’s been a good relationship with everyone here and we really try to share ideas with one another to improve us as a whole.”

Trusty was included in Gregg Berhalter’s squad for a 1-0 friendly win over Bosnia and Herzegovina last December before also being called into the USMNT’s January camp in Arizona. The growing competition among the USMNT centerbacks has made a national team return a more challenging task for Trusty, but he is embracing the challenge.

“I might not have my first cap with the National Team, but that just adds more motivation for me to improve and to put myself back in consideration,” Trusty said. “I think the amount of competition in the current squad nowadays is great because that only pushes players to give it their all and to keep improving for the overall goal. I am definitely working on getting myself into the camps again.”

Trusty has roughly three weeks before he moves to England for the start of Arsenal preseason camp, giving the American defender a few more opportunities to sharpen his game before taking on the biggest challenge of his young career.

“It’s a bittersweet feeling because it’s been great getting close to the guys here, but it’s also a great opportunity,” Trusty said. “I have many goals that I want to accomplish in my career and playing in Europe is one of them. My main goal though is to show that I can play over there because I know if I can focus on my game and do what I believe I can do, the rest will take care of itself.”