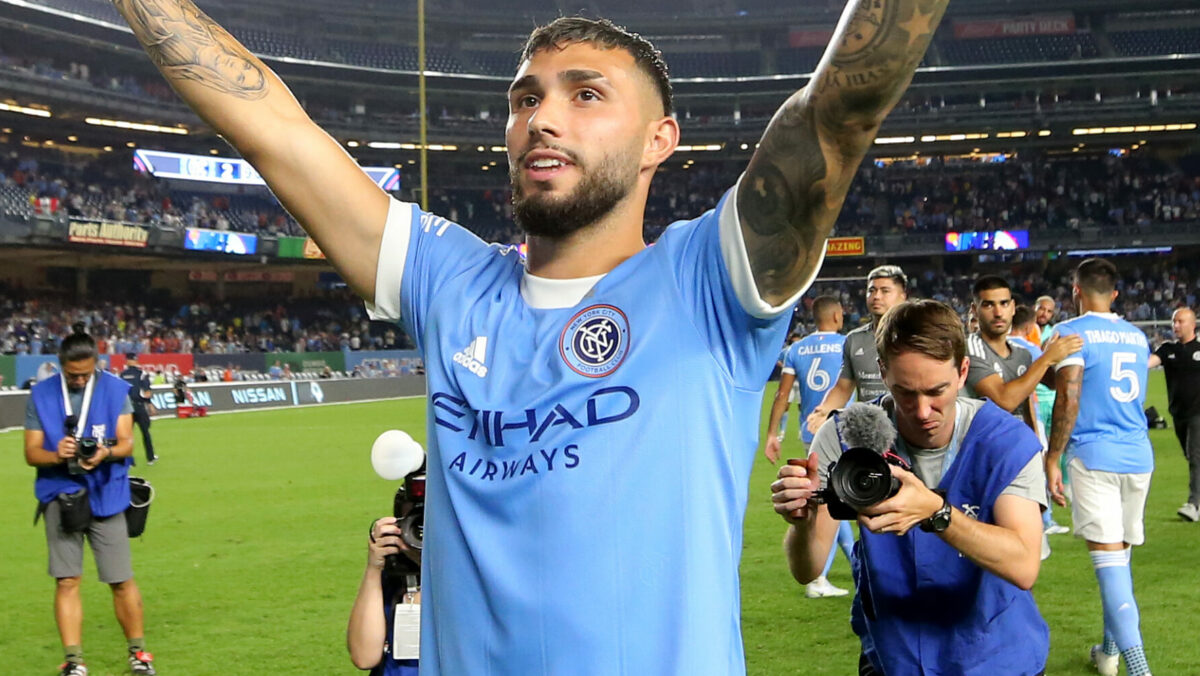 Valentin Castellanos became one of the top strikers during his time in MLS with New York City FC and will now have his opportunity to shine in Europe for the first time.

La Liga side Girona added Castellanos on loan through June 2023, the club announced Monday. Castellanos will remain under contract with NYCFC through that time, but now has his first opportunity to play in one of Europe’s top five leagues.

Castellanos is only the second player in NYCFC history to score 50+ goals for the club and is the only player in club history to score four goals in a single match, a feat he achieved in a 6-0 romp over Real Salt Lake earlier this season.

“I came to New York City four years ago and this experience has been everything I could have wanted,” Castellanos said in a club interview. “It was here where I grew up and took my game to the next level. MLS is a strong and extremely competitive league with fantastic quality. I’ve always said that the people at the Club are incredible, it’s like a family. My teammates and the amazing staff that have spent so much time with me have helped me become the player I am today.

“I was so proud to be able to win the Golden Boot last year and help the team bring home the Club’s first MLS Cup for our fans – it is a special moment in my life and one that will live with me forever,” he added. “Thank you to the best fans in the league for always supporting me and cheering me on every single game, you’ve given me so much belief over the years.”

The 23-year-old will be a major piece for NYCFC interim head coach Nick Cushing to replace going forward. NYCFC has won four matches in a row for the first time in 2022, but will certainly miss Castellanos’ production for the rest of the season.