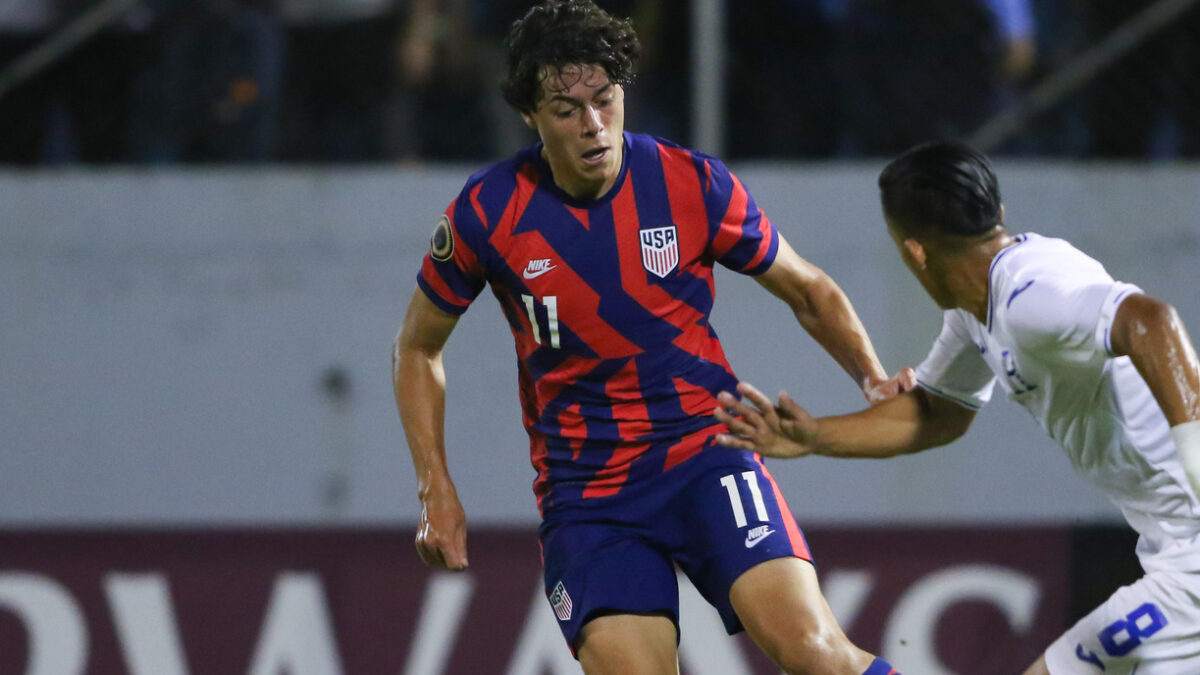 Caden Clark is one of the more experienced players in the U.S. Under-20 men’s national team squad and with an Olympic berth on the line on Friday night, the New York Red Bulls attacker delivered a strong performance in Honduras.

Clark registered one assist and helped set up a second goal in the USMNT U-20’s 3-0 semifinal victory over Honduras at the Concacaf U-20 Championship. Clark’s impressive night for the Americans helped him earn SBI’s USMNT U-20 Man of the Match honors.

Clark got the nod in Mikey Varas’ starting lineup and was lively from the opening whistle.

With the Americans leading 1-0 thanks to a Paxten Aaronson goal, Clark’s dangerous cross from the left wing was flicked home by Alex Alvarado for a two-goal advantage. The 19-year-old came into the match with three assists in the tournament and extended his total to four after helping the Americans double their lead.

Clark finished the match with 90 minutes under his belt as he continues to get back to his best following a lengthy injury in MLS.

With both World Cup and Olympic berths now clinched, the USMNT U-20’s will turn its focus to Sunday’s Concacaf U-20 Championship Final against the Dominican Republic, seeking a third-straight finals victory.