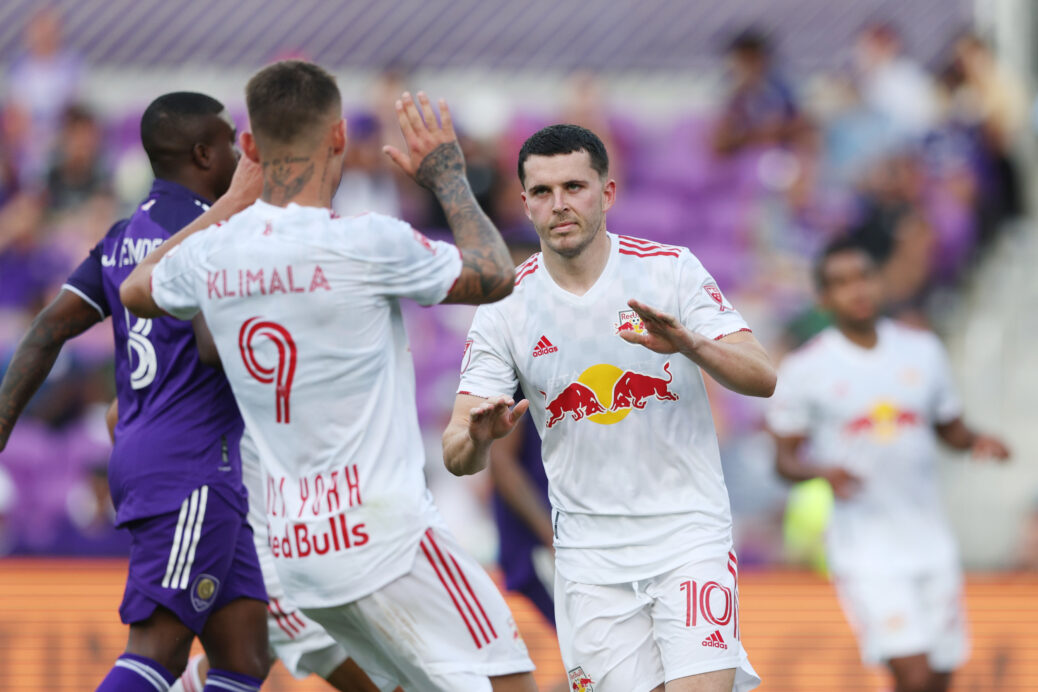 Four teams — Sporting KC, Sacramento Republic, New York Red Bulls and Orlando City — are still in the hunt for the U.S. Open Cup, and Wednesday’s matches will determine the finalists.

Sacramento Republic arrives into this late stage in the tournament after taking down the Los Angeles Galaxy and the San Jose Earthquakes. Led by a strong back line headed up by Conor Donovan and Lee Desmond, Sacramento will have no fear facing yet another top-level club. Sporting KC continues fighting in the Open Cup despite a poor league campaign, and plenty will be on the line given each club’s standing in this match.

Gerhard Struber’s Red Bulls side comes off an impressive win last weekend at Austin FC, in which four Homegrown players scored. The Red Bulls’ depth has carried it through this tournament and a positive campaign in MLS. Orlando City powered through the Round of 16 over Inter Miami, then needed penalties to beat Nashville SC and arrive in the semifinal.

Here are the two remaining matchups in the Open Cup semifinals.

Sporting KC has performed way beyond the parameters of its 2022 MLS campaign in the Open Cup. Forward Khiry Shelton has two goals, while going scoreless in 14 MLS starts. The importance of the competition — one which Sporting KC has won four times — is elevated, with a playoff spot in MLS well out of reach and a Concacaf Champions League spot up for grabs.

Sacramento Republic, however, has the opportunity to make history and become the first non-MLS Open Cup finalist since 2008. The Republic are led by Rodrigo Lopez, who leads the competition with four goals, and Luis Fernandes, whose heroics against the Galaxy landed the team in this semifinal. Sacramento have put together an impressive Cup run, beating the Galaxy and Quakes on the road. A home match in Sacramento with the final on the line is sure to provide a raucous atmosphere for a club that at one time seemed destined for inclusion in MLS.

Sacramento is in the middle of the pack in the USL Championship, at eighth in the Western Conference with some games in hand over teams ahead of it. Sporting KC’s struggles in MLS have mounted with one win in its last six games.

Orlando City has managed to squeak through to the semifinal after each of its past two Open Cup matches went into extra time. Centerback Rodrigo Schlegel saved his team in the third minute of stoppage time, scoring to send a quarterfinal matchup with Nashville SC into extra time. The Lions won in the penalty shootout.

The Red Bulls, on the other hand, have scored three goals in their last three Open Cup matches, including 3-0 takedowns of New York City FC and D.C. United. Luquinhas and Lewis Morgan have combined for four goals during that time, while Struber hasn’t been afraid to deploy the Red Bulls’ myriad options of Homegrown players to fill in when the schedule gets congested.

Playmakers will have key roles in this matchup, with both teams possessing a litany of attacking options. For the Red Bulls, Luquinhas will try to rekindle his form from a few weeks ago. Orlando City’s Facundo Torres is one of the top newcomers in 2022, with four goals and six assists in MLS.

Orlando City has not earned a win over the Red Bulls since 2020, with a 3-0 loss earlier in the 2022 MLS season epitomizing the Red Bulls’ strength in road matches. Orlando City should know what it is up against in this match, and will be challenged to break the Red Bulls’ ability to counter attack with its strong defense and its own ability to burst forward in attack.