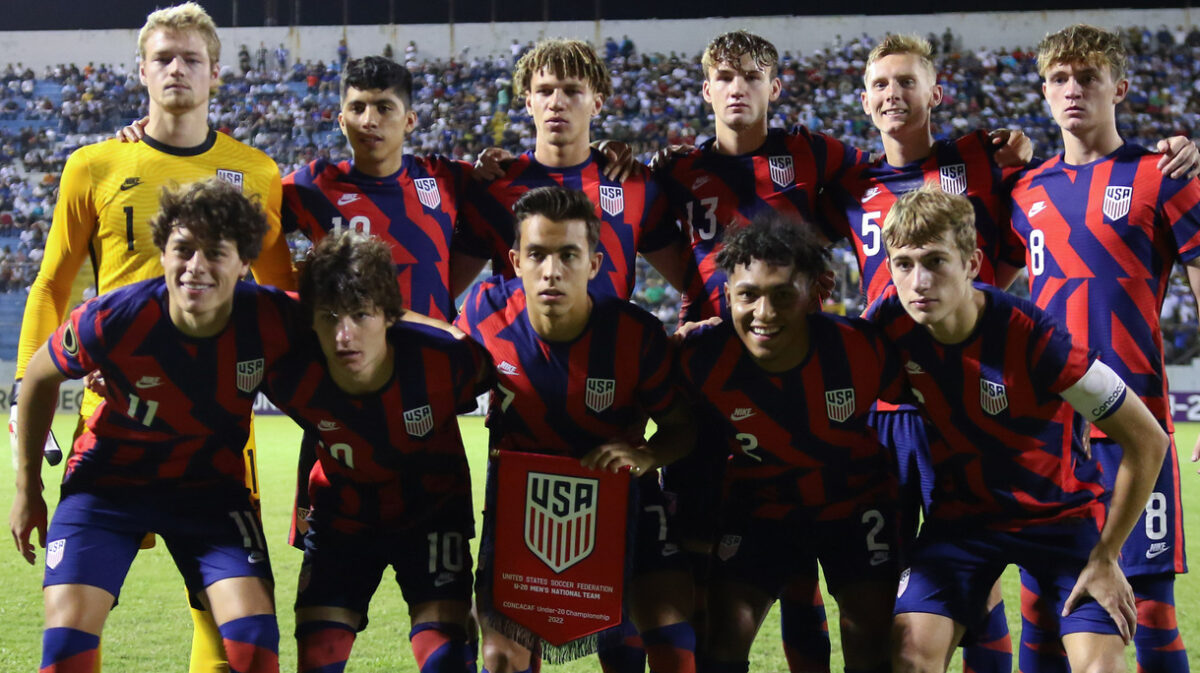 The U.S. Under-20 men’s national team faced a daunting semifinal clash against Concacaf U-20 Championship hosts Honduras on Friday, but used a dominant first half to clinch a Summer Olympics berth and a spot in Sunday’s tournament final.

Paxten Aaronson, Alex Alvarado, and Quinn Sullivan all netted goals in the opening 45 minutes as Mikey Varas’ side rolled to a 3-0 semifinal victory. With the win, the Americans clinched a first Olympics berth since 2008 and will face the Dominican Republic in Sunday’s final for a chance to win the tournament for the third edition in a row.

Aaronson needed only four minutes to break the deadlock in San Pedro Sula, flicking home a free kick from Brandan Craig past Juergen Garcia for his fifth goal of the tournament.

The Americans continued to create offensive chances as the first half went on and Alvarado benefitted from a bit of luck for his first goal of the tournament. Caden Clark’s cross from the left wing allowed Alvarado to poke a shot towards goal that Garcia could not avoid squeaking underneath him and into his net.

Sullivan added a third goal for the USMNT U-20’s prior to halftime after Clark rounded Garcia and tried passing the ball into the back of the net. Sullivan slammed home the loose ball for his sixth goal of the tournament.

Both Aaronson and Clark were denied chances to add to the Americans advantage in the second half with Garcia keeping the deficit at three goals. Honduras upped its offensive pressure, but the USMNT U-20 backline stood firm to post its fifth clean sheet in six matches.

Chris Brady finished with two saves on the night for the Americans, posting his fourth shutout of the tournament.

The USMNT U-20’s face off with the Dominican Republic, which overcame a 2-0 deficit earlier in the day to defeat Guatemala 4-2 in penalty kicks.

The USMNT will face the Dominican Republic on Sunday in San Pedro Sula for a chance to lift the tournament trophy.