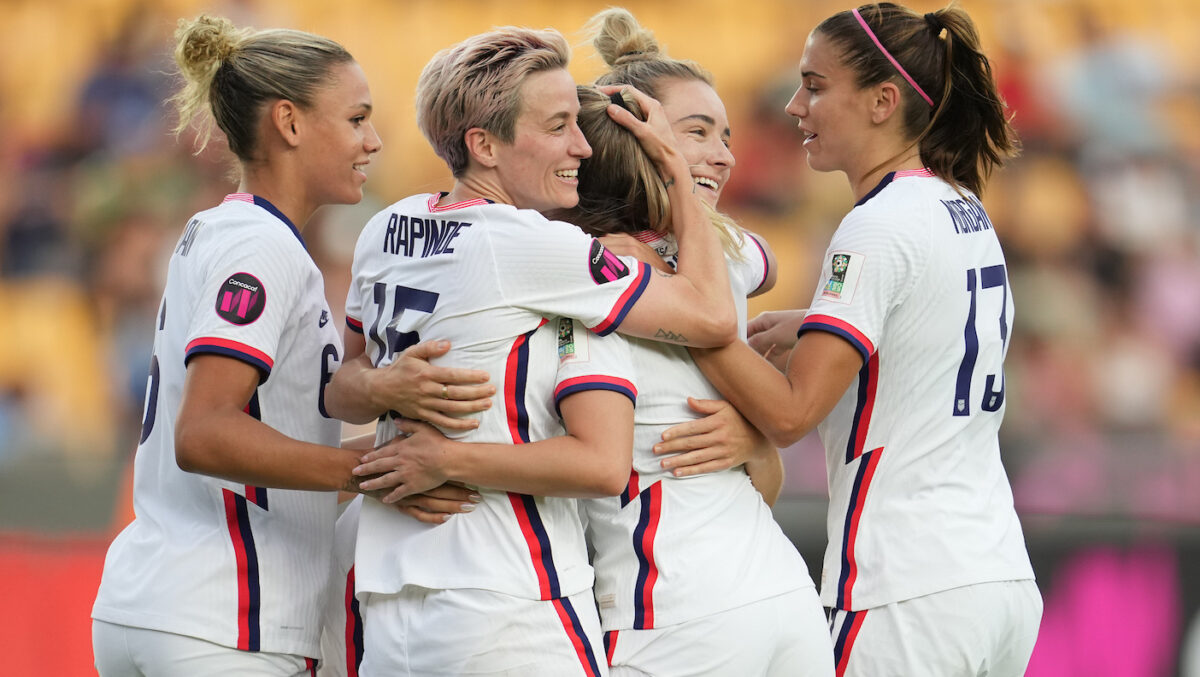 The U.S. women’s national team’s quest for a third-consecutive Concacaf W Championship title continued on Thursday with the Americans advancing to the final of this year’s competition.

Vlatko Andonovski’s squad remained perfect in Mexico this summer, downing Costa Rica 3-0 to move one victory away from clinching a berth into the 2024 Summer Olympics. Emily Sonnett and Mallory Pugh each scored before halftime while Ashley Sanchez added a late goal to ice the convincing result.

Alex Morgan came close to breaking the deadlock in the third minute of the match, but the veteran attacker was left frustrated after hitting the right post from point-blank range.

However, the Americans would celebrate a first-half lead as Sonnett pounced on a rebound in the 34th minute to score her first goal of the tournament. Andi Sullivan’s shot following a corner kick was blocked, but Sonnett made her rebound attempt count by scoring into the bottom-corner.

Mallory Pugh doubled the USWNT’s lead in the second minute of first-half stoppage time, picking up a back heeled pass from Rose Lavelle and slotting home into the bottom-right corner. It was Pugh’s sixth goal in 2022.

Costa Rica did its best to try and get back into the match, but overall the Americans pressure capped the final score at 3-0 in stoppage time. Ashley Sanchez’s right-footed shot found the top-left corner, giving the USWNT its fourth shutout victory of the tournament.

The Americans will now face Canada in Monday’s final.