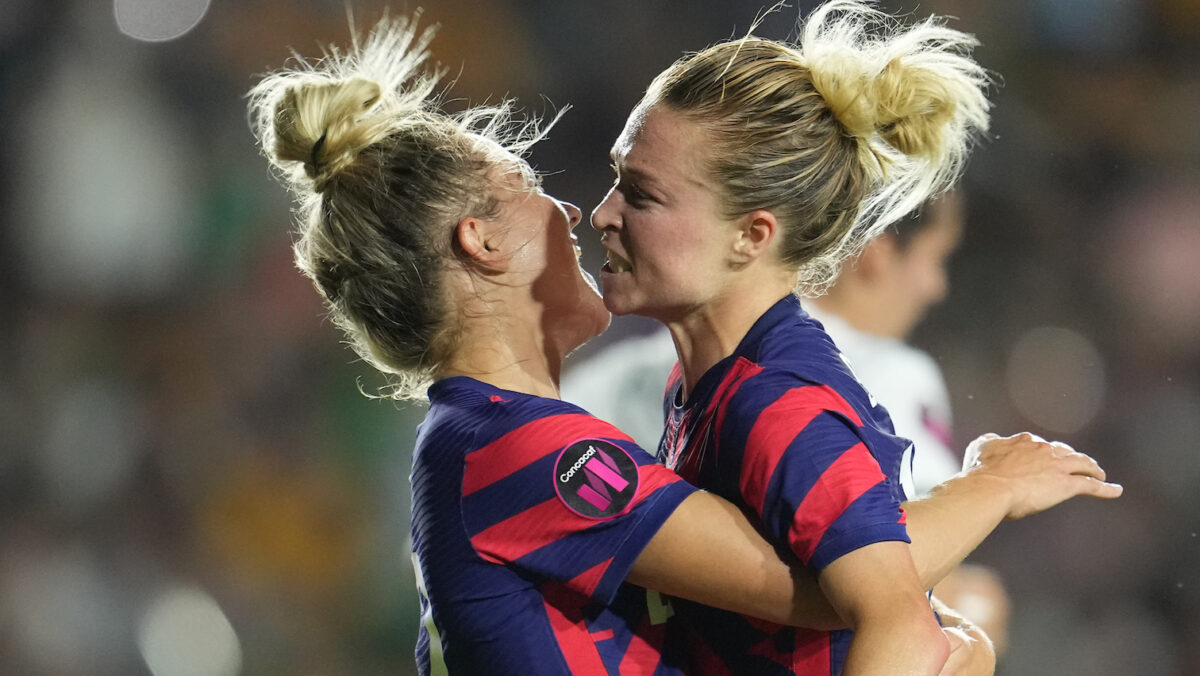 The U.S. women’s national team closed out group stage play at the 2022 Concacaf W Championship on Monday with Vlatko Andonovski’s side using a late winner to eliminate hosts Mexico from the tournament.

Kristie Mewis’ 89th-minute winning goal propelled the USWNT to a 1-0 victory, which helped it Group A with an unbeaten record. The Americans will now face Costa Rica on Thursday in one semifinal showdown while Canada faces Jamaica in the other.

The USWNT started the match on the front foot, coming close to an opening goal through Margaret Purce’s strike in the 15th minute. However Purce and her USWNT teammates were left frustrated as the crossbar came to Mexico’s rescue and denied the Americans the opening goal.

Lindsey Horan was denied twice later in the half by Mexico goalkeeper Itzel Gonzalez, keeping the score level to enter halftime.

Gonzalez remained busy in the second half as she repelled efforts by Andi Sullivan and Sophia Smith, keeping the USWNT out through the opening 25 minutes of the second half. However, a red card given to Mexico’s Lizbeth Ovalle would hamper the hosts chances at walking away with one point as the USWNT used the woman advantage to find a breakthrough goal.

Emily Sonnett’s effort in the 89th minute was denied by Gonzalez, but Mewis was on the doorstep to slam home a rebound shot. It was Mewis’ first goal of the tournament, which sealed a perfect group stage record of 3-0 for the Americans.

The Americans have already qualified for the 2023 FIFA Women’s World Cup in Australia and New Zealand and will clinch an Olympic berth by winning the entire tournament.