Whitecaps down Toronto FC in penalties to win Canadian Championship 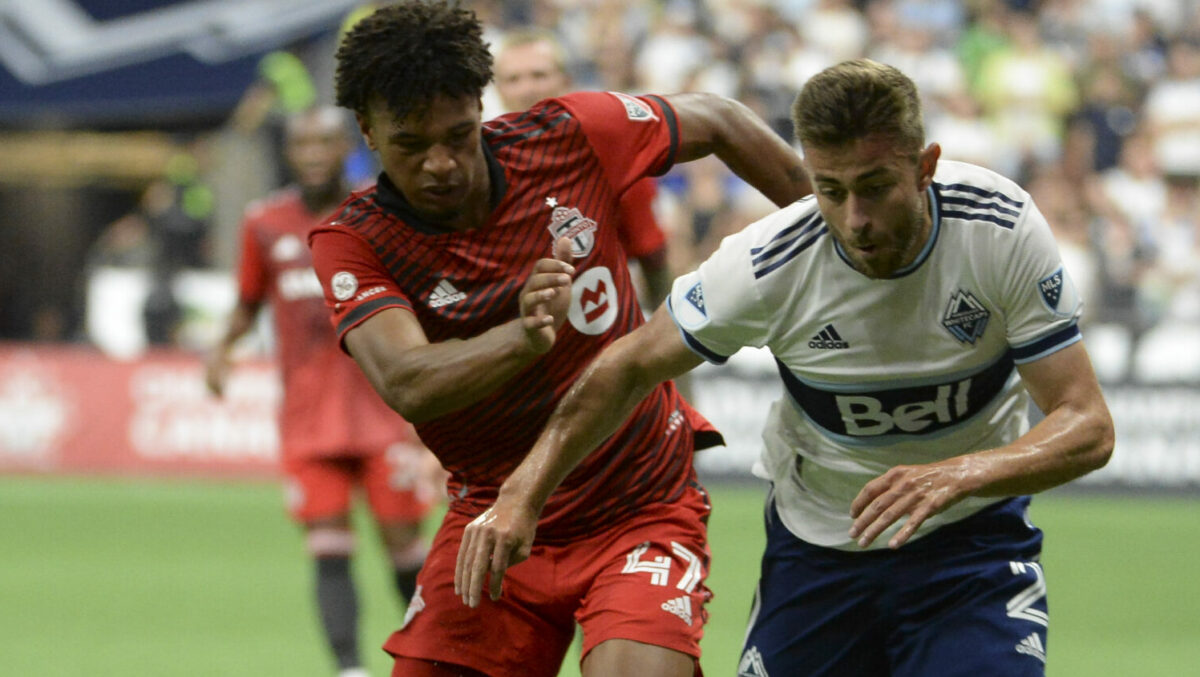 For the first time since 2015, the Vancouver Whitecaps lifted the Canadian Championship after downing rivals Toronto FC in a penalty shootout.

Vanni Sartini’s side edged TFC 5-3 in penalties after the teams played out a 1-1 result through 90 minutes. The Whitecaps’ victory not only handed them the Voyageurs Cup, but also solidified them a spot in the 2023 Concacaf Champions League.

BC Place was rocking after the opening 20 minutes as Brian White’s header from a Ryan Gauld cross beat Alex Bono and propelled the Whitecaps in front 1-0. Gauld intercepted a headed clearance by TFC and delivered a dangerous cross into the box for White to hammer home.

Toronto FC upped its pressure as the match went on and Federico Bernardeschi played a key role on the equalizing goal in the 75th minute. Bernardeschi’s cross into the box was headed home by Lukas MacNaughton, giving Bob Bradley’s side a late lifeline against their Canadian rivals.

Toronto FC’s Jonathan Osorio failed to convert his penalty kick in the third round of the shootout, while the Whitecaps were a perfect 5-for-5 from their spot kicks. Former LAFC defender Tristan Blackmon sealed the shootout victory by scoring his effort in the fifth round, sealing a second-ever Voyageurs Cup win for the Whitecaps.

Both teams return to MLS play this weekend as the Whitecaps visit Nashville SC and Toronto FC visits the New England Revolution.