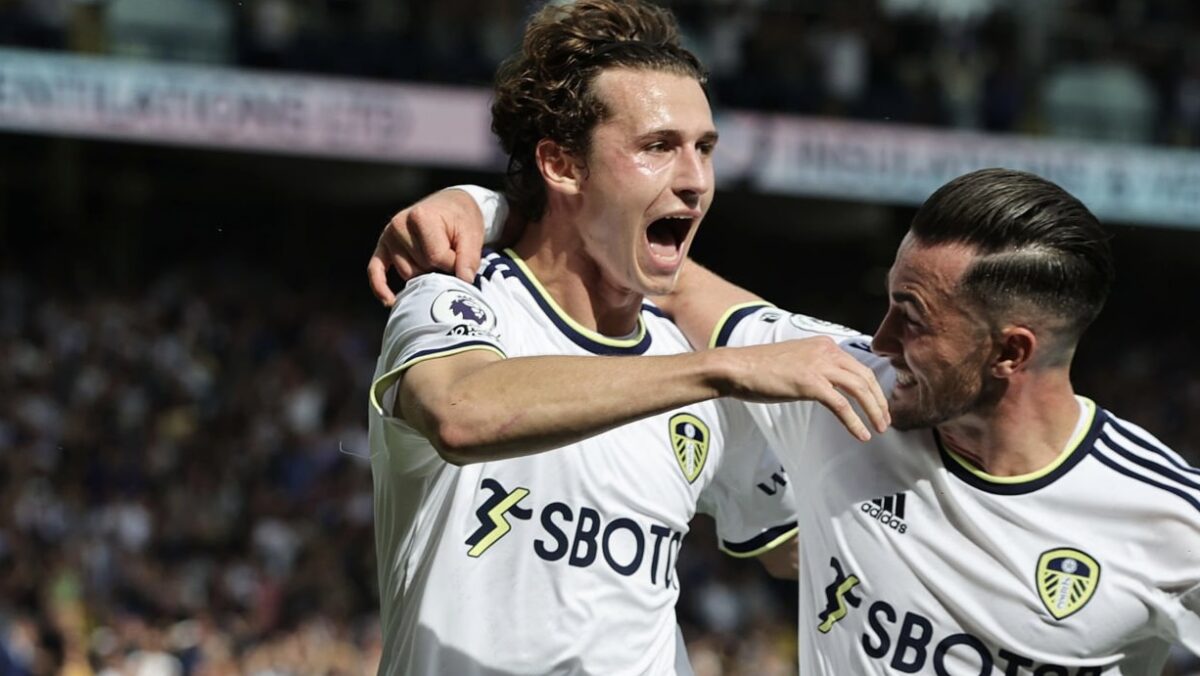 Brenden Aaronson and Tyler Adams jumped right into Jesse Marsch’s starting lineup on Saturday for Leeds United’s Premier League opener and both got to savor a first league victory in style at Elland Road.

Aaronson and Adams both logged 90 minutes in a 2-1 comeback win over Wolves, giving the Yorkshire club a win its first competitive match of the new season. It was a pair of strong EPL debuts for the U.S. men’s national team midfielders, who got to impress their new supporters.

“It’s always good to win and to experience this today at Elland Road, what a wonderful experience for me and a good result for the team,” Aaronson said post match. “It’s a great start to the season. You can tell the high level of intensity out there, Wolves were very tough, they moved the ball really well, but I thought we worked hard and were really good on the counter attacks.”

Aaronson helped play a key role in the equalizing goal prior to halftime, forcing a turnover from Wolves in their own defensive box. Rodrigo eventually picked up possession before unleashing a low drive past Jose Sa for his first goal of the season.

Leeds United continued to pile on the pressure after halftime and eventually swung momentum in its favor for good. Patrick Bamford’s cross from the left wing looked to have been slotted home by a streaking Aaronson, but was ruled an own goal from Wolves defender Rayan Ait-Nouri.

“I’ve talked to them about their adaptation within the team environment and then also what the league is like but both of those guys are incredibly intelligent,” Marsch said. “We know each other really well. I think there’s an ease to the way we work.

“So I’m pleased for both of them because I just think so highly of them as people. So yeah, I think they both had a good match,” he added.

It was a strong start to the season for Leeds United, which avoided relegation last season on the final day. The Lilywhites travel to Southampton on Matchday 2 with Aaronson and Adams both pressing for starts at St. Mary’s Stadium.